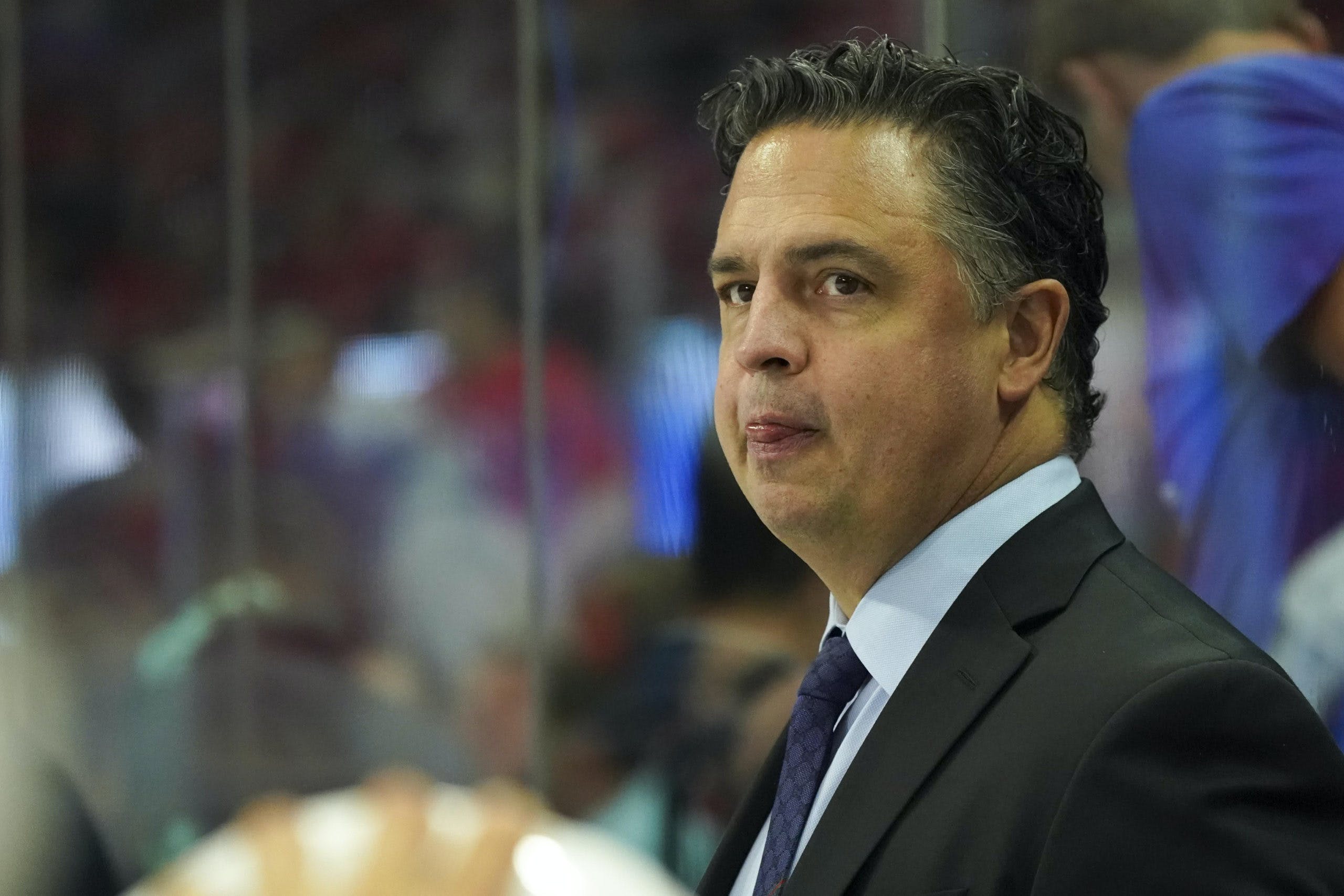 By Mike Gould
7 months ago
Ex-Vancouver Canucks bench boss Travis Green has been interviewed by the Florida Panthers as a candidate to fill their head coaching position, according to a report by Daily Faceoff president of hockey content Frank Seravalli.
Green, 51, served as head coach of the Canucks for parts of five seasons before being replaced by Bruce Boudreau last December. He led the team to a 133–147–34 record during his tenure in Vancouver.
The Panthers are still searching for a permanent head coach to replace Joel Quenneville, who resigned from his position last October in the midst of an investigation surrounding his involvement in the Kyle Beach scandal.
Andrew Brunette filled in for Quenneville in Florida, leading the team to a 51–18–6 record down the stretch and being named a finalist for the 2022 Jack Adams Award. However, it appears the Panthers may have the desire to make another change after being swept by the Tampa Bay Lightning in the second round of the playoffs.
According to Seravalli, the Panthers have also interviewed Barry Trotz, Rick Tocchet, and Peter DeBoer, with Paul Maurice another potential candidate.