Breaking down the tape on new Canucks prospect Filip Johansson’s game, and why we don’t see the “solid defensive game” Patrik Allvin mentioned 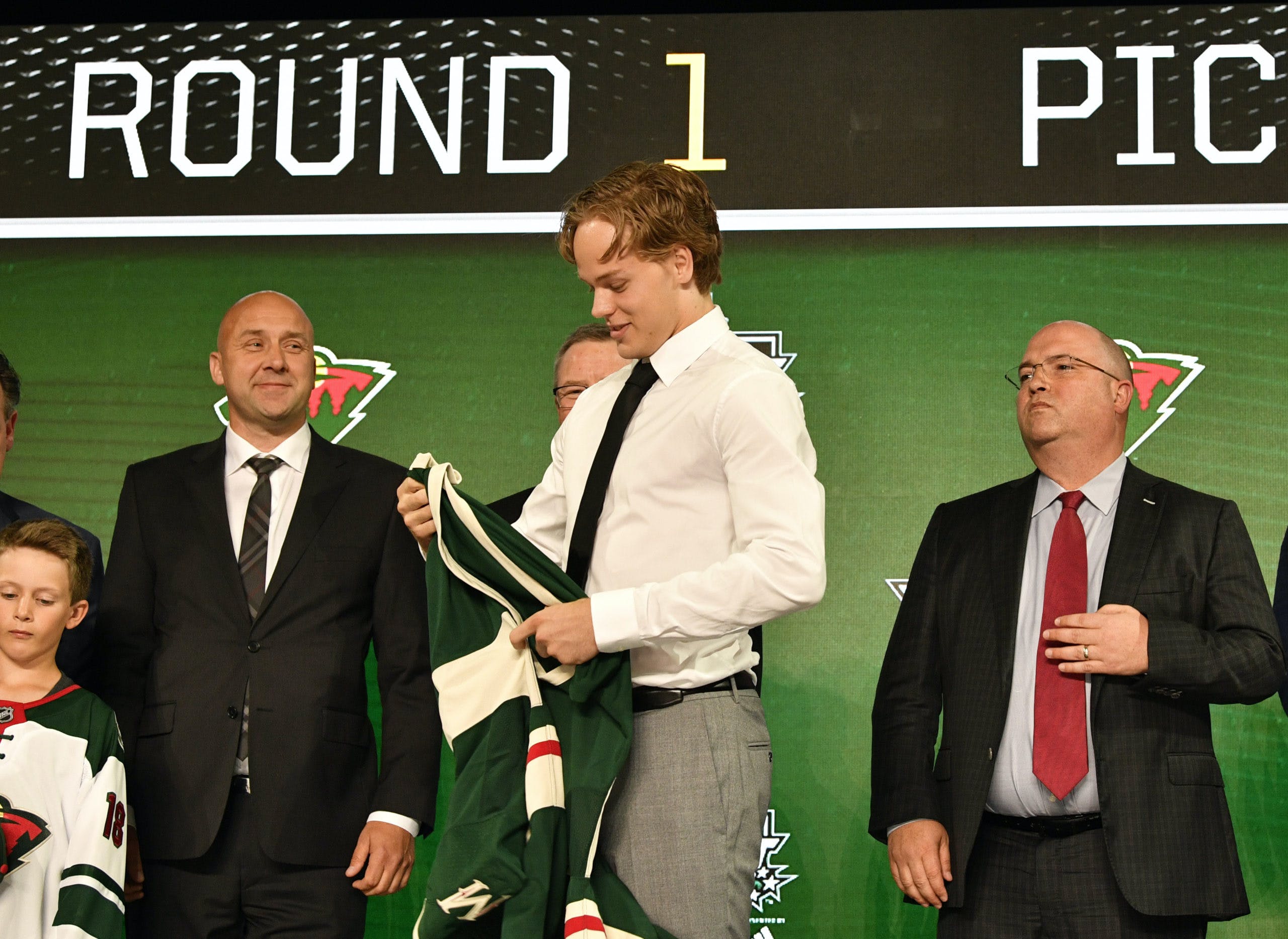 By Faber
7 months ago
The Vancouver Canucks have gone back to the SHL for another free agent to add to their organization. On Tuesday morning, general manager Patrik Allvin announced that the Canucks have signed 22-year-old right-shot defenceman Filip Johansson.
Johansson recorded three goals and eight assists in 47 regular-season games last season with Frölunda in the SHL. His offensive production saw a big jump in the most recent SHL playoffs, where he scored five goals and added two assists in nine games. His playoff scoring included a four-game goal-scoring streak and his highlight tape from the playoffs is definitely fun to watch.
If you simply watch the highlights of Johansson, you’d be very impressed. He has a strong shot from the point, is confident when it comes to jumping into the offence and shows good instincts to get into scoring areas on the power play. When the play is going well, Johansson looks very good.
The problem is that not everything goes well for Johansson.
His aggressiveness in the offensive zone is great when it works but there were many times where we saw an over-aggressive pursuit deep into the offensive zone that led to a two-on-one going back the other way. We’ve learned that Frölunda is one of the most offensive-minded teams in the SHL from some conversations with players and coaches in the SHL. Frölunda teach their defencemen to be ultra-aggressive from a young age but Johansson played with Leksands’ organization as a junior player, he didn’t grow up in the Frölunda program.
Canucks general manager Patrik Allvin praised Johansson’s defensive game in the press release, saying, “Filip plays a solid defensive game and has shown consistent improvement over the past three seasons.”
In our viewing of Johansson, there’s not a lot to love about his defensive game. He’s not physical at all and goes with more of a stretch and poke type of defending instead of using leverage with the body to generate turnovers. He often gets caught pinching too much and those poorly timed pinches create concerns defensively.

Even when he is in a position to defend, there’s a true concern about how he uses his body to defend.

If Johansson was 18 or 19 years old, I’d be a lot more optimistic about his chances of making a smooth transition to North America when he turns 22 or 23 but the problem is that Johansson is already 22 years old and will look to make that jump to North America for the 2023-24 season. He will play next year with Frölunda in the SHL and should be used in their top four once again. The hope is that he really commits to getting bigger and stronger this offseason and plans to work his ass off at becoming a better defender.
We liked what we saw when he was on the power play or at four-on-four and three-on-three. If there’s extra ice or a man advantage, Johansson can be very effective but the risks that he takes in the offensive zone at five-on-five seem to put a lot of pressure on his defence partner. This may be a bit of a structure dilemma with Frölunda but then again, there were just too many times where a pinch didn’t work out well for Johansson.
Sometimes his jumps work well and you see a defenceman who does a good job of advancing play into a scoring chance.

He does look like he could be effective on a power play in North America. We liked how Johansson looks on the left half-wall with the man-advantage. He does a good job of recognizing how a power play scoring chance develops and can be found at the end scoring chance after a quick passing play.
On top of his work on the half-wall, Johansson does impress us with his ability to consistently get one-timers off with accuracy and pace. As you could see in the first video of this article, his shot is powerful and was able to find the back of the net eight times in 56 games this year.
We do have a couple more worries though.
His skating does not look like it’s anything more than average. He doesn’t have the best first three steps and honestly, it made us appreciate Nils Aman’s skating even more after watching Johansson move around in the SHL. The worry about his skating is that he isn’t quick enough to not be physical and simply put, you’ve got to either be quick or strong to make it in North America.
One last worry is the inconsistent breakout passes from Johansson. There are a lot of errant passes through the neutral zone during an attempted breakout that ends up on the opposition’s stick.

I really wanted to be more excited about this prospect but the tape from his play throughout the season just doesn’t get overshadowed by his strong scoring numbers in the playoffs. He definitely had an impressive playoff stretch and the goals looked great! You’d like that to be somewhat of a floor for him moving forward but from watching the tape of games throughout the season, his performance in the playoffs really feels like the ceiling.
The hope is that with some added development from the Canucks organization, he can blast through that ceiling. We know that Johansson will be at development camp in July and it’ll be good to get in-person eyes on him. There may be something I’m missing from my computer screen.
A couple of tidbits about Johansson:
We will have to see what Johansson looks like at development camp but should remember that he will be going into his draft plus-five season. This isn’t a teenager, this is a professional player in the SHL who still has a lot to work on before he earns a spot in North America.
I love the Canucks going after right-shot defencemen because the prospect pipeline truly needs it. Whichever scout was watching this player obviously saw something that they liked but I do find it interesting that Allvin talked about his “solid defensive game”. I just didn’t see it but did like what Johansson can do on the power play or with extra ice.
I’d expect to see Johansson in the AHL for the 2023-24 season and hope to be pleasantly surprised with his skating at next month’s development camp. There are a few skills that we like here in this kid but his strength, skating and defence didn’t show well in the tape. Let’s see what this kid can do this coming season in the SHL and hope that he does enough to earn a shot with Abbotsford for the 2023-24 season.