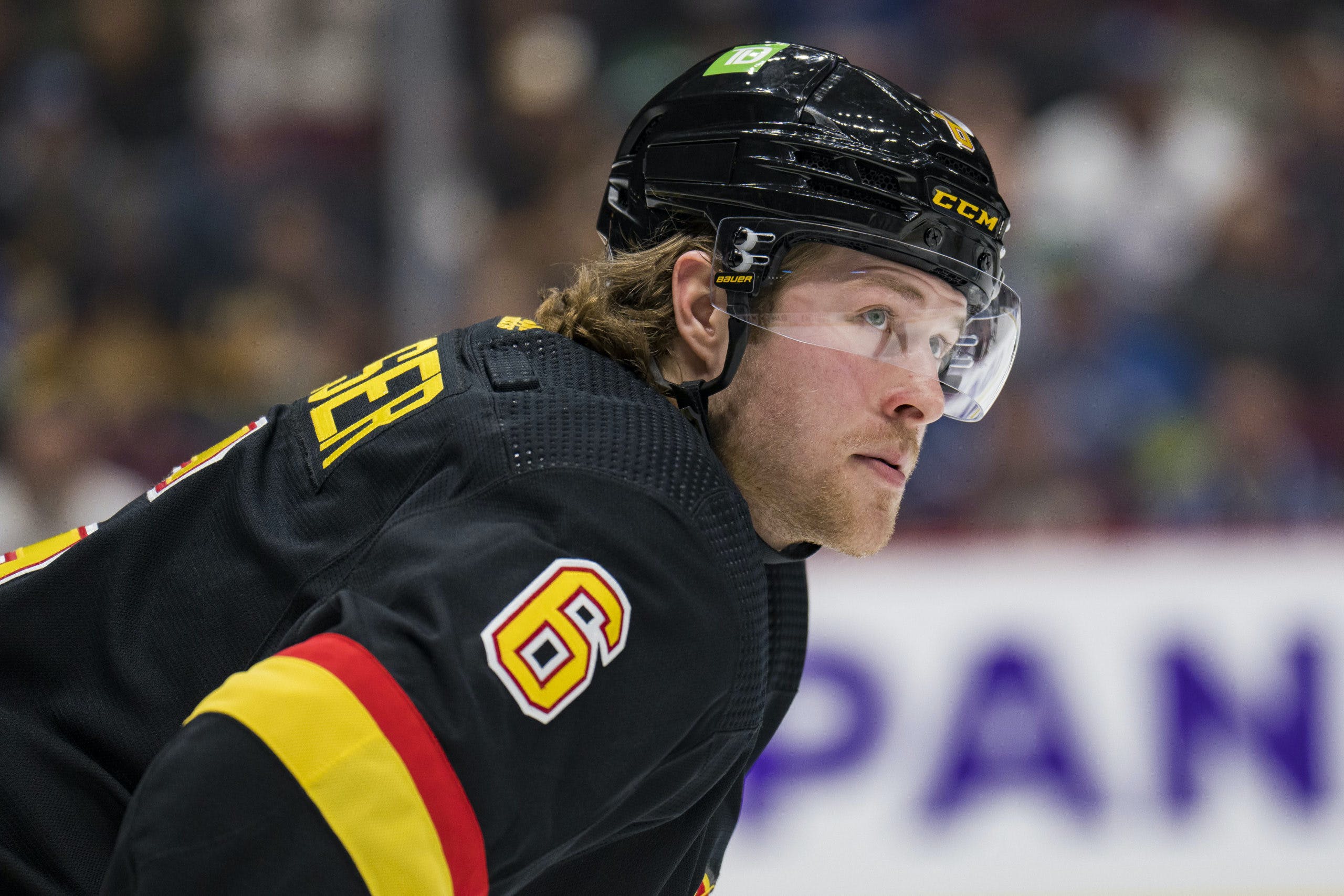 By Isabella Urbani
7 months ago
Brock Boeser was the Canucks’ best offensive player during 2021’s shortened and reimagined 56-game NHL season. He led the team in points, goals — both on the power play and at even strength — and shots. When fellow top-liner Elias Pettersson was kept out of the lineup due to injury, Boeser, alongside JT Miller, picked up the brunt end of the goalscoring — a role Boeser hasn’t found himself in since his rookie year with the team, but a role, nonetheless, he comfortably fell right into place with.
But that was last year. This year told a much different story, headlined by stretches of pointless play. The 25-year-old started the year off strong. In games he didn’t manage to find the scoresheet, he made sure to find it twice the next night. By the ten-game mark, he had recorded two multi-point games and two separate point streaks of at least two games.
Then came the stagnancy. Eight games came and went with nothing to show for except a negative plus/minus. What changed? How had Boeser gone from a near 30-goal season in his rookie campaign to gradually regressing in goals and points? Was it a lack of confidence? The separation of the lotto line? During Boeser’s end-of-year media availability, he voiced his displeasure with some elements of his game.
“It was a tough year. I felt I could have been better for the team. I feel like I can score a bit more. When Bruce took over, I think I started to find my game, score goals, and get confident again. There’re some things away from the rink that was tough this year – it was definitely a challenging year.”
Boeser sat at 10 points in 22 games when Bruce Boudreau replaced Travis Green in December. 49 games later, he had another 36 points and 19 goals, putting him just under 50 for the season. At that rate, Boeser would be on pace for 32 goals.
Despite putting the second-most shots on net in his career, Boeser had one of the worst shooting percentages in his career, finishing just below 12%. During his interview, he hinted that he needed to put a few more goals in the back of the net to help the team win more games.
Boeser seemed to be in the right areas at the right times – waiting wide open at the side of the net, on the receiving end of a Pettersson 2 on 1, or with plenty of time and space on the half-wall during the powerplay. The puck may have found him this season, but it just couldn’t find the back of the net.
Defensively, there is also much to be done. The last time Boeser recorded a positive plus/minus on the team was during the 2019-20 season with his lotto line teammates.
“200 ft game. I really took pride last year in making sure it was good in the D-zone,” said Boeser about what he needs to be better on for next season. “I felt like I wasn’t as good in the D-zone this year, little details like that, showing up on a consistent basis. I felt that there were times that I got into games, didn’t feel confident, and didn’t make much of a difference.”
Under Boudreau, Boeser was able to bring down his longest pointless drought from eight to four. There is a correlation between the forward’s production and goals. Chances are when Boeser finds the back of the net, he is going to for the following games. But as soon as one doesn’t get one under his belt, there was an obvious disconnect in his play.
Searching for answers, troubles on the home front regarding the forward’s father, Duke, who had been battling through a series of health issues this past year, were brought up in relation to Boeser’s performance.
The Canuck forward shared that his father — who has had a littany of health problems over the years, including Parkinson’s and cancer — was battling dementia and wasn’t doing well.
Unfortunately, on May 27th, the Canucks confirmed that Duke had indeed passed away after Boeser’s mother, Laurie, posted the following just a day before.
“Our beloved Duke is skating his last lap around the hockey rink. He is at our home resting. Our family is close by his side. He’s had some wonderful visits from family, friends and neighbours. Please pray for his comfort and peace as he makes his way home to our heavenly father. And please pray for our children as this is so very hard for them to let go.”
“He is a valued member of the team. Everybody likes Brock. We’re going to need Brock to be good if we want to be good. We can’t comprehend what he is going through, all we can do is try to be there for him,” said Quinn Hughes after a teary-eyed Boeser excused himself from his end-of-season media availability.
Possibly adding to those troubles could be the uncertain road ahead. Boeser is a UFA this summer and is expected to engage in contract talks with the team shortly before free agency kicks in this July. Boeser last signed a three-year bridge contract worth $5.875 AAV ahead of the 2019-20 season.
“We need him next year. Hopefully, we can be the best support system for him,” said Hughes. “He has really good friends here on the team and in Minnesota. It’s important for him to go home and spend good quality time with his family and come back ready to go.” The defenceman closed the conversation by adding, “he’s going to come back and have a good year next year, believe that.”
The Canucks and Boeser’s camp will now turn their attention to getting a contract done this offseason as the July 11th deadline to qualify restricted free agents approaches. With that done, Boeser can finally close this season’s tumultuous chapter and prepare himself to re-open another next year.