Canucks extend qualifying offer to DiPietro, do not qualify Lammikko, Highmore, and Bailey 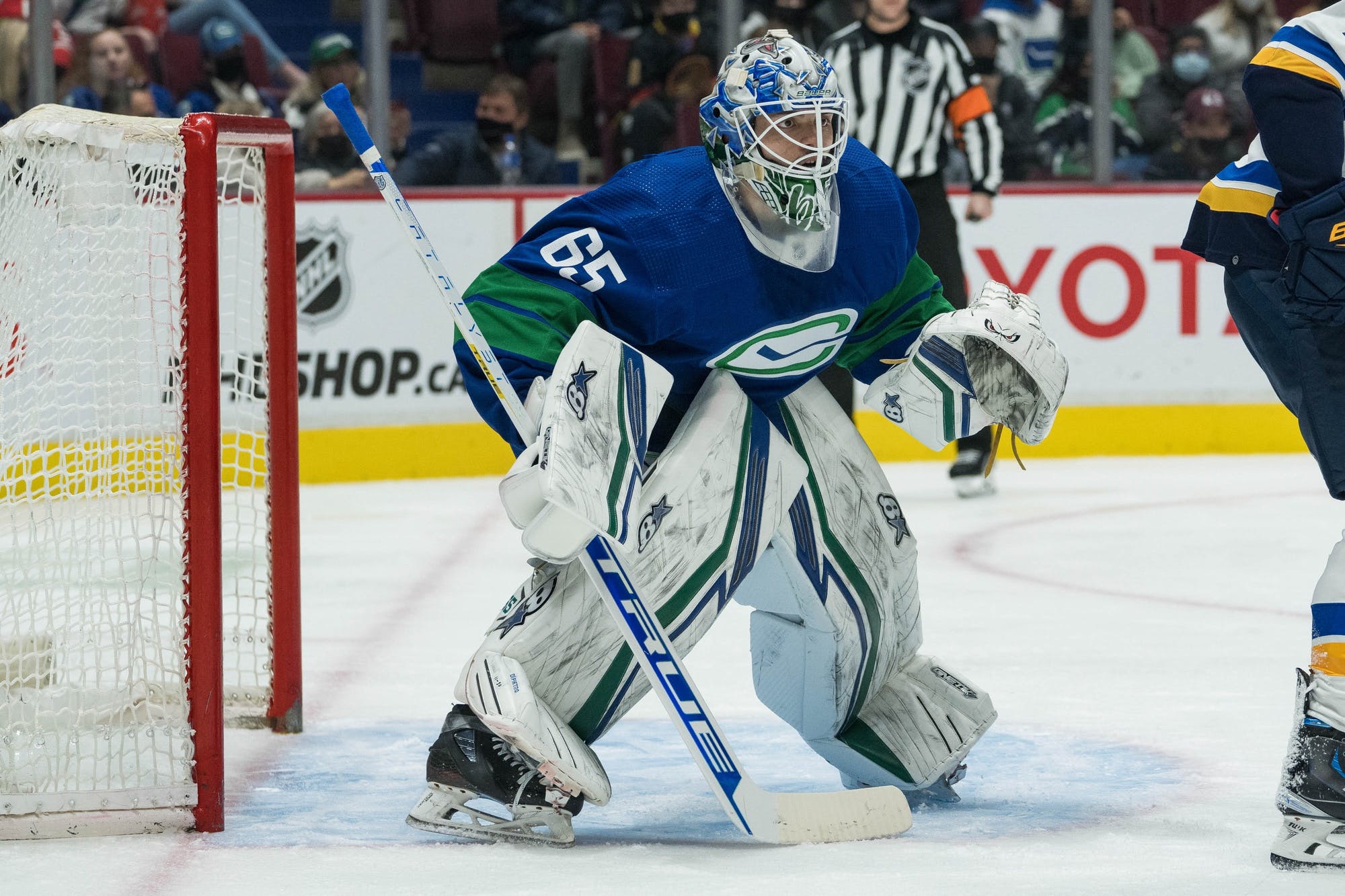 By Mike Gould
6 months ago
The Vancouver Canucks have extended a qualifying offer to goaltender Michael DiPietro, the club announced Monday.
The Canucks have not extended qualifying offers to forwards Juho Lammikko, Matthew Highmore, and Justin Bailey. Unless they agree to terms on new deals with the Canucks in the next two days, they’ll become unrestricted free agents on July 13.
DiPietro remains a restricted free agent in the Canucks’ system. The 23-year-old goaltender played one NHL game with Vancouver in 2021–22 and went 15–13–4 with a .901 save percentage in 34 AHL appearances with the Abbotsford Canucks.
Lammikko and Highmore, both 26, helped form a reliable fourth line for the Canucks under head coach Bruce Boudreau in 2021–22. Highmore scored five goals and 12 points in 46 games with Vancouver; Lammikko scored seven goals and 15 points in 75 games.
Bailey, 27, spent the majority of the 2021–22 season in Abbotsford. The 6’4″ forward scored 15 goals and 27 points in 30 AHL games but was held without a point in 14 NHL games with Vancouver.
The Canucks originally acquired both Lammikko and Highmore via trade. Lammikko came to Vancouver prior to the 2021–22 season as part of the deal that sent Olli Juolevi to Florida; Highmore was acquired from Chicago for Adam Gaudette in 2020–21.
More from CanucksArmy:
Uncategorized
Recent articles from Mike Gould