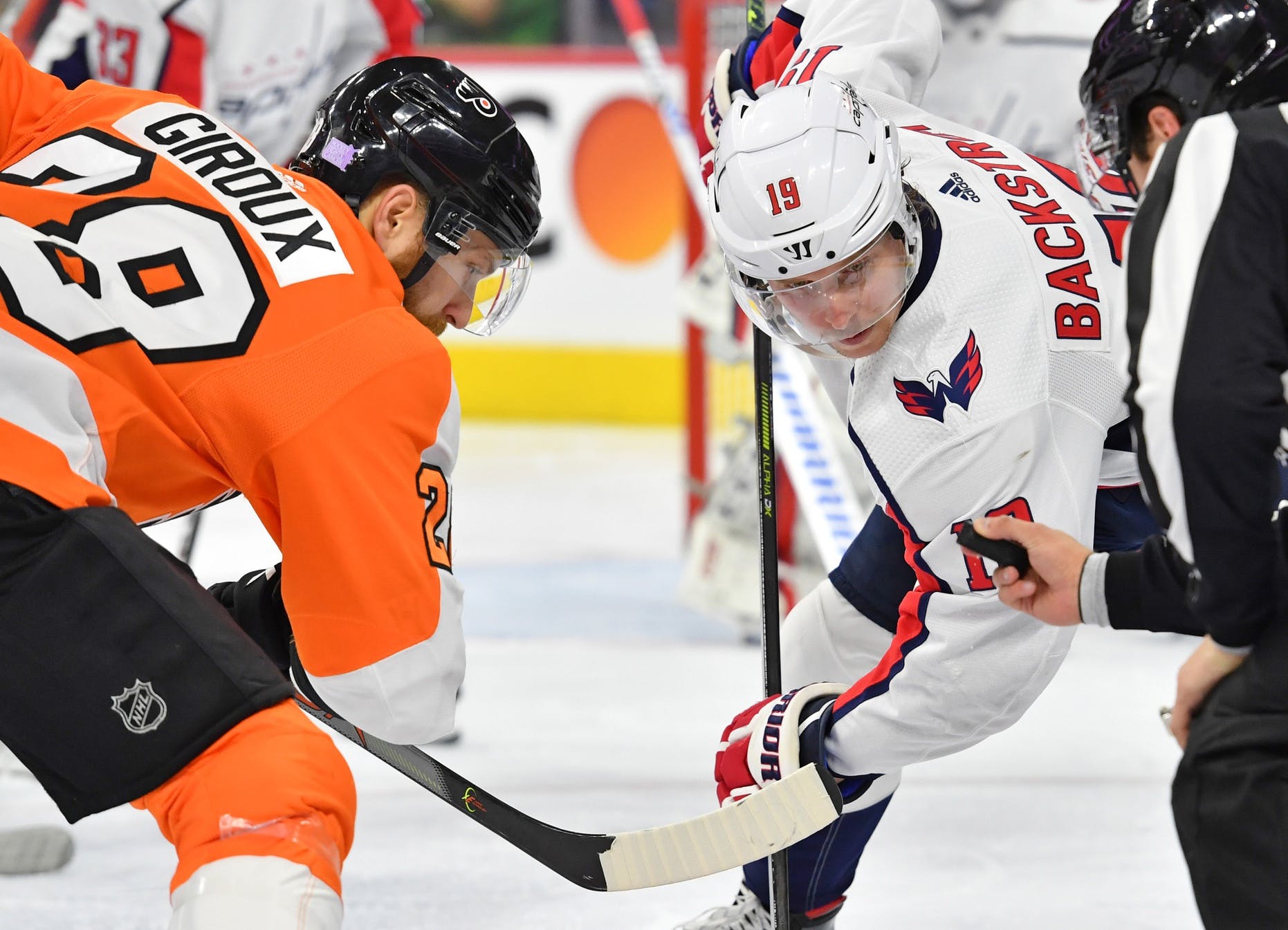 Photo credit: © Eric Hartline-USA TODAY Sports
By Stephan Roget
7 months ago
Comments
The potential trade of JT Miller this offseason remains a difficult one to cover from a media perspective.
On the Vancouver Canucks’ end of things, there have been little to no updates. The front office headed by POHO Jim Rutherford and GM Patrik Allvin have said little definitively on the subject, and even the small crumbs of information that have leaked out haven’t been very useful.
The word on the street seems to be that the team has a set limit on what it is willing to offer Miller on his next contract extension, and that a trade for Miller will be explored if his ask is well over and above that limit.
From there, we’re forced to look at the league contract market itself, estimate how much Miller might be asking for, and attempt to do the math with no real knowledge of the variables.
The smart money still seems to be on Miller’s ask outpacing the Canucks’ offer, and him ending up elsewhere as a result. But there’s just no way to know.
Advertisement
Ad
Advertisement
Ad
Another angle that we can take to try to figure out what’s going on is to look outside of the Canucks organization. By doing that, we can begin to assess which other teams might be interested in trading for Miller’s services, which helps us to determine what sort of trade offers might be proposed, which in turn helps us understand the sort of value the Canucks will be weighing in their internal “trade or extend” debates.
All of which brings us to two very important pieces of news from this past weekend. We’ve already identified more than a dozen teams who could be interested in Miller. But now, two teams are facing some unique circumstances that make them all the more likely to trade for him this summer, and to pay a premium price for the privilege of doing so.
Advertisement
Ad
Advertisement
Ad
The first team is the Philadelphia Flyers. They didn’t even make our initial list, under the erroneous assumption that the franchise was entering a soft rebuild or retool of sorts. With captain Claude Giroux and others out the door, and a bevy of prospects and picks waiting in the wings, it wasn’t an unreasonable assumption.
But then the Flyers hired John Tortorella, who is not the sort of coach that one hires when a rebuild is the plan — especially not on a four-year term.

Dreger on The Instigators says the Flyers didn’t bring in Tortorella in on a 4-year deal to help with a rebuild, expects Chuck Fletcher to swing for the fences this offseason and try to hit a couple of home runs, DD says they’re definitely a team to watch this summer.

Darren Dreger and others have already reported that Tortorella’s hiring is an attempt at a quick turnaround, and that we can expect the Flyers to make some big swings on the trade market this offseason.
Now, we don’t exactly expect that to work out in the Flyers’ favour. Fans of the Vancouver Canucks are fully aware of how badly it can go when a franchise tries to bring in Tortorella to quickly turn things around and avoid an inevitable retooling: it doesn’t. But that’s clearly a Philadelphia problem now, and the Canucks should be looking to take advantage of that problem.
Advertisement
Ad
Advertisement
Ad
Looking at the Flyers’ current roster construction, there appears to be a bit of a hole at 1C. Sean Couturier has suffered through injuries of late, and is probably still better suited to the 2C role. Kevin Hayes is paid like a borderline 1C, but certainly doesn’t play like one. Meanwhile, the Flyers have a boatload of young wingers looking for someone to play with on the top line.
Is that JT Miller’s music?
Miller has the right skill level for what Philly is looking for, the right temperament for the city, and his age isn’t out of line with some of the older players that the Flyers have already committed to long-term; Couturier, Hayes, Ryan Ellis, Cam Atkinson, and others.
Best of all? GM Chuck Fletcher has already shown a penchant for short-sighted and lop-sided trades and extensions for veterans via the whole Rasmus Ristolainen debacle. Fletcher flipped Robert Hagg, the 14th overall pick in 2021, and a 2023 second rounder for Ristolainen, a defender of questionable top-four quality. And then he doubled down by extending Ristolainen at an AAV of $5.1 million for five further years, even though Ristolainen’s debut season with the Flyers was incredibly shaky.
Advertisement
Ad
Advertisement
Ad
The Canucks’ managerial team should be looking at this situation and licking their chops, especially with the Flyers still in possession of the 5th overall pick this year. But it’s not the only situation they should be keeping a close eye on.
The Washington Capitals got terrible news this weekend when it was announced that center Nicklas Backstrom had undergone a resurfacing surgery on his left hip.

This is a rare procedure, and not one that has a high rate of recovery among athletes, especially not those who are already 34 like Backstrom. It’s the same surgery that effectively ended Ryan Kesler’s career — though it should be noted that Kesler had the resurfacing done on both hips. Ed Jovanovski made a comeback from a hip resurfacing, but that comeback lasted only a few dozen games.
Advertisement
Ad
Advertisement
Ad
The long story short is that Backstrom’s days with the Capitals are probably numbered. And that puts the team in a difficult position because, much like the Flyers, the Capitals are not ready for a rebuild quite yet.
With the majority of their aging core on contract for three or four more seasons, the Capitals are going to try to squeeze at least one more run out of Alexander Ovechkin and Co. Losing Backstrom makes that significantly more difficult — but replacing Backstrom with Miller? That’s a genuine upgrade.
The Capitals don’t have the same quality of future assets to offer up as the Flyers do, but they have enough pieces to put together a compelling offer. Even better, the Caps now have more than $20 million in cap space to play with after Backstrom hits the LTIR, making the acquisition and extending of Miller all the more possible.
Advertisement
Ad
Advertisement
Ad
Really, without hearing internal discussions first-hand, it’s hard to say how seriously either of Philadelphia or Washington will pursue Miller. But, from the Canucks’ perspective, the more teams in the running, the better. If they do decide to trade Miller, the goal should be to maximize the asset return as much as possible, and the best way to do that is via a bidding war.
Even if neither of Philadelphia or Washington close down the deal, just having them in the mix could cause other teams to increase their offers.
So, what we’re really saying is that these two pieces of bad news for other NHL franchises are potentially consequential for the Canucks, too, but in a significantly more positive sense.
Beyond that, the waiting game continues.
More from CanucksArmy: