Advertisement
Ad
Is a gamble on Oliver Ekman-Larsson worthwhile for the Vancouver Canucks? 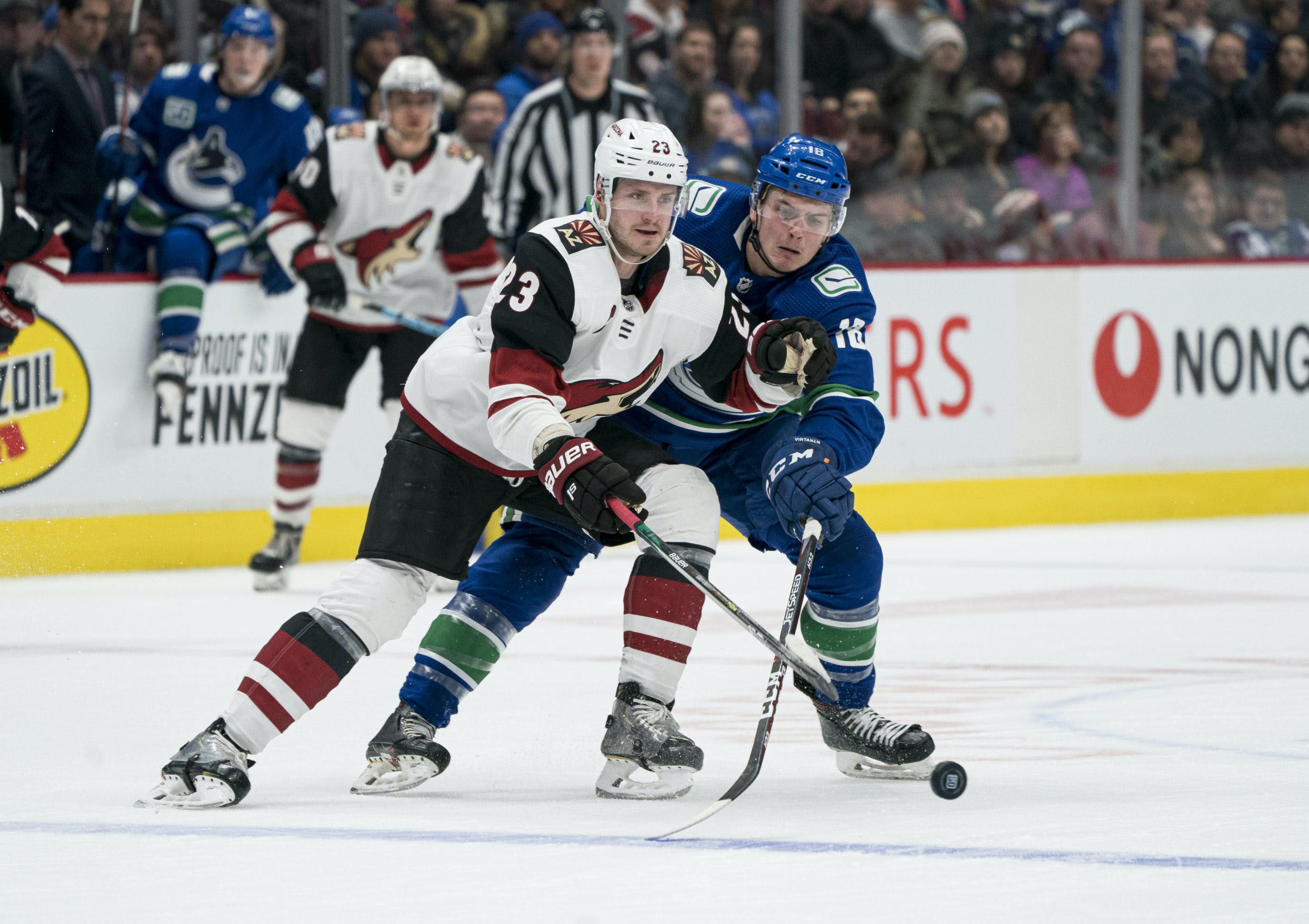 Photo credit: © Bob Frid-USA TODAY Sports
By Sean Warren
2 years ago
Comments
Rumours are swirling that Arizona Coyotes defenceman Oliver Ekman-Larsson is being shopped two of the teams on his list of approved destinations: the Boston Bruins and Vancouver Canucks.
Ekman-Larsson is a complicated player to move. Arizona really is in tough to move their captain despite his relatively good play. With an albatross contract that has him locked up until he’s 35, Ekman-Larsson is slowly declining, and this decline will likely continue as he ages. As per CapFriendly, his contract breaks down as shown below.
No doubt, the Canucks would have to get incredibly creative in order to cram that contract into their already tedious cap situation. The Canucks are likely going to need Arizona to retain salary and also take a bad contract such as Brandon Sutter back in the return. Without those two things taking place, it will be highly unlikely that a trade could be accomplished.
Not only is the financial fit awkward, but the roster fit raises eyebrows as well.
Advertisement
Ad
Advertisement
Ad
The Canucks currently have Quinn Hughes, Alex Edler, Jordie Benn, and the rookie duo of Olli Juolevi and Jack Rathbone vying for roster spots on the left side of the blueline. Adding another defender to that side while ignoring that there is only Tyler Myers on the right side with legitimate NHL experience seems like an odd focus.
This is especially true with it appearing that the Canucks would like to introduce at least one of Rathbone or Juolevi into the NHL rotation next season.
It’s been tossed around that Ekman-Larsson is an elite defenceman. The kind that you move mountains to acquire when given the shot. At one point in time, that was very much the case. Back in 2016 for example, he was on another level entirely.

He's bad now and his contract sucks, but 2016 OEL really had no chill pic.twitter.com/SeeHzfKfBc

And perhaps “sucks” is a bit harsh but his decline since his dominant years that earned him the contract that he has now is real and needs to be taken into consideration.
Advertisement
Ad
Advertisement
Ad

Maybe he bounces back somewhere with a better supporting cast, but OEL looks like an expensive risk to take. pic.twitter.com/24AkX7wY28

Truth is that he really is an expensive and risky gamble. How many good seasons are left in OEL? Perhaps we can look at a visual comparison.

It seems as though the sheer lack of eyes on Ekman-Larsson in the desert has assisted him in hiding his decline whereas Subban is generally accepted to be too great of a risk to acquire. This while being both extremely comparable now. Really the only standout difference is how quickly the decline has occurred. Subban has declined rather suddenly compared to Ekman-Larsson’s progressive slowdown. Is this enough to hang your hat on though?
Overall, the player himself, while not being terrible, is an enormous and expensive long-term risk for the Canucks. So if they want to bite from that apple, they need to make it worthwhile by driving a hard negotiation to have salary retained by the Coyotes to help mitigate the risk and have a bad contract dumped to allow themselves the short term space to complete the transaction. It is a serious gamble and one that is awkward and perhaps ill-advised, but could, under very specific circumstances, be a move that could pay off at least in the short term in amending an otherwise woeful blueline cast.
Advertisement
Ad
Advertisement
Ad