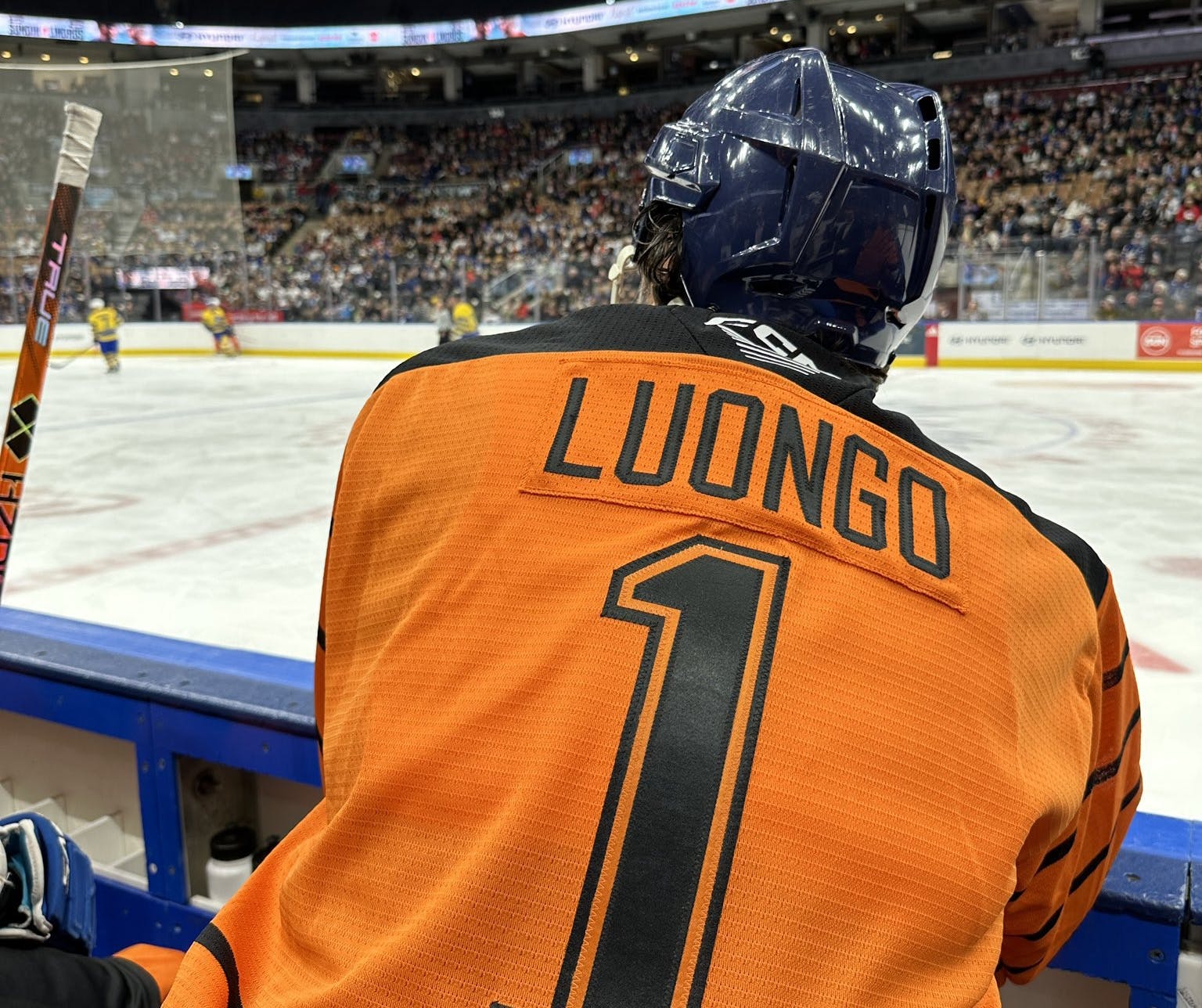 Photo credit: Twitter via @HockeyHallFame
By David Quadrelli
23 days ago
Comments
The Hockey Hall of Fame festivities are in full swing as former Canucks Henrik Sedin, Daniel Sedin, and Roberto Luongo prepare to be officially inducted into the Hall on Monday.
But before that, the three — along with other hockey legends, including Canucks AGM Cammi Granato who holds the U.S. Women’s National Team points record — took part in the Legends Classic alumni game today.

The Sedins and Granato suited up for Team Sundin (yellow), while Roberto Luongo suited up as a forward for Team Lindros (orange).
Luongo jumped at the chance to line up for a faceoff against Henrik Sedin, and actually managed to win the draw, which we’re sure we’ll be hearing about for a long, long time.
Advertisement
Ad
Advertisement
Ad

The Class of 2022 enters the game, and Luongo immediately lines up for the face off against the Sedins and Alfredsson! @HyundaiCanada | #HHOF2022 pic.twitter.com/t950DkQrFQ

Skating on a line with Eric Lindros, Luongo lost a draw against Henrik later in the game, with Hank making it look somewhat easy against his former teammate.

The game ended with a final score of 10-6, with Team Lindros besting Team Sundin.
Luongo scored a goal in the game, and celebrated by performing the griddy dance move, a move he revealed post game his son asked him to pull if he scored.
Advertisement
Ad
Advertisement
Ad

Roberto Luongo scores in the Legends Classic and then does the Griddy. pic.twitter.com/BQXofMwWgP

Before the game, the three players received their Honoured Member blazers.