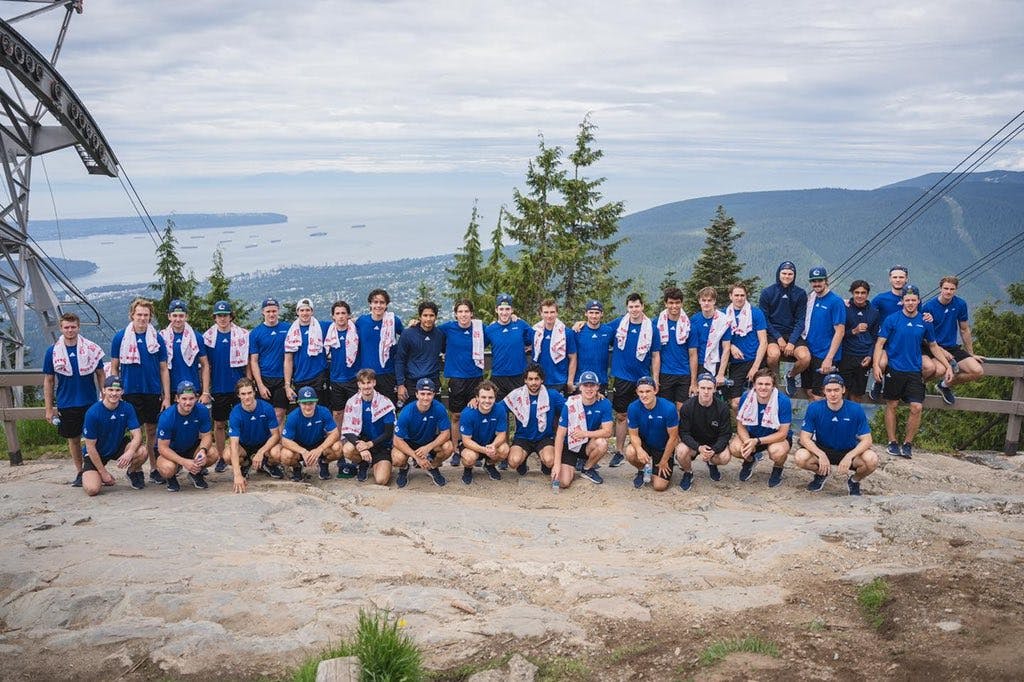 Photo credit: Twitter via @Canucks
By David Quadrelli
6 months ago
Comments
To close out their week-long development camp, on Friday, the Vancouver Canucks put their prospects through one of their toughest challenges yet: The Grouse Grind.

More specifically — beating Henrik and Daniel Sedin up the Grouse Grind.
We don’t think that was actually the goal, but AGM Ryan Johnson joked with media on Monday that he wouldn’t bet against the twins leading the pack on Friday.
Even in retirement, the twins still stay incredibly active, and at 41, the first-ballot Hall of Famers didn’t look all that far off from being able to participate in scrimmages and drills with ease this past week.
And in the video the Canucks posted to Twitter, the Sedins can be seen running up the Grind together:

"The resiliency you guys showed all week, summed up right here."

Ryan Johnson and Chris Higgins also took part in the Grind alongside the Canucks’ prospects, and RJ offered some words of encouragement for the group at the end of the climb.
“Couldn’t be more proud of you,” said Johnson while Henrik crushed a coffee in the background. “Great week, and to finish off like this, the resiliency you guys showed all week, summed up right here.”
Advertisement
Ad
Advertisement
Ad
There were no post-Grind media availabilities, but we did ask Elias Pettersson if he knew much about the Grind back on Monday.
“Yeah, I heard about that, I think we’re going to like walk up a hill?” answered Pettersson. RePetey was quickly informed by media that the Grind was a bit more than a walk, and certainly a bit more than a hill.
We’re assuming he found that out himself on Friday.

Faber gave thoughts and analysis on all 37 players that attended camp this week. You can read that story by clicking here.
Plus, we broke down the final day of development camp in the video below!