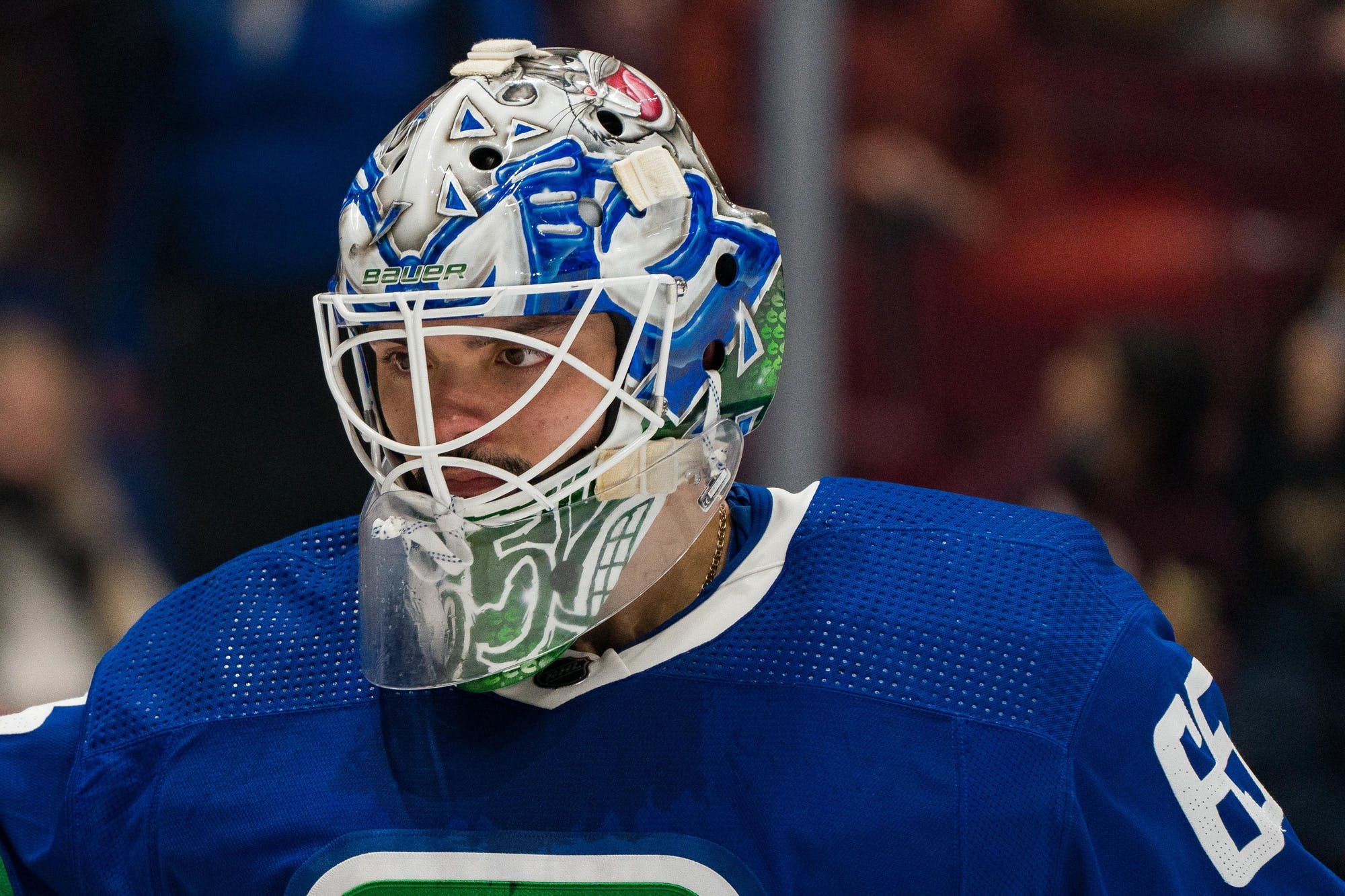 Michael DiPietro has accepted his qualifying offer from the Vancouver Canucks.

DiPietro will likely become a restricted free agent when this contract expires, unless whichever team holds his rights opts not to tender him another qualifying offer.

DiPietro is the fifth Canucks goaltender under NHL contract for 2022–23, joining Thatcher Demko, Spencer Martin, Collin Delia, and Arturs Silovs. Things are looking a little crowded between the pipes in the Vancouver organization, and DiPietro could be the odd man out this off-season.

During an episode of Donnie & Dhali – The Team that aired on CHEK TV last month, Rick Dhaliwal indicated the Canucks could soon give DiPietro a “fresh start” and mentioned the Montreal Canadiens as a team that may have interest.

The Canadiens only have two goaltenders — Carey Price and Jake Allen, with RFAs Samuel Montembeault and Cayden Primeau also around — under contract for 2022–23. Price missed the majority of last season while rehabbing his knee and his future is uncertain.

In 74 career AHL regular-season games with the Abbotsford Canucks and Utica Comets, DiPietro has gone 39–25–6 with one shutout and a .905 save percentage.