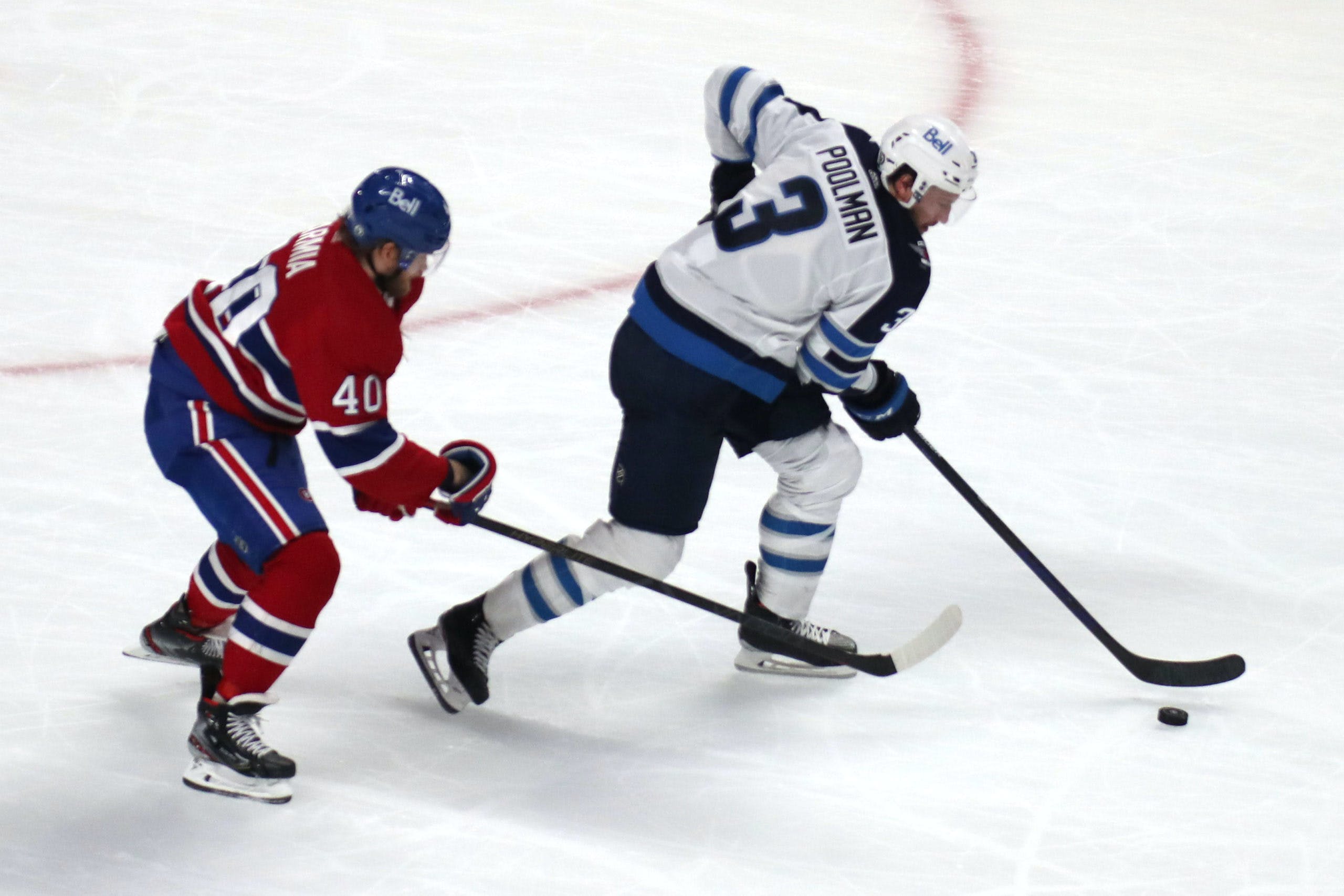 Photo credit: © Jean-Yves Ahern-USA TODAY Sports
By David Quadrelli
1 year ago
Comments
The Vancouver Canucks have signed defenceman Tucker Poolman to a four-year deal, according to a report from Daily Faceoff’s Frank Seravalli.

Hearing #Canucks are closing in on defenseman Tucker Poolman. He’s expected to get a big raise on a four-year, $10 million deal ($2.5m AAV) whenever pen is put to paper.@DFOHockey @Sportsnet

Poolman, 28, tallied one assist through 39 games last season as a member of the Jets.
The 6’2 defenceman posted less than spectacular underlying numbers in a third-pairing role.