What the Flames signing Jonathan Huberdeau means for the Canucks: Around the Pacific 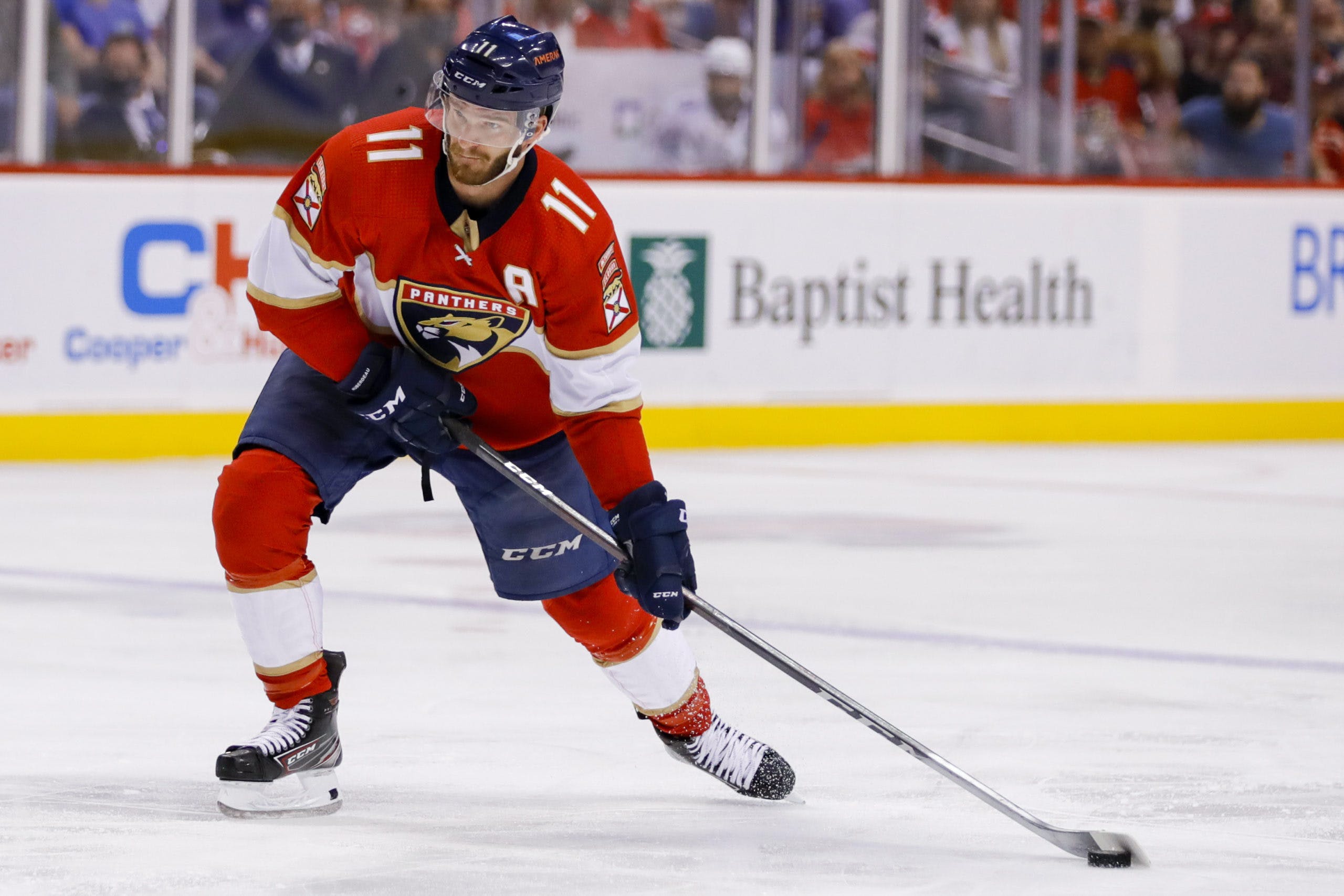 By David Quadrelli
3 months ago
Welcome back to Around the Pacific — a series in which we examine news from around the Pacific Division through a Canucks-tinted lens.
The Calgary Flames have taken their fans — and hockey fans in general, really — on a bit of an emotional rollercoaster this offseason.
There was that sweet moment for opposing fanbases, and at the same time, absolute terror for Flames fans, when the club lost Johnny Gaudreau in free agency and were informed shortly thereafter that Matthew Tkachuk wouldn’t be sticking around long term.
The Flames had their spurs up against the wall, and it looked for a second as though the 2021-22 Pacific Division winners were headed for doom.
That was the case for less than two weeks, because seemingly just as fast as fans could poke fun at the Flames’ situation, the club went out and pulled in a massive return for Tkachuk in a trade with the Florida Panthers.
In return for Tkachuk, the Flames got:
The big asterisk then became if the Flames would be able to lock up Huberdeau and Weegar, both of whom were set to enter this next season on expiring contracts.
In other words, the Flames’ haul looks a lot less phenomenal if all they’re left with is a mid-late first round pick and a B-level centre prospect by this time next year.
But just before fans of other fanbases — looking at you Montreal — could make fun of the Flames for that, they went out and extended Huberdeau to essentially the exact contract they reportedly offered Johnny Gaudreau before he departed for Columbus.
So for the next eight years, Huberdeau will almost certainly be a member of the Calgary Flames.
And according to TSN’s Salim Valji, Weegar has a “strong, genuine desire” to re-sign in Calgary, and both parties will engage next week in conversations about an extension for the Flames’ new defenceman.
But let’s focus on Huberdeau for a minute.
What does this extension mean for the Canucks?
Getting the obvious part out of the way, it means that the NHL’s second-highest point-getter last season will be in Calgary for years to come.
Huberdeau’s contract comes with a full no-move clause except in 2029-30 when it will become a modified no-trade clause in which he can list 12 teams he’s willing to be traded to, which means the only way Huberdeau is leaving is if he wants out. He’ll be in the Pacific for years to come, and you have to expect that the Flames will be looking to stay competitive for as many of those eight years as possible.
It also means that J.T. Miller’s agent has a juicy comparable — Huberdeau will be 30 when the extension kicks in, the same age Miller would be in year one of any new deal — to show the Canucks at the negotiating table.
The Canucks and Miller reportedly remain far apart, with the Canucks unwilling to budge on their offer, and Miller seemingly unwilling to take a nickel less than what he’d be paid on the open market next offseason.
That being said, a league source — not affiliated with the Canucks — was quick to dispel the notion that the Canucks had to pay Miller Huberdeau money in order to get him to re-sign.
“Just because the Flames overpaid for a player until he’s 38, doesn’t mean the Canucks have to match that by any means. It does however mean the Canucks just lost some leverage in these negotiations, and there’s no chance they’ll get him in under six years for anything less than $9 million. No chance.”
On the flip side, the Canucks can now try to sell potential trade partners on how valuable a player of Miller’s calibre really is.
Interested teams may be enticed once again by the idea of being able to get exclusive negotiating rights with Miller rather than waiting until there are multiple suitors for his services next offseason before being able to give their pitch to Miller and his camp.
The Flames certainly didn’t do the Canucks any favours with this contract, but let’s circle back on that in year six of this contract when Huberdeau will be 36 years old…