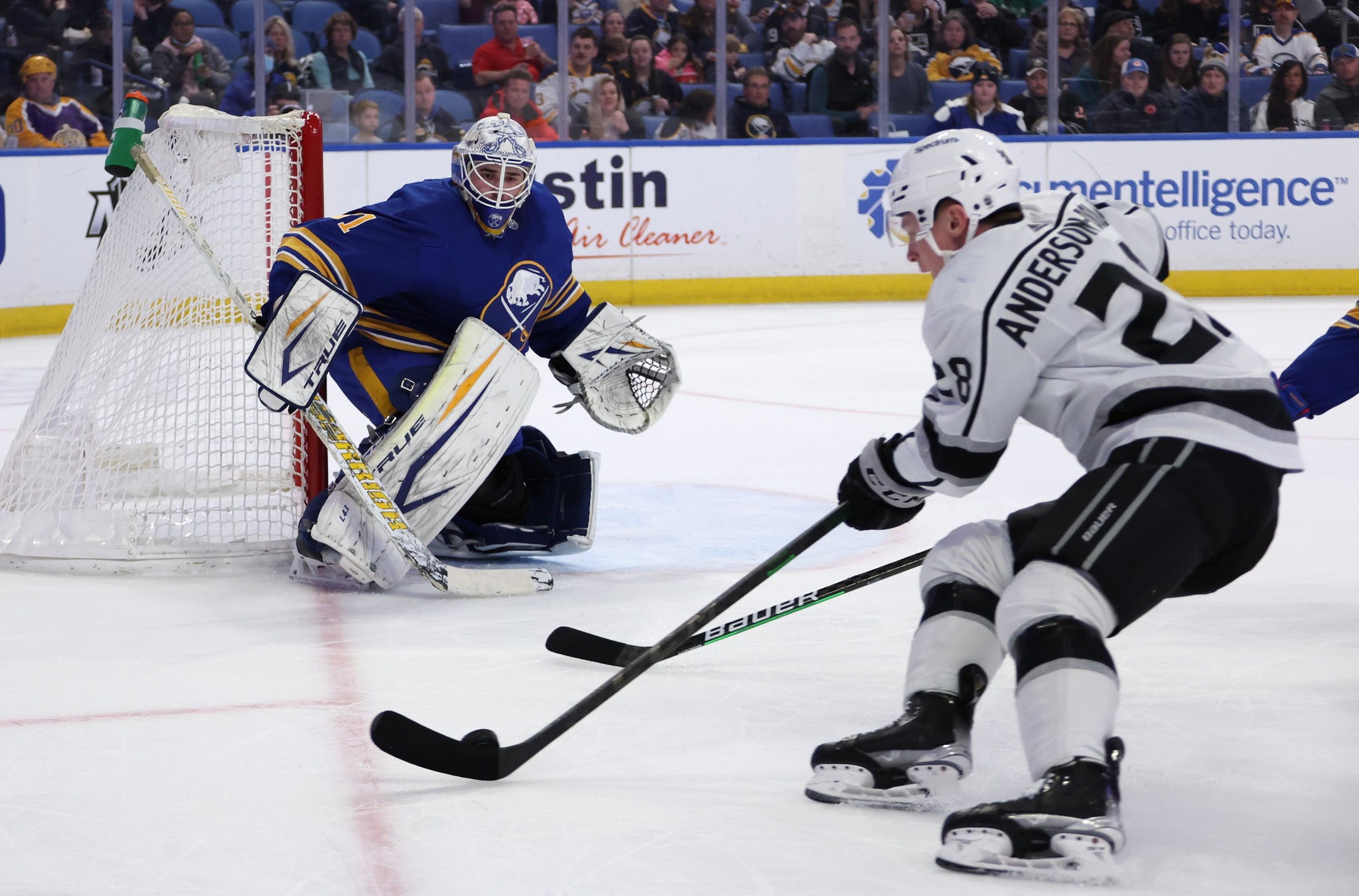 As the Vancouver Canucks sit now, approximately one month away from the outset of Training Camp 2022, no one really believes that their roster is complete. Surely, some changes will be made between now and opening night. But what will that change look like?

Any trade that the Canucks make from here on out will probably follow a similar pattern: larger cap hits and experience OUT, affordable contracts and potential IN.

Ideally, that method benefits the Canucks long term. But it could also leave them shorthanded in the short-term, as veterans leave the roster and future talent isn’t quite prepared to replace them yet.

It’s not necessarily a hot take to say that the Canucks’ organizational depth needs work, and that they don’t have nearly enough youth ready for NHL minutes at they should at this stage in their development. One way to correct that issue? Waiver claims. Every year, and especially in October, overstocked teams are forced to pass NHL-ready talent through waivers because they can’t fit it onto their active roster. Every year, less fortunate teams are invited to snag that talent, essentially free of charge.

That makes for an excellent opportunity for the Canucks to revamp their ranks in the event of a trade or two, without having to dip into an already-shallow prospect pool. And the crop of waiver-eligible players who might hit the wire in October of 2022 is particularly enticing.

Find below a list of players that are A) waiver-eligible, B) not guaranteed to make their respective NHL rosters, and C) someone the Canucks might be interested in. In keeping with organizational needs, our primary focus will be RHDs, with a few notable exceptions.

Speaking of notable exceptions, consider Alexeyev. The 22-year-old defender stands out immediately because of his massive frame, but he’s also got a lot of skill to back it up. Alexeyev can skate, he can play physical, and he’s learning to use his size effectively to defend. He’s unlikely to produce much offence at the NHL level, but he’ll eat minutes — just maybe not with the Capitals, who already have a bunch of established D and prospects in the mix. If he were right-handed, he’d be an even better target for the Canucks, but as a leftie he still brings some unique attributes.

Chalk Anderson-Dolan as one of many prospects that is inevitably getting lost in the shuffle of Los Angeles’ deep developmental cupboard, considered by many to be the best in the league. He’s developed well, transforming an all-around skillset into the makings of a strong, two-way centre at the NHL level. He’s already dominating the AHL and appears more than ready for big league minutes, but the Kings will be forced to cut one of him, Gabe Vilardi, or Lias Andersson this October. Anderson-Dolan could skate on the Canucks’ third line right now, and work his way up from there.

It might seem weird to be picking up scraps from the Sabres. But Buffalo has been working hard over the past few seasons to collect young talent, and now they’re a little bit overstuffed with it. Fitzgerald, son of New Jersey GM Tom, is nothing fancy, but still brings a lot of quality pro attributes to the table. He can skate, he’s tough to play against, and he can move the puck, even if he doesn’t always make the best decisions in doing so. Fitzgerald only profiles as a long-term, bottom-pairing defensive defender, but that’s something the Canucks could really use.

Foudy is an absolute handful. A raw talent, Foudy is one of the fastest skaters in pro hockey, and he’s hurtling around a fairly large frame as he jets across the ice. He’s not above using that speed to crash and bang on the forecheck. Foudy has developed well since being drafted, but he’s also been usurped by a handful of high-profile first round forward selections in recent years, and that could land him on the waiver wire. With his unique combination of attributes, someone will definitely take a look — and the Canucks have said they’re specifically looking for speed and physicality in their forward ranks.

Call Friedman the least exciting, but perhaps most practical pickup on the list. He’s been a borderline NHLer since 2019, and plays a safe, simple game that is best suited for the bottom pairing. Friedman skates well, defends effectively, and doesn’t get cute with the puck very often. He’s not a long-term solution by any means, but if the Canucks are looking for someone to eat a few extra minutes on the right side of their blueline, Friedman is a safe bet to do so.

Gawanke is a name that has come out of nowhere a bit for the rest of the league, but Winnipeg fans and media-types are worried about his impending loss of waiver-exemption. Gawanke has been seasoning away with the Manitoba Moose for three seasons, developing an all-around game centred around a booming shot and strong skating ability. He’s earned accolades for how far his defensive game has progressed since coming over from Germany, but that might not be enough to get him onto the Jets’ roster over more established players and more highly-touted prospects.

Kostin is a power forward in the making. He’s got size, he’s got speed, he’s got strength; and he’s more than willing to use the combination thereof to punish opponents and create opportunities for his teammates. Kostin has yet to put it all together at the NHL level, however, and the Blues have plenty of other forwards jockeying with him for a position. If Kostin does hit waivers this season, don’t expect him to last very long.

Anytime that the Canucks get the chance to steal from the Flames, they should take it. Vancouver fans will remember Mackey for fighting Jonah Gadjovich and Bo Horvat in consecutive games back in March of 2021, but he’s not just a bruiser. Mackey is actually a well-rounded and exceptionally safe defender who can play in all situations and does most things effectively. Realistically, the Flames should be doing everything in their power to clear a spot for him on their stacked blueline — but if they don’t, he brings a lot of what the Canucks don’t have in their own D corps.

The reigning Stanley Cup Champion is always a good place to start looking to peel off talent. Unfortunately, the Avalanche won’t be putting many quality players on the waiver wire in October, save for perhaps Maltsev — an intriguing winger with a boatload of skill. Maltsev has a large frame and a good set of wheels, which has seen him develop into a forechecking specialist who is great at digging pucks out for his linemates. He won’t be a star, but he could be a difference-maker in any team’s bottom-six, and he does have the combination of speed and physicality that teams like the Canucks desire.

The Flames signed Meloche away from the San Jose Sharks this offseason, where he’d been developing into a fine bottom-pairing defender. All the same, the depth of the Calgary blueline could still send Meloche packing to waivers in October. Meloche makes his reputation on physicality and defensive reliability, which are always positive qualities to add to a blueline. He’s valuable depth, and if that valuable depth is available for free, a team should take it.

Priskie is a once-highly-touted prospect who has fallen off in recent years. He’s got an abundance of skill and is able to play a potent game at the AHL level (while steadily increasing his two-way chops), but he’s yet to make any sort of dent in the big leagues and is running out of time. The talent is still there, but Priskie might not be exactly what the Canucks are looking for — unless it’s just a warm body at RHD that still has some upward potential left in it.