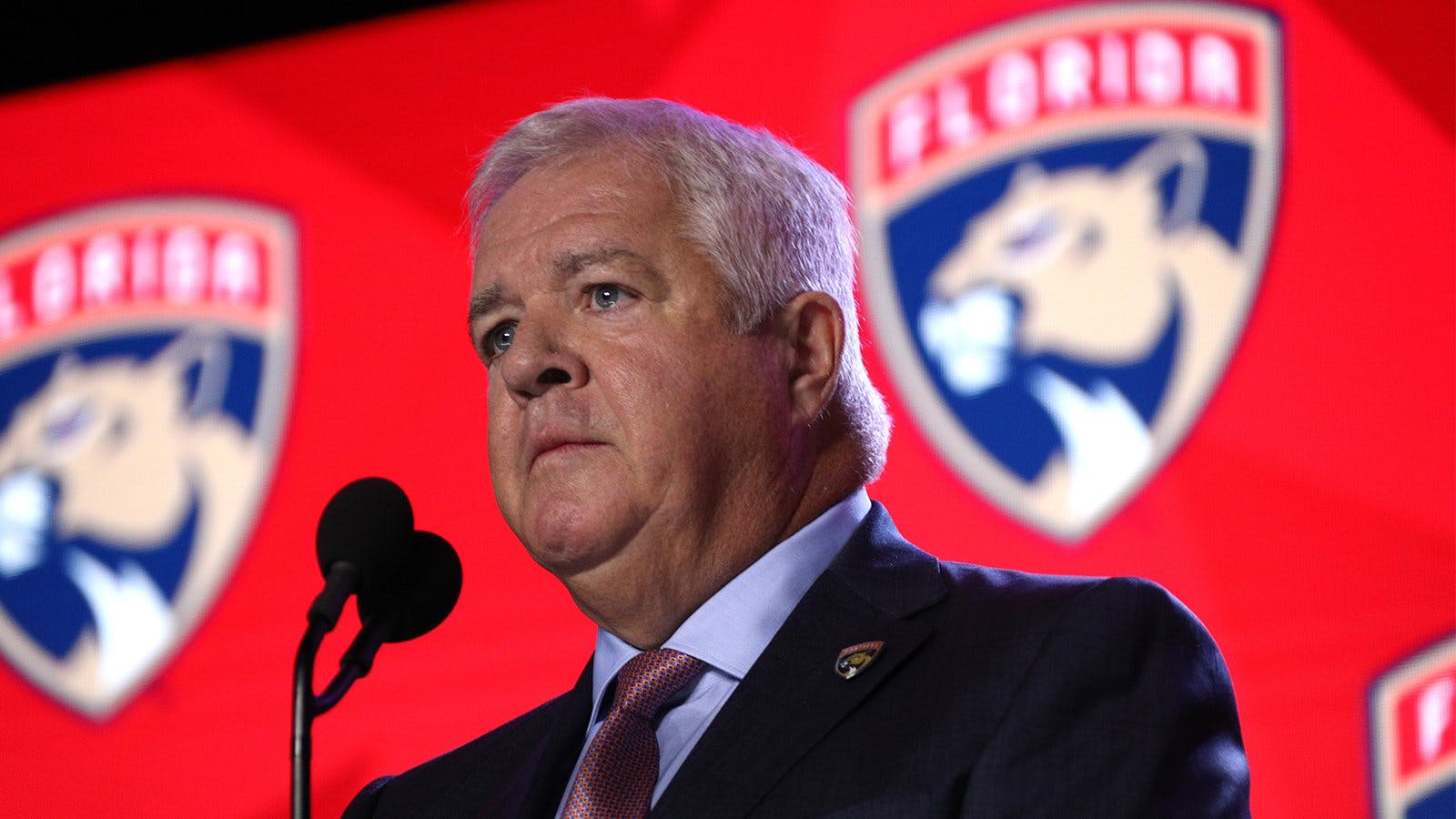 By Mike Gould
5 months ago
The Vancouver Canucks announced multiple changes to their hockey operations department on Friday morning.
Most notable among the changes is the addition of former Chicago Blackhawks and Florida Panthers general manager Dale Tallon as a senior advisor and a professional scout.
Tallon, 71, spent a decade in the NHL as a defenceman with the Blackhawks, Vancouver Canucks, and Pittsburgh Penguins before eventually joining the Blackhawks’ front office in 1998.
He eventually became general manager in 2005, adding the likes of Jonathan Toews, Patrick Kane, Patrick Sharp, and Marian Hossa — all of whom would win three Stanley Cups in Chicago.
Tallon left the Blackhawks in 2010 to become general manager of the Panthers, a position he would hold for nearly a decade. Under Tallon’s watch, the Panthers embarked on a rebuild and drafted the likes of Jonathan Huberdeau, Aleksander Barkov, and Aaron Ekblad.
The Canucks also announced the promotion of Ryan Johnson to assistant to the general manager. Johnson, 46, had served as the Canucks’ director of player development since 2017; he retains his title as general manager of the Abbotsford Canucks.
Scott Young has also joined the Canucks’ organization as the team’s new director of player personnel. As an NHL player, Young appeared in over 1,000 games and scored 40 goals with the St. Louis Blues in 2000–01; in retirement, he had served as the Pittsburgh Penguins’ director of player development since 2017.
Another addition from the Penguins is Frank Golden, who joins the Canucks as a college free agent scout after serving as an amateur scout in Pittsburgh since 2014.
Finally, the Canucks announced the hiring of Dylan Crawford as the team’s new video coach. Crawford had served as the assistant video coach for the Blackhawks since 2018; his father, Marc Crawford, formerly played for and coached the Canucks.
“We’re pleased to have solidified our Hockey Operations department for next season with the promotion of Ryan Johnson and the additions of Scott Young, Frank Golden, Dylan Crawford and Dale Tallon,” Canucks general manager Patrik Allvin said Friday. “These individuals bring immense experience and are committed to the vision we have in building the Vancouver Canucks to be a winning franchise.”
UPDATE: GM Patrik Allvin says that Tallon will be part of the pro scouting department.
More from CanucksArmy:
Uncategorized
Recent articles from Mike Gould