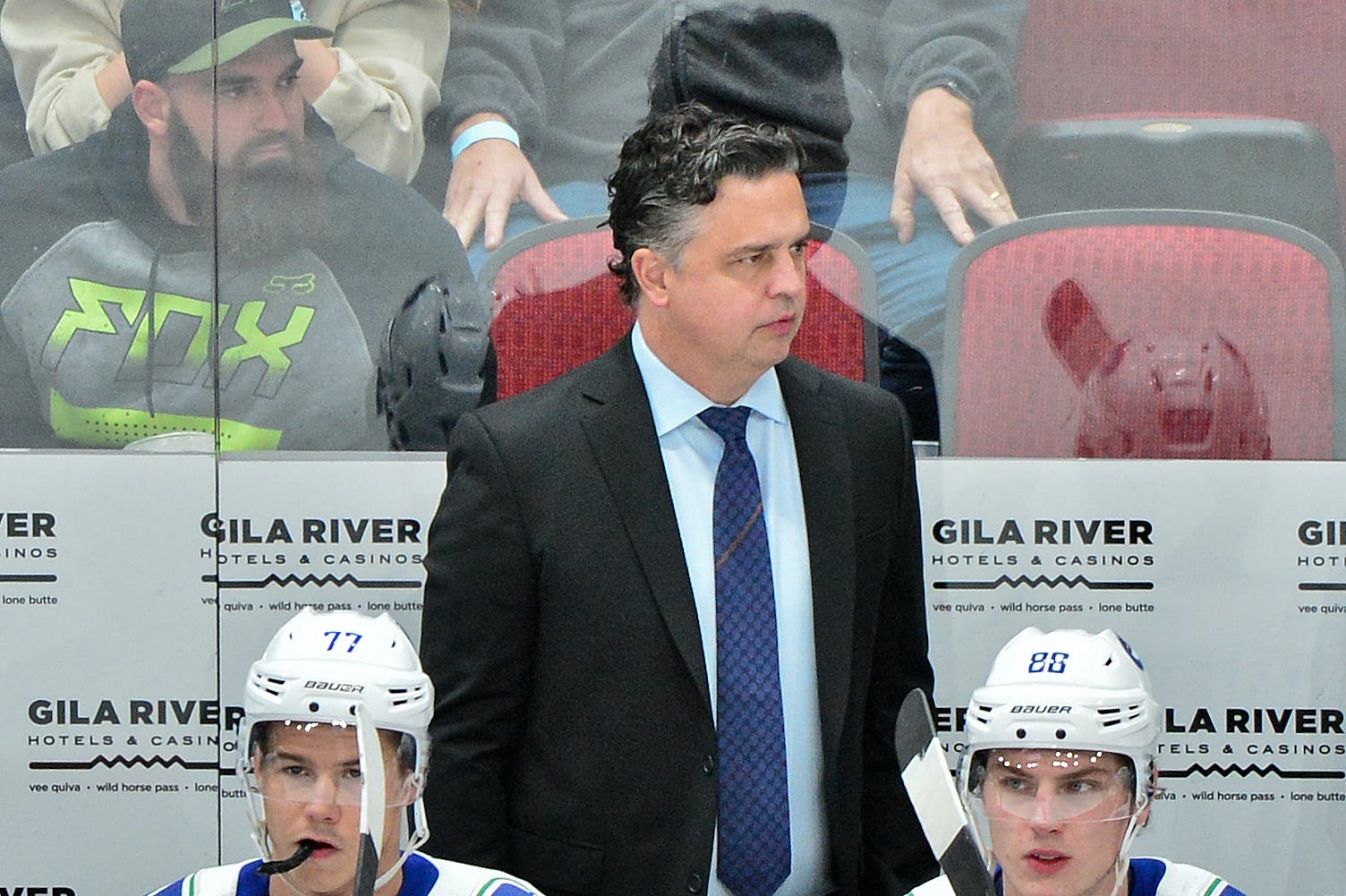 By Mike Gould
5 months ago
Former Vancouver Canucks head coach Travis Green could be a candidate to fill the Dallas Stars’ coaching vacancy.
In an appearance on Donnie and Dhali – The Team, Stars owner Tom Gaglardi, who has multiple connections to British Columbia through his stake in the Kamloops Blazers and his position as president of the Vancouver-based hotel company Northland Properties, spoke about the former Canucks bench boss.
“I think he would be a candidate. Travis has proven he deserves to be considered,” Gaglardi said. “I expect we will be talking to him.”
Green, 51, spent parts of five seasons as Canucks head coach from 2017 to 2021, amassing a 133–147–34 record in the regular season. He coached 17 additional games during the 2020 bubble playoffs, winning 10.
The Stars have yet to replace Rick Bowness behind the bench. The 67-year-old stepped down as the team’s head coach earlier this month after spending parts of three seasons in Dallas.
Bowness started his tenure with the Stars by leading them to the 2020 Stanley Cup Final, where they lost to the Tampa Bay Lightning in six games. Dallas lost to the Calgary Flames in seven games in the first round of the 2022 Stanley Cup Playoffs.
Before purchasing the Stars in 2011, Gaglardi previously made a bid to buy the Canucks in 2004. Francesco Aquilini ultimately assumed ownership of the team after winning a contentious legal battle against Gaglardi.
More from CanucksArmy:
Uncategorized
Recent articles from Mike Gould