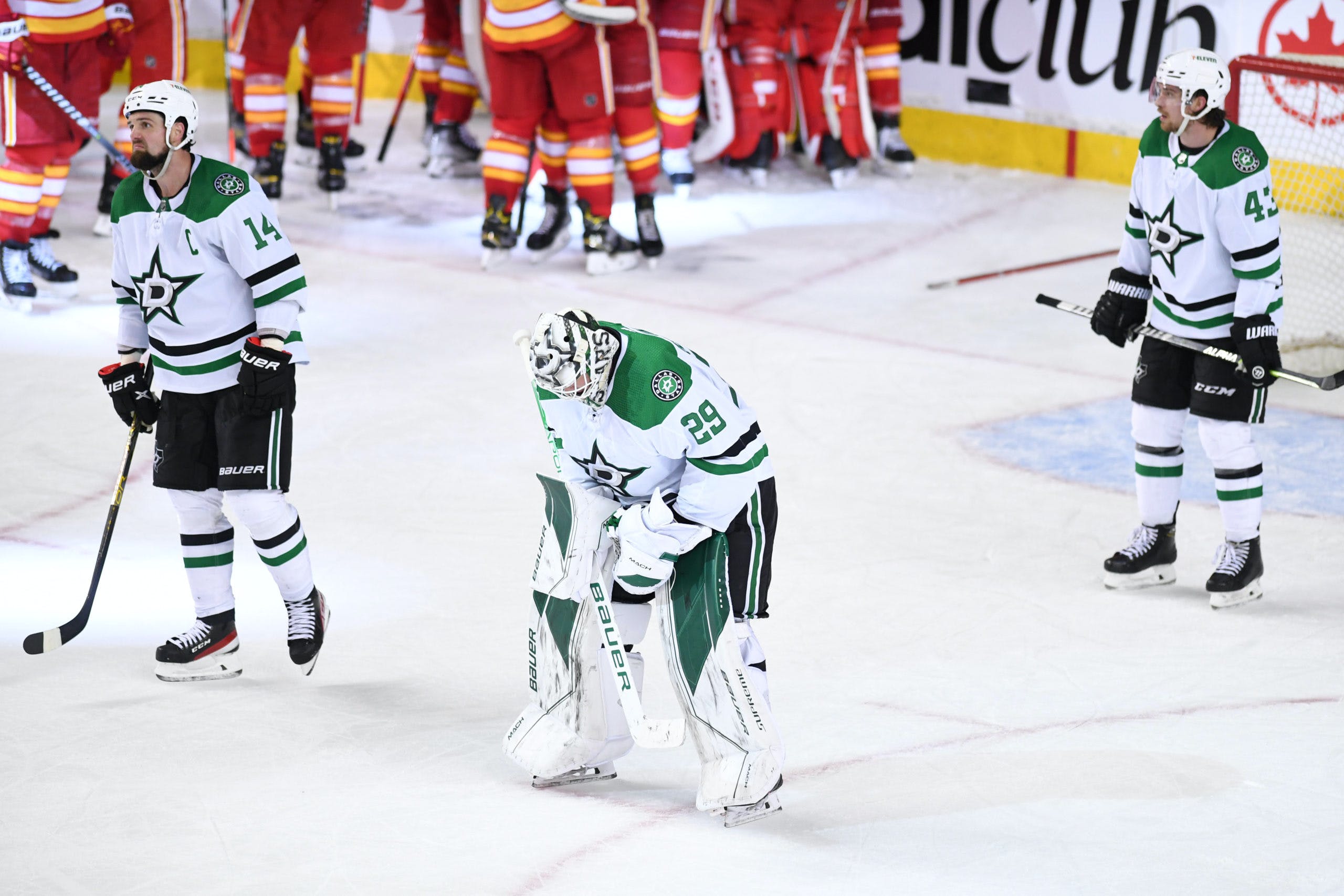 By Mike Gould
8 months ago
Like many hockey fans, Vancouver Canucks legend Roberto Luongo tuned in for the epic Game 7 overtime showdown between the Calgary Flames and Dallas Stars on Sunday evening.
Stars goaltender @Jake Oettinger had himself a performance for the ages. His entire series was off-the-charts incredible (.954 save percentage, 1.81 goals-against average) but he took things to an entirely different level in Game 7, stopping 64 shots in a heartbreaking 3–2 overtime loss to Calgary.
Oettinger played out of his mind in the overtime period, stopping 14 Calgary shots in just over 15 minutes before @Johnny Gaudreau finally scored the series-winning goal.
Just moments before Gaudreau’s winner, Oettinger made a series of absurd saves to deny @Brett Ritchie and @Noah Hanifin the overtime glory.
Luongo, from his infamous @strombone1 Twitter account, felt the need to chime in with his thoughts after watching Oettinger do all he could to keep the Flames from scoring in overtime.
“This is not normal,” Luongo wrote on Twitter at 9:57 p.m. PT.
Around a minute after Luongo’s first tweet, Gaudreau scored to push the Flames into the second round. Call it a jinx?
“Knew I needed to keep my mouth shut,” Luongo added after Gaudreau solved Oettinger.
To his credit, Luongo is no stranger to fantastic playoff performances.
The retired goaltender posted a .918 save percentage in 70 career playoff appearances with the Canucks and Florida Panthers. He went 15–10 with a .914 SV% and four shutouts in the Canucks’ run to the 2011 Stanley Cup Final.
Perhaps the Flames capitalized on Luongo jinxing Oettinger to advance to the Pacific Division semifinals. Either way, the Flames will open their series against the Edmonton Oilers at the Scotiabank Saddledome on Wednesday evening.
More from CanucksArmy:
Uncategorized
Recent articles from Mike Gould