By David Quadrelli
5 months ago
Thatcher Demko got some much-deserved love from at least one NHL general manager.
The Vezina Trophy — voted on by all 32 NHL GMs and awarded to the league’s top goaltender — was handed out at the NHL Awards last night in Tampa Bay, Florida.
Unsurprisingly, Igor Shesterkin, who was a Hart Trophy finalist for league MVP honours, ran away with the Vezina, picking up 29 of 32 first place votes.
Former Canuck goaltender Jacob Markstrom was the runner-up for the award, finishing with 53 overall points.
Demko got less love, but still picked up one-third place vote, tying with St. Louis Blues goaltender Ville Husso and Pittsburgh’s Tristan Jarry for seventh place. 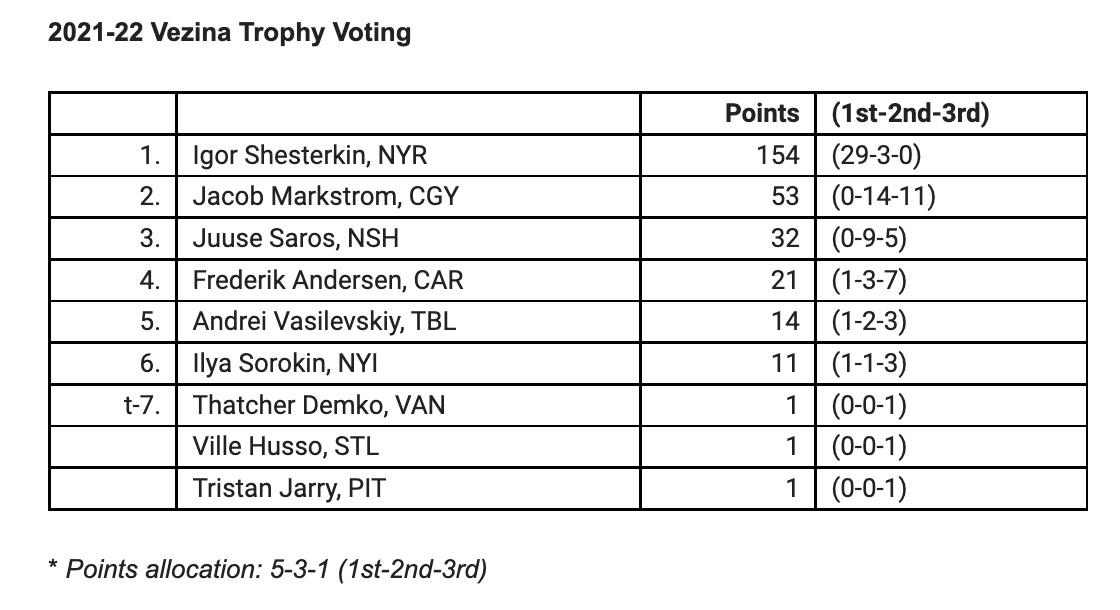 Demko put up a .915 save percentage through 64 games played, and was the biggest reason for the Canucks’ turnaround under head coach Bruce Boudreau.
Many believe that as the team in front of him improves, so too will Demko’s recognition around the league as an elite netminder.
“This guy was probably one of the best in the league when you consider the workload he faced and the lack of defensive structure in front of him,” one league source told CanucksArmy.
The 26-year-old San Diego product is signed for the next four seasons at a cap hit of $5 million.
More from CanucksArmy:
Uncategorized
Recent articles from David Quadrelli