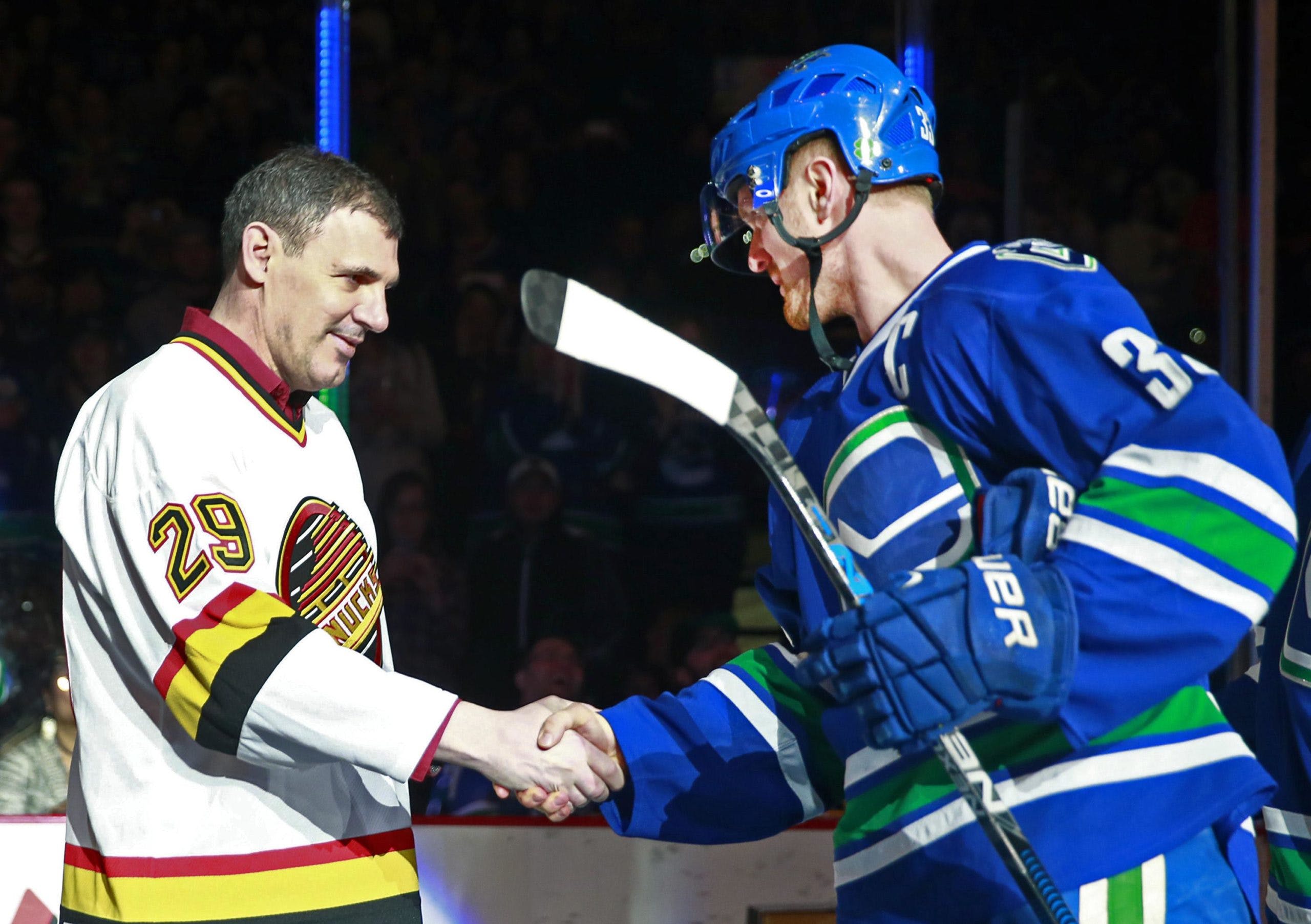 Photo credit: Vancouver Canucks on Twitter
By Mike Gould
15 days ago
Comments
The Vancouver Canucks will recognize the recently departed Gino Odjick with a moment of silence and a ceremonial puck drop before Wednesday’s game against the Tampa Bay Lightning.
The Canucks will also host a celebration of Odjick’s life prior to their game against the Minnesota Wild on March 2, which will also be the club’s annual First Nations Night. Odjick originally hailed from an Algonquin community just outside Manimaki, Quebec.
“Kind and compassionate, Gino was a gentle giant, and a friend to all who never stopped giving,” the Canucks said in a statement posted to Twitter on Wednesday afternoon. “We look forward to honouring and celebrating his life with you all.
“Forever a Canuck, Gino.”

We lost a member of our family on Sunday. A truly extraordinary human being, Gino will be dearly missed.

Tonight’s game will feature a moment of silence and a ceremonial puck drop.

Odjick passed away from a heart attack on Jan. 15, more than eight years after he was initially diagnosed with a rare terminal disease called AL amyloidosis.
After undergoing experimental treatments, Odjick’s condition improved significantly and he made many subsequent public appearances at Canucks events in the following years. He was 44 at the time of his diagnosis and ultimately lived to be 52.
Advertisement
Ad
Advertisement
Ad
Odjick spent the first eight seasons of his NHL career with the Canucks, helping the club reach the 1994 Stanley Cup Final. He subsequently made appearances with the New York Islanders, Philadelphia Flyers, and Montreal Canadiens before retiring from professional hockey in 2003.
Over 605 career NHL games over parts of 12 regular seasons with the Canucks, Islanders, Flyers, and Canadiens, Odjick amassed 64 goals, 137 points, and 2,567 penalty minutes. He added four goals, five points, and 142 penalty minutes in 44 playoff contests.
Since his death, Odjick has received countless tributes from around the hockey world. Former Canucks teammate Cliff Ronning called for him to be inducted into the team’s Ring of Honour; current team captain Bo Horvat praised his community presence.
“That’s a tough loss, not only for his family and friends but obviously the Canucks organization,” Horvat said on Wednesday. “Everything that he did in the community, for the Indigenous community, for the Canucks organization whether it was charity events and always coming to games, he meant a lot to this organization and to the Vancouver community and all around BC.”
Advertisement
Ad
Advertisement
Ad
The Canucks and Lightning will face off at Rogers Arena on Wednesday at 7:00 p.m. PT.