Advertisement
Ad
Scenes from morning skate: Vasily Podkolzin joins Rathbone as a healthy scratch as Nils Höglander slots in with Miller and Horvat 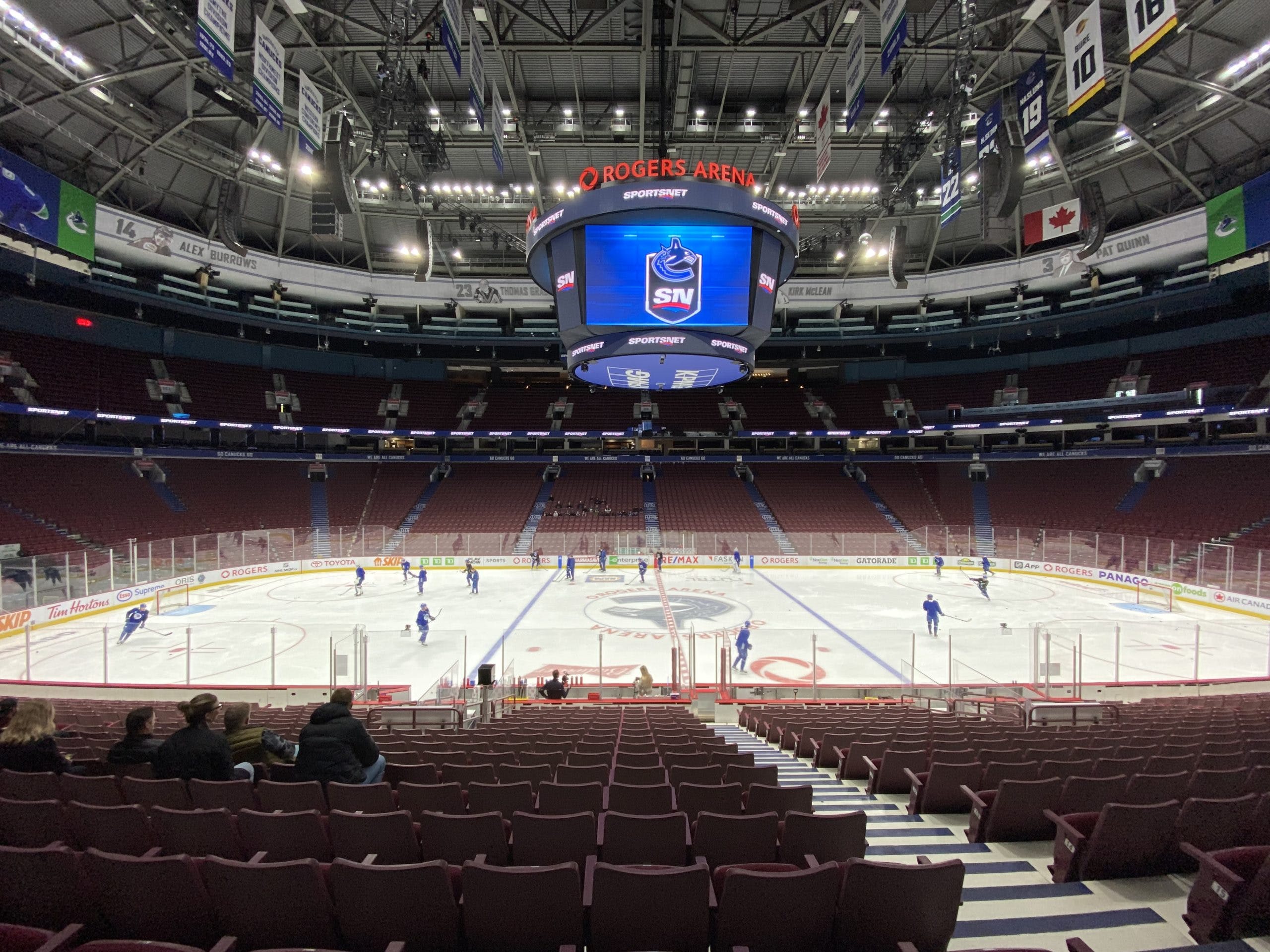 By Faber
1 month ago
Comments

Welcome to scenes from morning skate brought to you by NHL odds site Betway!

The Vancouver Canucks are set to host the Nashville Predators on Hockey Night in Canada before hitting the road for an East Coast swing.

Coming off of an 8-5 victory on Thursday night, the Canucks will look to keep their offensive numbers up but also shut down the Preds as head coach Bruce Boudreau said that Thatcher Demko would “probably” be the starter tonight. He was the first goalie off the ice from practice and should be who the Canucks turn to after giving Spencer Martin the start on Thursday.

The Canucks have now won three of their last four games and will look to build on their strong play against a Preds team that is coming off a big 4-1 win over the Calgary Flames on Thursday night.

With that, let’s get into what went down at morning skate.

Defenceman Travis Dermott was back on the ice for the first time since he was helped off the ice at UBC over a month ago.

Travis Dermott is on the ice at #Canucks morning skate. pic.twitter.com/UJeRtnvPiB

“It’s always nice when you see guys that have been out are coming back and they got a smile on their face,” said Boudreau when asked about Dermott being back with the group. “They’re born to play hockey, and they’re doing what they love. So, to finally be back with the team, it’s really encouraging.”

This indicates to us that the defence corps is going to stay the same and the #FreeRathbone movement will continue while the #FreePodz committee is assembling on Canucks Twitter as I write this.

When it comes to the forward group, expect to see Nils Höglander be given a prime opportunity. From line rushes on Friday, we expect to see Höglander skate on a line with J.T. Miller and Bo Horvat.

Conor Garland spoke about playing well with Tanner Pearson in the past, so, we expect the lines to look like what we saw on Friday.

Line combinations from Friday’s #Canucks practice (according to jersey colour):

As for the defence pairings, we expect to see them line up like this.

Looks like #Canucks defence pairings are staying the same today.

Bruce Boudreau spoke about what to expect from the Preds.

“They turned it around last game,” said Boudreau. “They were going through a little bit of a rough stretch since they got back from Europe but anytime you can go into Calgary and win, you know you’re playing the right way. They’re probably going to be a pretty confident group coming into this town.”

Garland spoke about needing to be better tonight than they were on Thursday to get a win against the Predators.

“We weren’t very good against Anaheim but we came up with a win and we have to take them at this point but we have to be a lot better to win consistently in this league,” said Garland. “We’re playing against a really good team tonight, if you play like that, you’re not going to come out on top so we know that so we have to be ready to go right from the drop. [Nashville is] a real good team, real strong, big team [with a] great d-corps, so it’ll be a tough matchup.”

Ethan Bear talked about how to keep generating offence like they did against Anaheim but also how to limit the goals against with the Predators in town.

“We’ve just got to keep letting our offence come from good defence,” said Bear. “Not giving them any chances and then waiting for them to make mistakes. I thought we had a really good start [against Anaheim] and then obviously with the goals they did score, we just kind of made mistakes in our own end, kind of allowing them to come back but hopefully we can clean that up tonight and not that let that happen again.”

The @CanucksArmy microphone is out 2-4 weeks with an upper-body injury after taking a tape ball to the windscreen during the Ethan Bear media availability. https://t.co/bszzmwL3l7 pic.twitter.com/yADYl9R3cD

Puck drop against the Predators is scheduled for 7:00 pm on Hockey Night in Canada and Scott Oake will be joined by Bo Horvat and Ethan Bear for After Hours to close out HNIC.