Advertisement
Ad
Q is for Quality of Competition 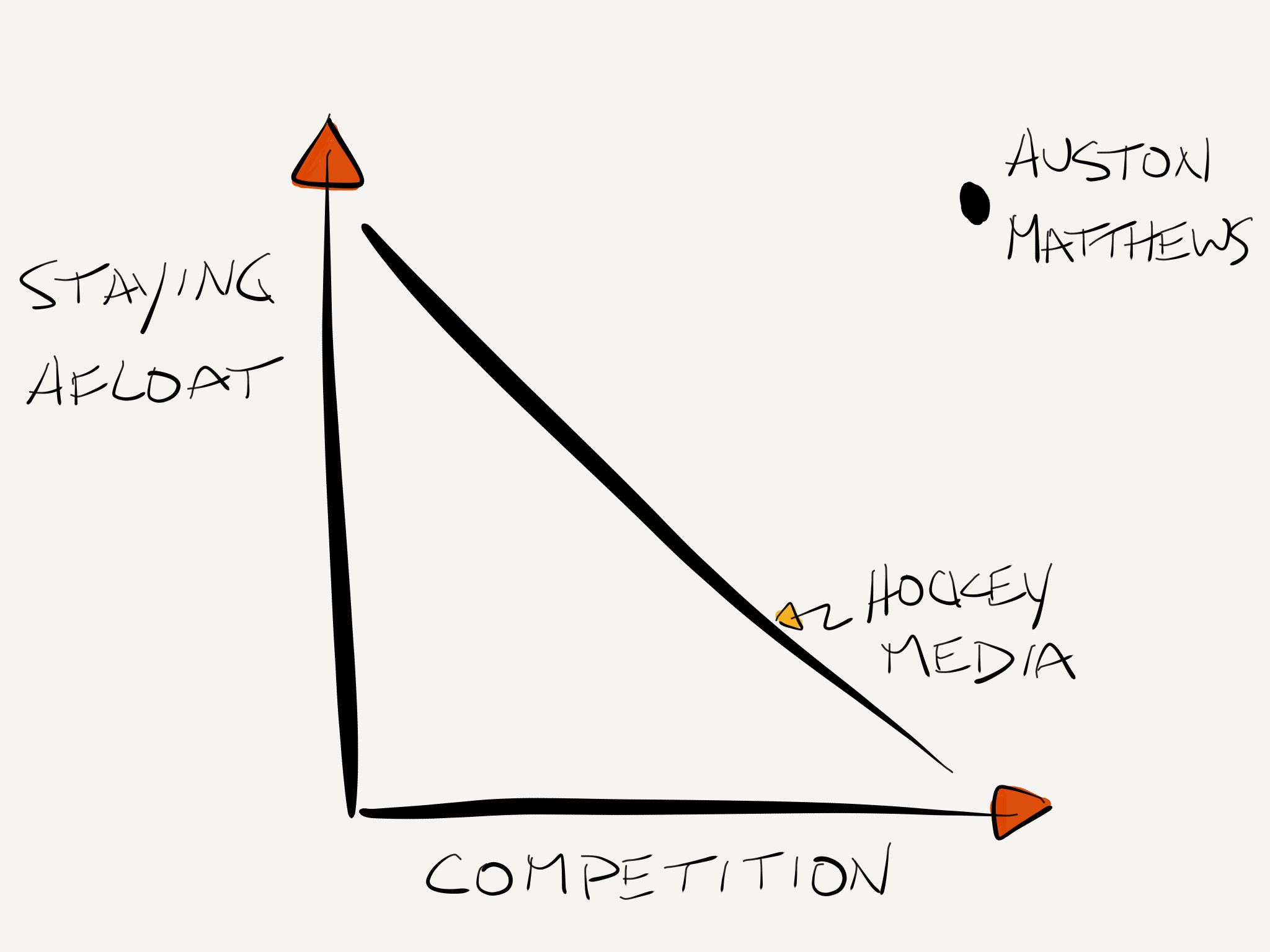 By Graphic Comments
4 years ago
Comments
Well, here we are two weeks later and it appears the “national” hockey media is still talking about Auston Matthews.
I mean, I know it’s Toronto but come on. Leafs fans really should change their little slogan to “Buds 24/7, 365.”
Anyway, just when I thought everyone had moved on, Matthews is back in the spotlight because now he’s allegedly feuding with Leafs coach Mike Babcock. But more on that later.
First, let’s recap how the mainstream media turned on Matthews during that Toronto-Boston series.
It all started with a 3-1 loss in Game 4 of the Leafs’ first round series against the Bruins. Matthews was a non-factor, but then so were the rest of his teammates. But what really burned the Toronto media was that Matthews wasn’t made available to the media following the game. So much so, that they were still harping on it a week later:
Advertisement
Ad
Advertisement
Ad

Jake Gardiner is a good kid. And huge kudos to him for facing the music and being accountable for the way he played. Auston Matthews hid in the training room after being invisible in Game 4.

#Leafs head coach Mike Babcock was asked on @OverDrive1050 why Auston Matthews doesn't get as much ice time as stars like Connor McDavid or Aleksander Barkov. This was Babcock's response.

Advertisement
Ad
Advertisement
Ad
And hey, maybe he’s right. As I said above, Matthews is still just a kid.
Unfortunately, some in the Toronto media don’t seem willing to accept or even acknowledge that.
* does not apply when facing Willie Desjardins
Follow @petbugs13
Follow @GraphicComments