Advertisement
Ad
‘Once somebody’s got their mind made up it’s hard’: Sven Baertschi spoke candidly about his tough past two seasons 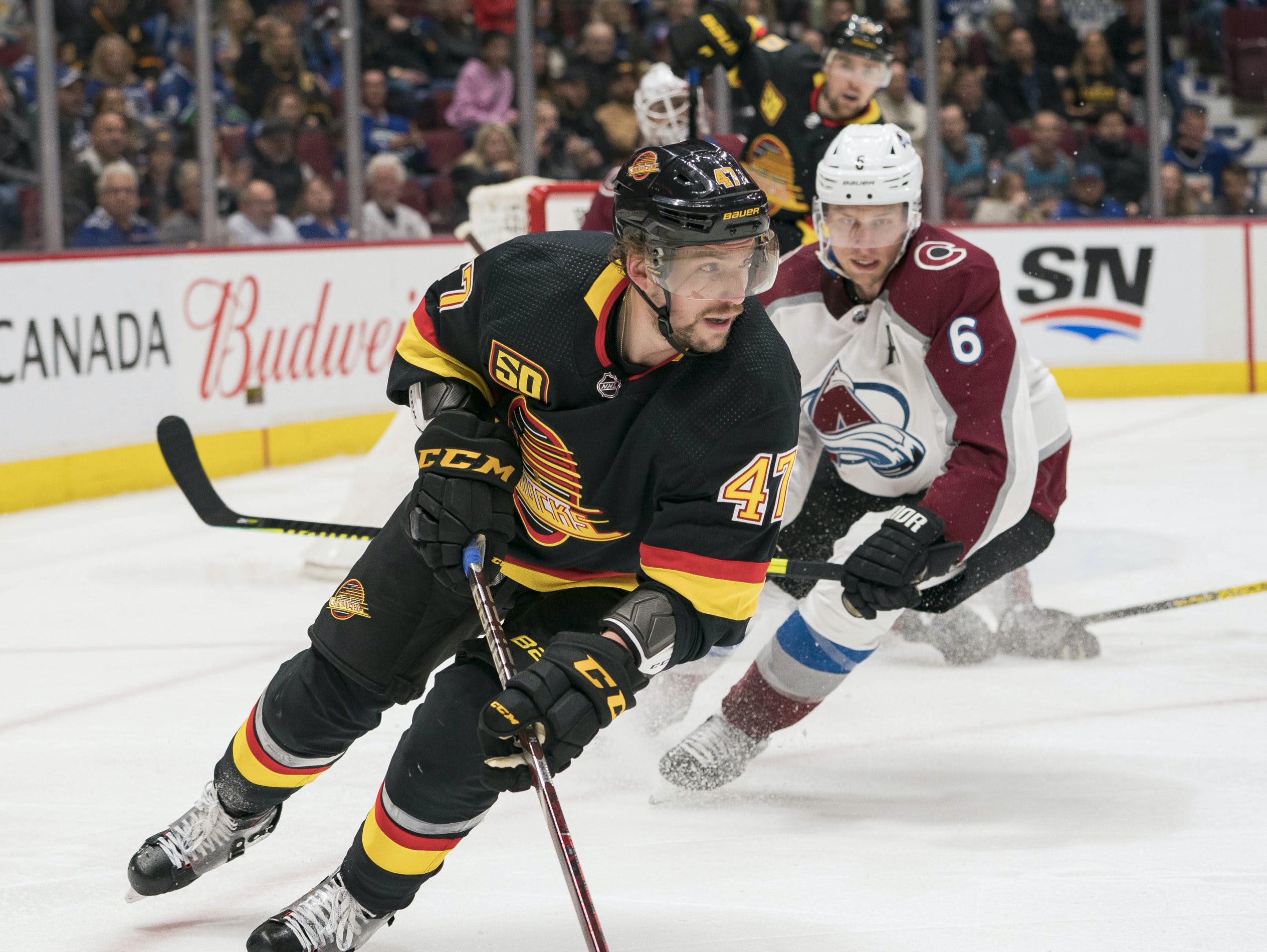 Photo credit: © Bob Frid-USA TODAY Sports
By Faber
1 year ago
Comments
After signing a three-year, $10,099,998 contract in the summer of 2018 at the age of 25, Sven Baertschi appeared to be a key cog in the rebuild of the Vancouver Canucks.
He was a young winger that Jim Benning traded a second-round pick for and his offensive game began to thrive when he was given top-six minutes with the Canucks.
Baertschi was a solid power play producer for the Canucks in his NHL time but something changed after concussion-related injuries kept him out of the lineup for 53 games in the 2018-19 season. After that year, he was basically sent to the AHL and forgotten about after Benning called him a “soft skill” type of player.

Things I heard about Sven Baertschi from Utica Comets players:
“Bartsch was the best mentor in Utica. You could ask him anything.”
“A truly amazing guy. It’s too bad how things worked out for him.”
“He helped all of us young guys every day.”

I sure hope he gets another NHL shot.

Advertisement
Ad
Advertisement
Ad
I watched a lot of Baertschi over the past two years and at times, I would have definitely liked to see more in the AHL. If he is serious about an NHL future, he should have been dominating the minors. At times, he was dominating that league but there were far too many games where he simply did not look like he belonged in the NHL.
When Benning talked about Baertschi as soft skill, it should have been a kick in the pants to Baertschi to not be that type of player in Utica and simply put, he wasn’t consistently playing with a hard skill play-style.
I think there is an NHL job out there for Baertschi, who tallied over a point per game in the 2019-20 AHL season but only put up 14 points in 24 games this year.
Advertisement
Ad
Advertisement
Ad
At 28 years old, he might need to win a job out of camp on a PTO or two-way deal with another team.
As for the Canucks and Baertschi, his contract coming to an end is a good thing for both sides. Obviously, it didn’t work out well for either party, but now that Baertschi is a UFA, each side can wipe their hands and move on from the strange situation.
From all accounts, Baertschi has been a great helper to the Canucks prospects and the coaching staff down in Utica spoke very highly of him on and off the ice.
All that being said, this could be the last time you’ll see Sven Baertschi’s name here on CanucksArmy.