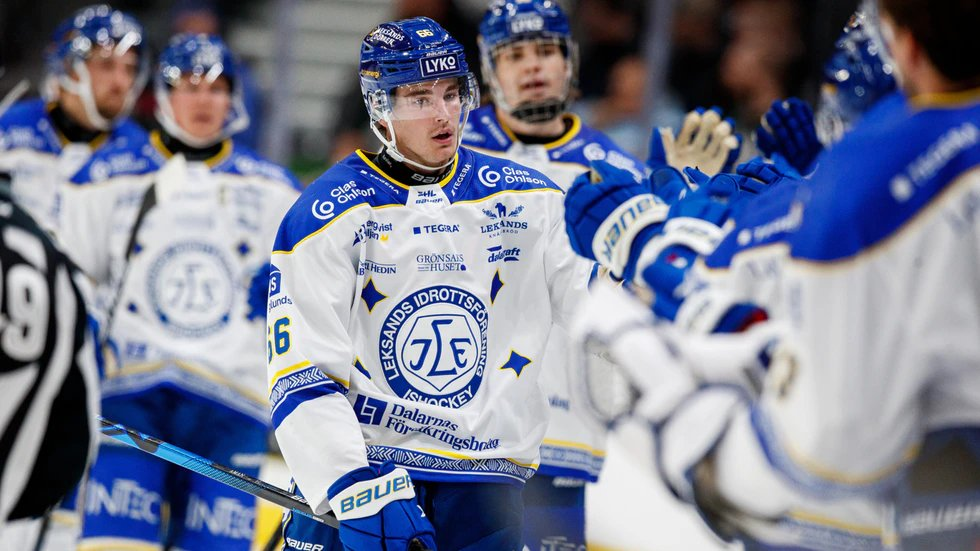 Photo credit: Swedish Hockey League on Twitter
By Mike Gould
7 months ago
Comments
The Vancouver Canucks have agreed to terms with forward Nils Aman on a two-year entry-level contract.
The club announced the deal on Tuesday afternoon. While the Canucks did not publicize any details of Aman’s deal, his age (22) means the contract will run for two seasons.

Aman is a 6’2″, 185-lb centre from Avesta, Sweden. He spent the last two seasons as a regular with the Swedish Hockey League club Leksands IF, most recently scoring 14 points (six goals, eight assists) in 51 games with the team in 2021–22.
“Nils is a smart hockey player who plays with speed and has a strong work ethic,” Canucks general manager Patrik Allvin said in the press release announcing the signing. “He possesses a good two-way game, and we look forward to seeing his continued development on both sides of the ice with the Canucks organization.”
Aman appeared in seven games and recorded two assists with Team Sweden last month at the 2022 IIHF Men’s World Championship in Finland. He also played in nine Champions Hockey League games with Leksands IF in 2021, scoring one goal and one assist.
Advertisement
Ad
Advertisement
Ad

The Colorado Avalanche originally selected Aman in the sixth round (167th overall) of the 2020 NHL Draft. Aman became an unrestricted free agent on June 1 after the Avalanche opted against signing him to an entry-level deal.