Advertisement
Ad
Instant Reaction: Spencer Martin shines in vain as the Canucks close out 2022 with a loss in Calgary 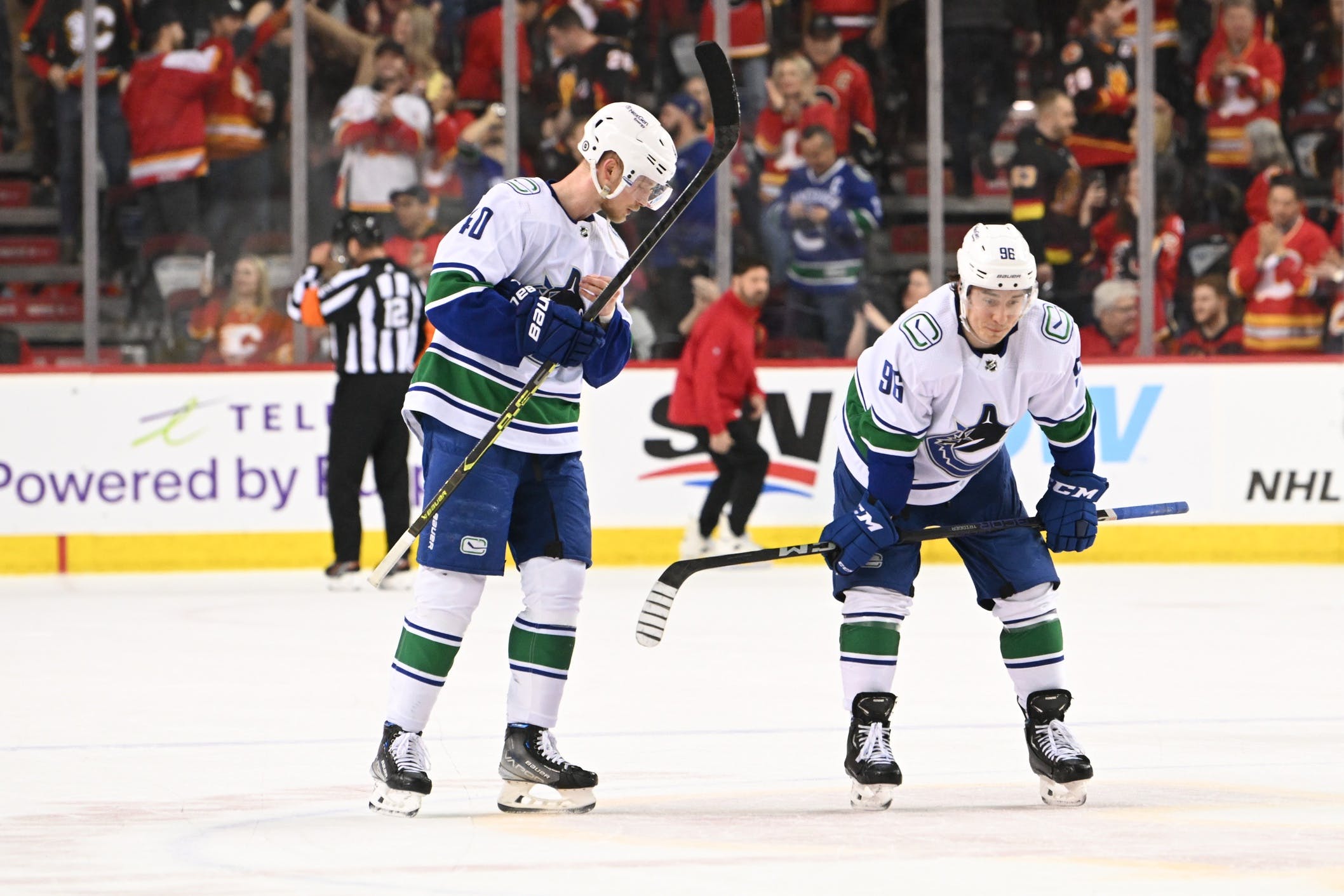 Photo credit: Candice Ward-USA TODAY Sports
By Lachlan Irvine
1 month ago
Comments
The Vancouver Canucks said farewell in 2022 in disappointing fashion with a mistake-filled 3-2 loss to the Calgary Flames at the Scotiabank Saddledome.
In the first two periods, the Canucks’ effort level was either uninspired or non-existent. Bad decisions in the offensive zone and poor line changes kept leading to fast breaks the other way and cost them on both of Calgary’s first two goals.
To make matters worse, the one player who needed to have a great game had one of his worst efforts of the season.
If J.T. Miller was hoping to silence the critics after his outburst at the end of the team’s last game, he ended up only giving them more fodder. His complete lack of care after turning the puck over led directly to both the first two goals.

Sportsnet pushing my JT Agenda and showcasing his lack of backchecking on the first goal to the point that even Kevin Bieksa admitted he couldn't defend it.

That's why JT screaming at Delia makes no sense, he should be screaming at himself more. pic.twitter.com/9xqkxuki3v

One bright thing is for certain: Spencer Martin was solid as a rock tonight. Don’t let the pedestrian .900 save percentage fool you, Martin came up huge in this game at crucial points, including robbing Blake Coleman twice in the third period.
Advertisement
Ad
Advertisement
Ad

The Canucks were nearly able to mount a comeback thanks to Martin’s heroics and the hard work of players like Conor Garland and Sheldon Dries, who gave the team life late in the second by batting a goal past Jacob Markstrom.

Garland washes, Sheldon Dries. #Canucks are on the board, 3-1. pic.twitter.com/9FMp15lkZi

Elias Pettersson continued his tear with his tenth point in five games to get the Canucks within one, but that’s as close as they’d get.
Bruce Boudreau avoided a conflict by pulling Martin for the empty net with over two minutes left, but Miller didn’t find the same competitive spirit he supposedly had last game.

In the end, only a few players deserved a better fate tonight, and the question’s about the team’s future will only get louder as we turn over the calendar.
What else is there to say besides expressing hope that 2023 is a much better year for the Vancouver Canucks than this one has been. Happy New Year, Canucks fans.
Advertisement
Ad
Advertisement
Ad
What’s your instant reaction to tonight’s game? Let us know in the comments section below!