Advertisement
Ad
Nazem Kadri is reportedly going to the Calgary Flames: Around the Pacific 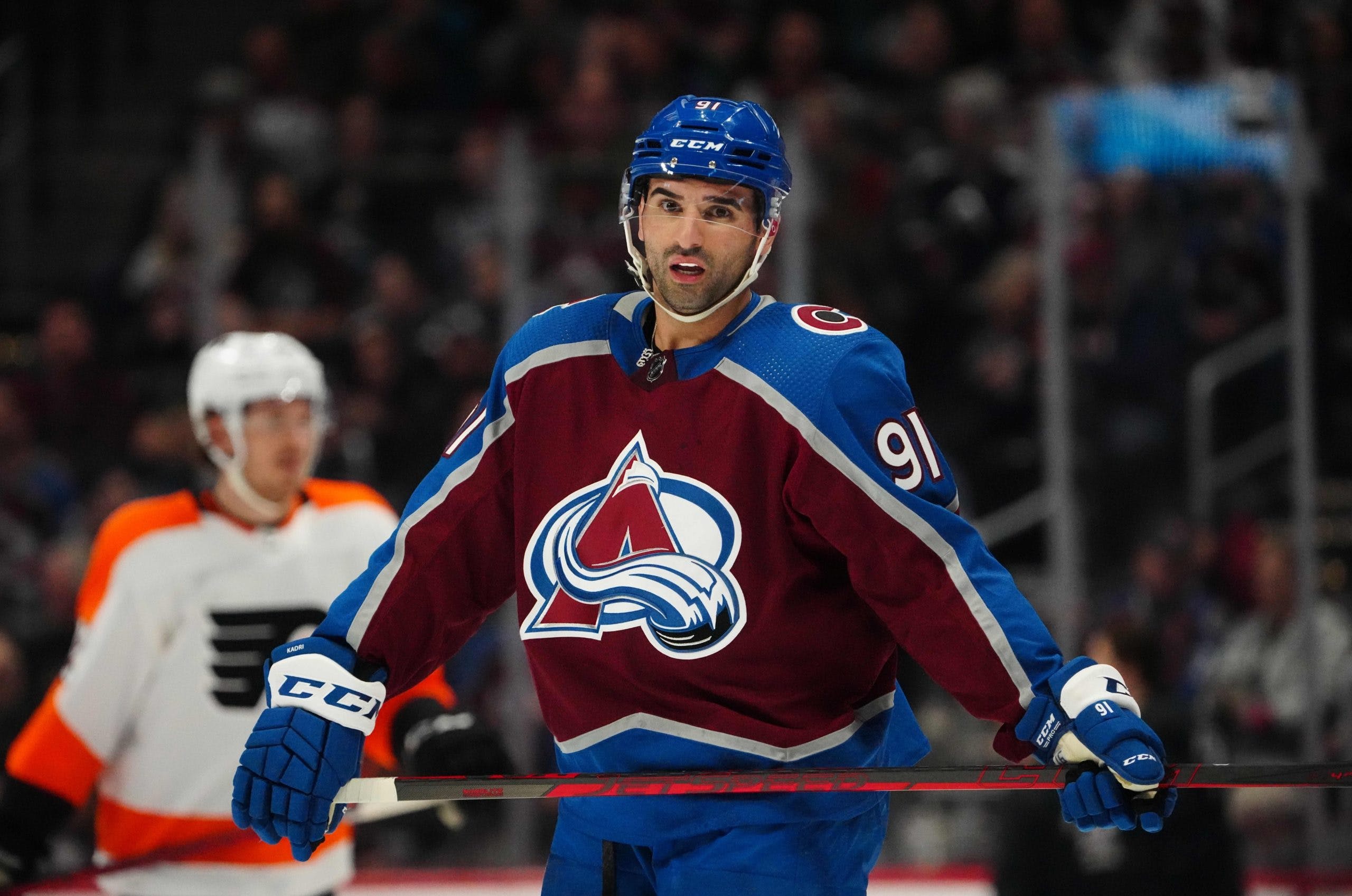 Thursday morning brought some new excitement into the hockey world.

ESPN hockey insider Kevin Weekes posted up outside St. Michael’s school and reported that the Calgary Flames are working on a potential deal to move on from Sean Monahan and his $6,375,000 cap hit.

With the added cap space, the Flames are reportedly signing free agent Nazem Kadri to a seven-year deal.

Kadri deal to the Flames is being finalized. 7 year deal is believed to be the term.

The player makes a lot of sense for the Flames, who should be able to assemble enough offence to look like a threatening team in the Pacific Division. It’s clear that the Flames will be strong on the backend and though they will be relying on some new names for offence, you’d have to think that they are primed to defend their division title after a 111-point season last year.

Kadri signing with the Flames comes as quite a surprise as there were plenty of rumours that the New York Islanders would be able to get a deal done to bring the centre to Long Island. This recent signing does open up the door for more speculation around the Islanders being a great fit for the Canucks to explore with a J.T. Miller trade.

It would be a strong one-two punch down the middle with Matt Barzal and Miller being your top-six centres. The Islanders are hungry for playoff hockey and general manager Lou Lamoriello may need to make a big move to get the Islanders into win-now mode.

Let the rampant rumours reign on as many believed the Islanders would be out on Miller but now it seems like a pretty good landing spot for the Canucks top-scoring player from the 2021-22 season.

Why doesn’t JT Miller have a contract yet?

We asked him. Here’s what he had to say: pic.twitter.com/jg9Q4nz77m

At this current date, Miller is a Canuck and is excited about the team’s upcoming season.

There’s an improved roster, a full season of head coach Bruce Boudreau, and young players primed to take a step as they reach for their potential.

It’s hard to predict what will happen, as the Canucks want to be a playoff team this coming season but Jim Rutherford has made his two options with Miller very clear — the Canucks are either going to sign him to a contract that makes sense for the team or they are going to trade him for the best return.

"What's the impatience for?.."@Canucks President Jim Rutherford joined us and reacted to all the talk around J.T. Miller and the idea some fans are growing impatient.

Do you believe that the Flames are still the frontrunners of the Pacific, and does this signing change your thoughts on a possible Miller to NYI trade?

Let us know in the comments!