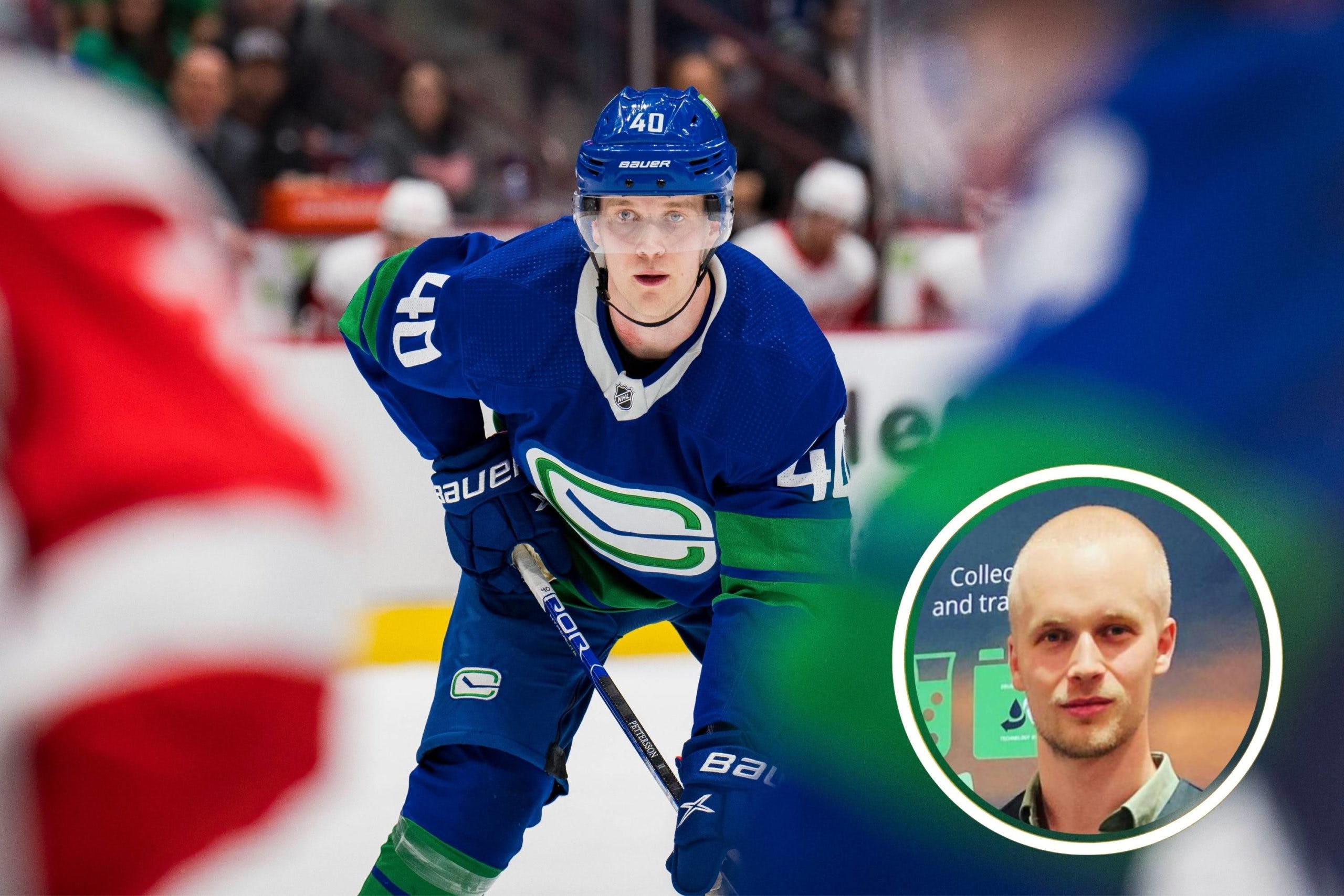 By Mike Gould
5 months ago
Vancouver Canucks forward @Elias Pettersson sent fans into a frenzy on Tuesday when a photo of him sporting a buzzcut at an event in Sweden went viral on Twitter.
Pettersson, 23, has never been defined by his blonde hair to the same extent as, say, Canucks teammate @Brock Boeser, but it still came as a significant shock to many in Vancouver to see the star centre with a fresh buzz. Elias Pettersson (right) stands with brother Emil (far left) at an event in Göthenburg, Sweden. Photo via @thorinmattias on Instagram.
The Pettersson brothers were in the Swedish city of Göthenburg to attend a convention as representatives of Rocco Oil Sweden, a company that claims to specialize in “high-quality environmental oils and in restoring spent industrial oil so that it can be used again and again.”
Elias took a stake in the company in 2019; family patriarch Torbjörn Pettersson is the CEO and sits on the company board. Rocco Oil Sweden is based in Ånge, a small municipality in southwestern Sweden where Pettersson grew up.
Pettersson’s new haircut received … shall we say, mixed reviews from Canucks fans on Twitter.
https://twitter.com/simpforquinn/status/1531773644946296832
Pettersson set new career-high marks in goals (32), points (68), and games played (80) during the 2021–22 regular season, his fourth with the Canucks.
More from CanucksArmy:
Uncategorized
Recent articles from Mike Gould