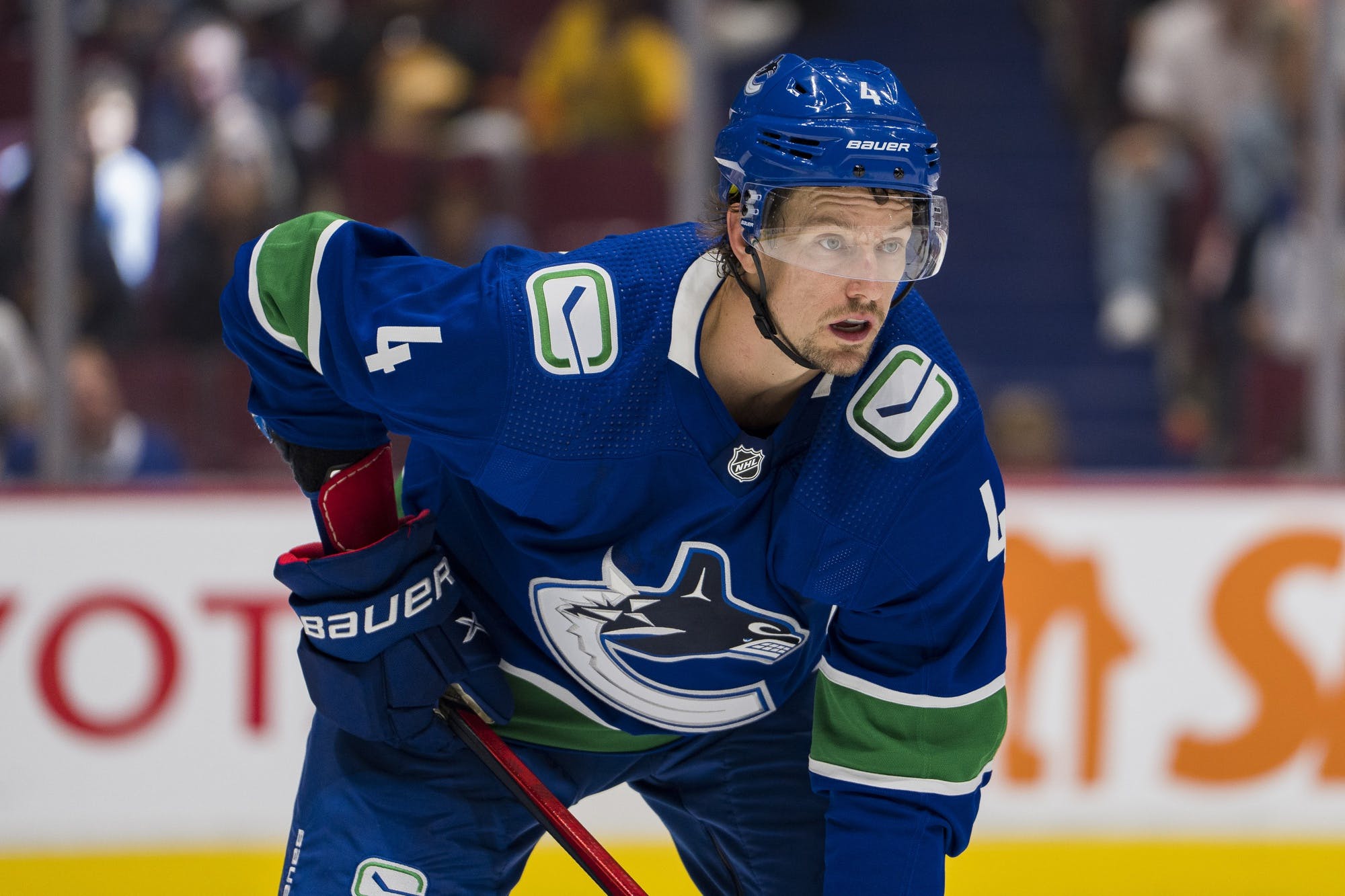 By Mike Gould
2 months ago
The Vancouver Canucks have made another large round of cuts to their training camp roster, with veteran defender Danny DeKeyser among the 13 players released today.
DeKeyser, 32, had been attending Canucks training camp on a professional tryout. The Western Michigan University alumnus has scored 33 goals and 146 points in 547 career NHL games, all with the Detroit Red Wings.
Now, DeKeyser is back into the unrestricted free agency pool. With their latest cuts, the Canucks are down to 29 players (18 forwards, nine defencemen, and two goaltenders) in their training camp.
Here is the full list of players cut by the Canucks on Tuesday:
Stevens, Juulsen, Keeper, Brisebois, and Delia will all have to pass through waivers to be assigned to the American Hockey League. The rest (aside from DeKeyser) have all been assigned directly to the Abbotsford Canucks.
With Delia, Silovs, and DiPietro all cut from training camp, the Canucks appear to have their goaltending tandem set for the 2022–23 season. No surprise here: Thatcher Demko and Spencer Martin will start the year as the NHL duo in Vancouver.
It remains to be seen whether Delia will sneak through waivers. NHL teams have been active in claiming goaltenders this fall, with Jonas Johansson going from the Colorado Avalanche to the Arizona Coyotes and, just yesterday, Magnus Hellberg transferring from the Seattle Kraken to the Ottawa Senators.
Delia, 28, is an experienced professional goaltender with 32 NHL games under his belt. The Rancho Cucamonga, California product posted a 9–12–5 record and a .904 save percentage over parts of four seasons with the Chicago Blackhawks before joining the Canucks as an unrestricted free agent this past offseason.
Shortly after the announcement of their roster cuts, the Canucks signed Surrey, BC native Michael Regush to a one-year AHL contract.
News
Recent articles from Mike Gould