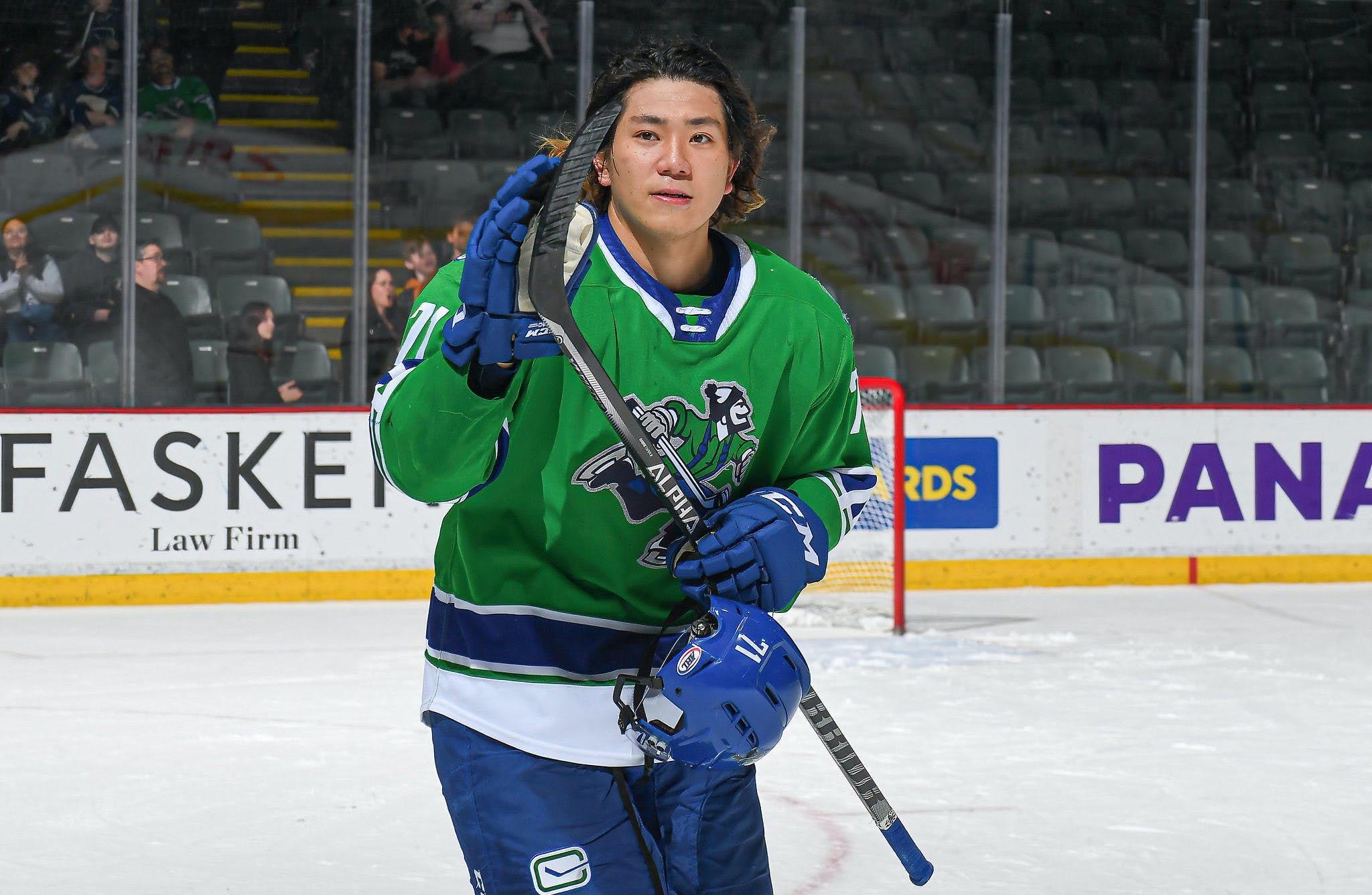 By Mike Gould
2 months ago
The Vancouver Canucks have reduced their training camp roster by eight players, the club announced Monday.
The Canucks now have 51 players (29 forwards, 17 defencemen, five goaltenders) remaining at training camp.
The following players have been cut from Canucks training camp:
Hirano and Nychuk will both join the Abbotsford Canucks after attending Vancouver camp on tryouts.
Shepard, Anderson, and MacPherson also attended Vancouver camp on tryout agreements and have been released with the freedom to pursue other opportunities.
Lockhart, Kudryavtsev, and Young are all recent Canucks draft picks who attended camp largely for the purpose of gaining experience and familiarity with the organization. They will now return to their respective Canadian Hockey League clubs for the upcoming season.
Hirano, 27, captured the hearts of many Canucks fans last season after joining Abbotsford midway through the year. The big winger became the first Japanese-trained player to score in the AHL and finished the season with five goals and 12 points in 30 games, parlaying his performance into another contract with Abbotsford and an invite to an NHL training camp.
Nychuk and Hirano should both be in attendance when Abbotsford Canucks training camp begins in Port Coquitlam on October 5.
News
Recent articles from Mike Gould