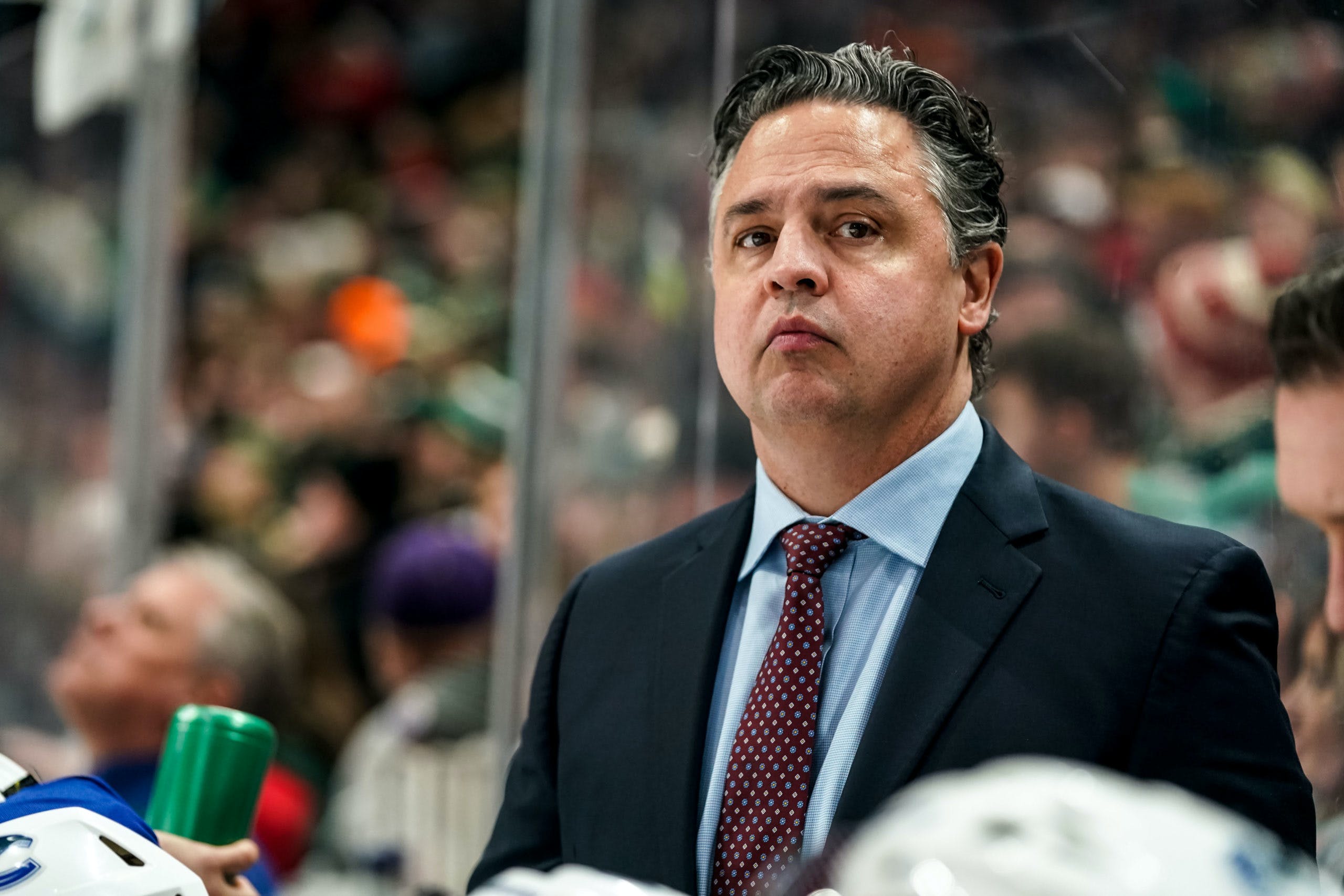 By Mike Gould
2 months ago
Former Vancouver Canucks head coach Travis Green will be in Davos, Switzerland next month to lead Team Canada at the 2022 Spengler Cup, TSN’s Darren Dreger reported Wednesday.
Green, 51, served as Canucks head coach for parts of five seasons before being replaced by Bruce Boudreau in December 2021. He helped the Canucks reach the second round of the bubble playoffs in 2020.
Dreger also indicated that Shane Doan will act as Team Canada’s general manager for the Spengler Cup.
Green is no stranger to Switzerland. He previously played for Swiss club EV Zug during the 2007–08 season, scoring nine goals and 20 points in 29 games during the regular season and adding three assists in six playoff contests.
That same year, Green skated for Team Canada in the Spengler Cup. He picked up an assist in five games as Canada defeated Salavat Yulaev Ufa in the 2007 Final.
During Green’s tenure with the Canucks, he led the team to a 133–147–34 record in 314 regular-season games. The Canucks never finished higher than fourth in their division with Green behind the bench.
Team Canada has won four of the last five Spengler Cups, although the tournament has not been played since 2019 due to the COVID-19 pandemic. The invitational championship typically takes place on an annual basis at the iconic Vaillant Davos in Davos.
The 2022 Spengler Cup will take place from Dec. 26 to 31.
News
Recent articles from Mike Gould