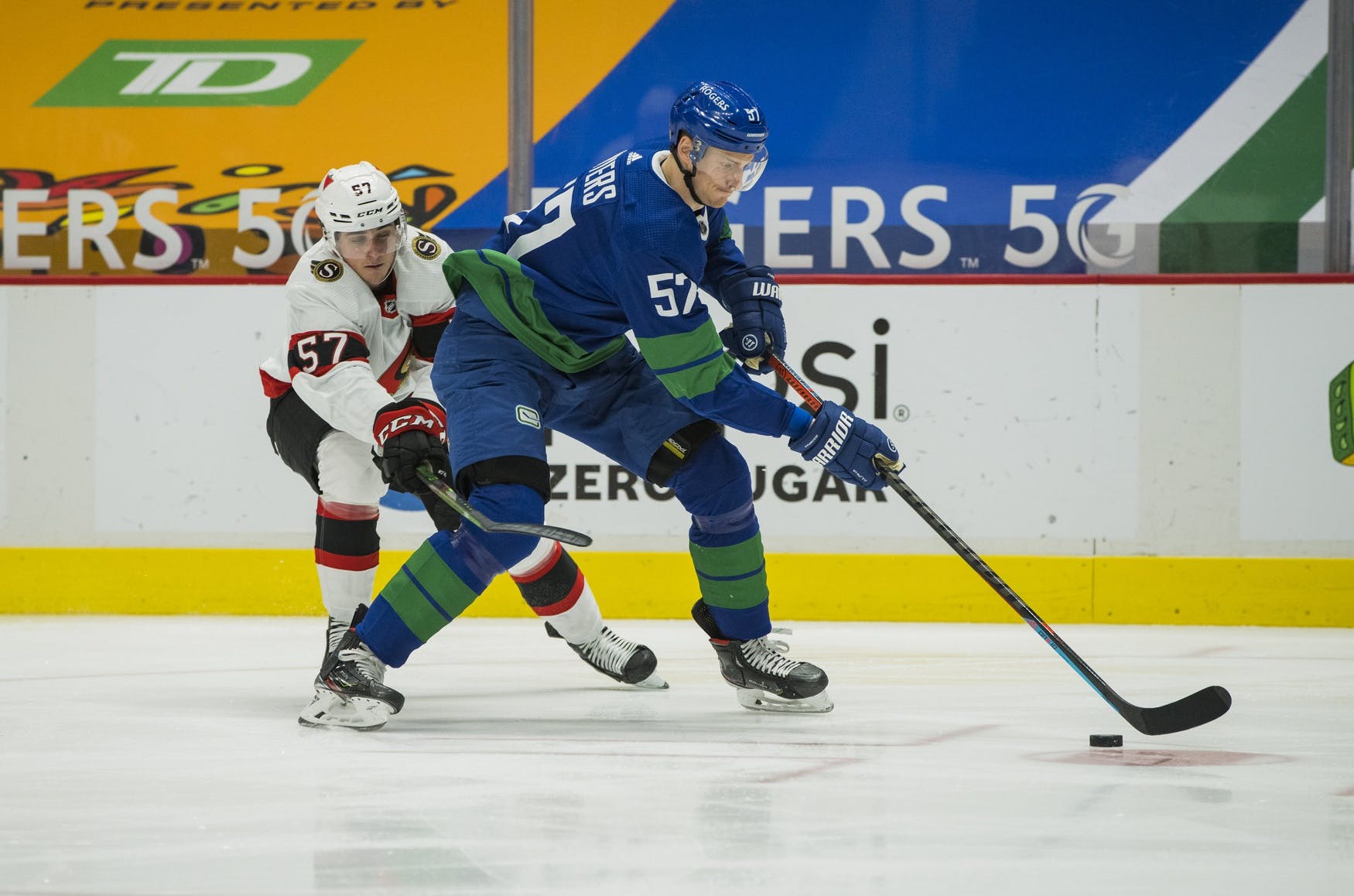 By Mike Gould
2 months ago
Sportsnet’s Elliotte Friedman made waves during Saturday’s Hockey Night in Canada broadcast by sharing a tidbit about a trade idea the Vancouver Canucks and Ottawa Senators have discussed.
According to Friedman, the Canucks and Senators have talked about a trade that would see Tyler Myers head to the nation’s capital in exchange for fellow right-handed defenceman Nikita Zaitsev.
“I do think [the Senators] and Vancouver talked about a Tyler Myers, Nikita Zaitsev-type trade,” Friedman said, adding that he doesn’t think “it ever got to Myers” — indicating Zaitsev may have objected to the deal via his modified no-trade clause.
“I do think the two teams talked about it,” Friedman added. “It would give Vancouver a bit of cap relief, Ottawa, help on defence. I don’t know where it stands right now or if it could be revived, but it was at some level discussed.”
Zaitsev, 31, is under contract through the end of the 2023–24 season — the same as Myers — at a $4.5 million annual cap hit. His contract also includes a 10-team no-trade clause.
Myers, 32, is signed for this season and next at a $6 million cap hit. His deal includes the exact same trade protection.
Zaitsev has one assist and has averaged 15:14 in seven games with the Senators in the 2022–23 season. He recently cleared waivers and was assigned to the Belleville Senators of the American Hockey League.
The Canucks originally signed Myers to a five-year, $6 million AAV contract as an unrestricted free agent back in the summer of 2019. The 6’8″ defenceman has four assists while averaging 20:49 in 15 games with the Canucks this season.
News
Recent articles from Mike Gould