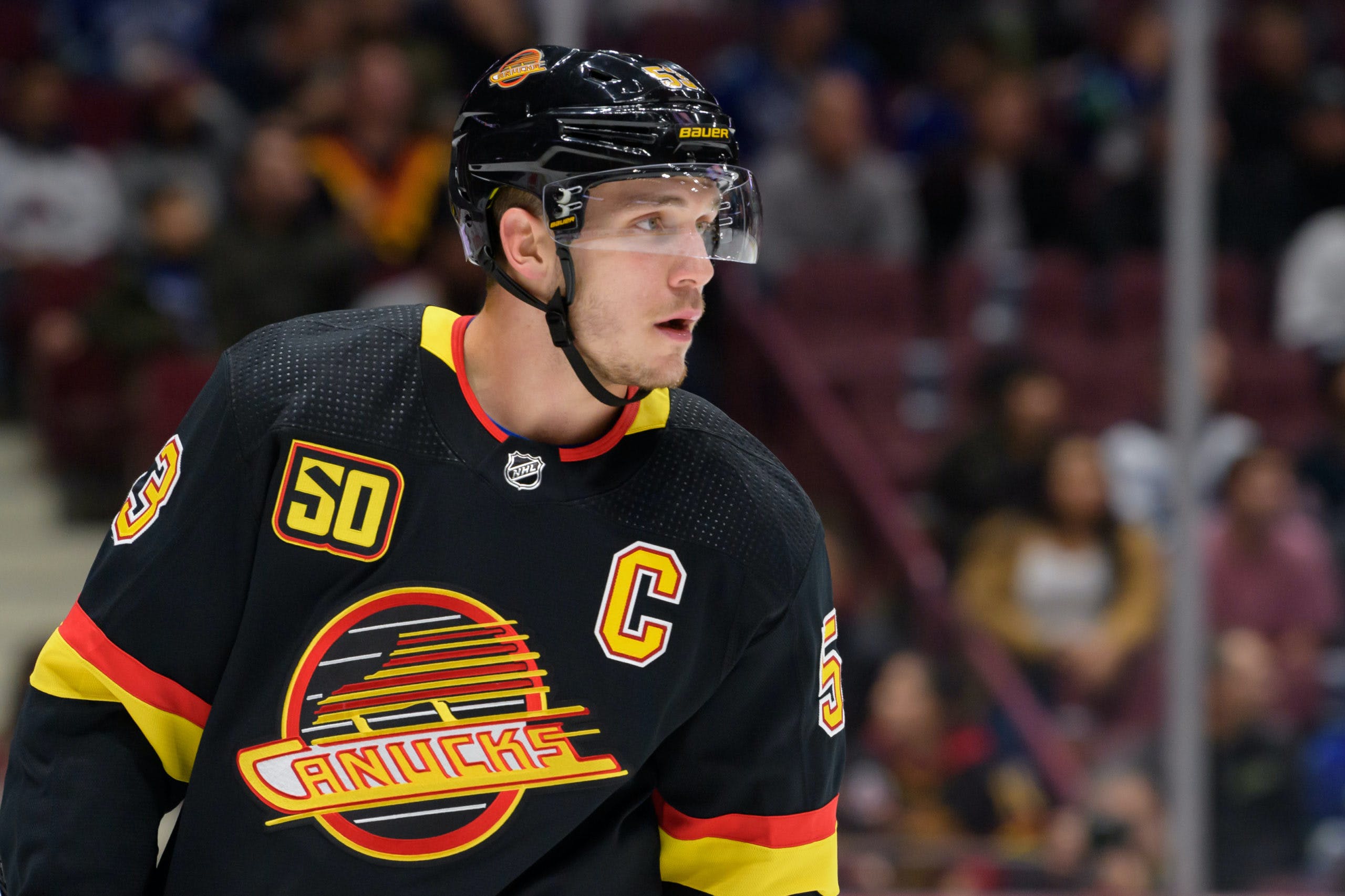 By Mike Gould
3 months ago
Daily Faceoff hockey insider Frank Seravalli popped onto Sportsnet 650 in Vancouver on Monday to chat all things Canucks and the National Hockey League on Canucks Central with Dan Riccio and Satiar Shah.
Canucks captain Bo Horvat is entering the final season of his current contract and is eligible to sign an extension at any time. His existing deal carries an annual cap hit of $5.5 million.
While it seems like a given that Horvat, a 27-year-old centre coming off a 31-goal season, would command a raise on his next deal, that’s a sentiment that might not be shared by the Canucks’ front office.
Seravalli discussed the Horvat contract negotiation with Dan and Sat, and brought up a comparable the Canucks’ front office used in early negotiations with their captain: Edmonton Oilers forward Ryan Nugent-Hopkins.
Frank Seravalli: “There’s a chance, maybe, that [the Horvat contract AAV] starts with a 6, but it’d have to be a high 6. I tend to agree with you, on the open market, that it’s a number that begins with a 7, probably all day long given the complete nature of Bo’s game. But that’s not where the Canucks started, and I mentioned with you guys a few weeks ago that the number the Canucks originally threw at the Horvat camp — and I don’t know how much has changed since or what has changed — was a number that began with a 5. And I think the comparison that they made, contract-wise, was Ryan Nugent-Hopkins and the deal that he signed with the Edmonton Oilers: 8 times 5.125 for a total of $41 million.”
Nugent-Hopkins is two years older than Horvat, having been selected first overall in the 2011 NHL Draft. He’s never scored 30 goals in a season, although he’s reached 20 four times. RNH averages 60.2 points per 82 games; Horvat managed 52.5, but he also doesn’t get to skate with the league’s most dangerous power play.
As Seravalli mentioned, Nugent-Hopkins’ contract (signed in June 2021) carries a $5.125 million cap hit until 2029. That figure would represent a pay cut for Horvat, who has earned an average of $5.5 million annually since 2017. (Nugent-Hopkins’ contract also includes a full no-movement clause).
Horvat is the most notable Canuck set to hit unrestricted free agency next summer. He could potentially be joined by Andrey Kuzmenko, whose one-year entry-level contract will take him directly to UFA if he doesn’t agree to an extension with the Canucks in the interim.
News
Recent articles from Mike Gould