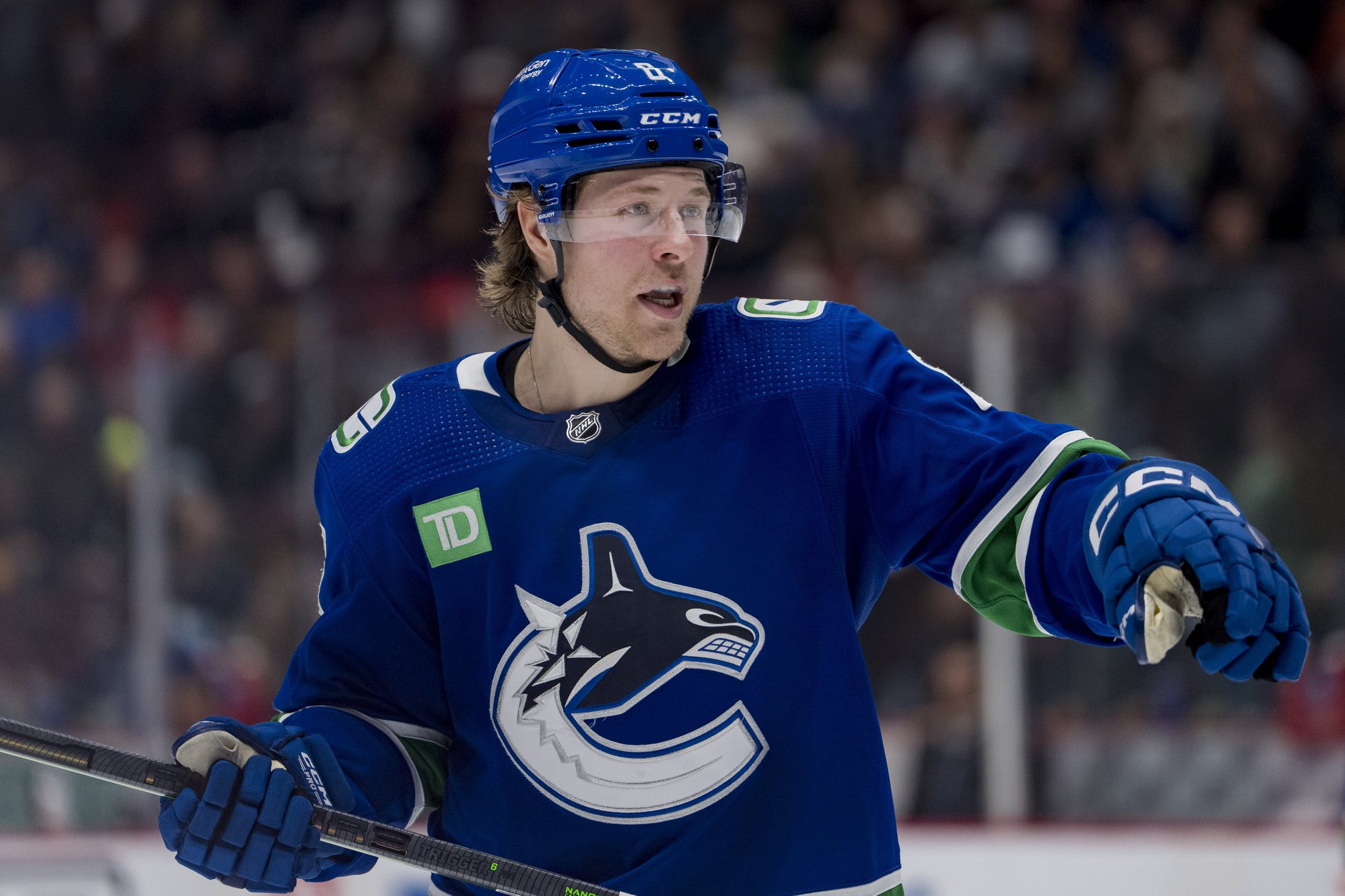 By Mike Gould
19 days ago
The Athletic hockey insider Pierre LeBrun provided an update on the Brock Boeser trade market on Wednesday as part of his latest “Trade Rumblings” column.
Boeser is in the midst of arguably his best stretch of the year so far but remains surrounded by the trade rumours that have dogged him all season long. The 25-year-old forward has eight goals and 24 points through 32 games with the Canucks to start the 2022–23 regular season.
Here’s what LeBrun had to say about Boeser on Wednesday:

… Word is that teams keep poking around on Brock Boeser and are exploring it in a more realistic manner. I don’t think anything is imminent, but teams are giving it more thought and trying to see how they could make it work.
Boeser still has another two years on his contract after this season at a $6.65 million AAV.
The Wild have talked to Vancouver about it, and Boeser returning to his home state would be a good story, but it doesn’t sound like Minnesota feels it can make it work cap-wise.

The Canucks originally selected Boeser in the first round (No. 23 overall) of the 2015 NHL Draft. The Burnsville, MN product has surpassed 20 goals in a season four times in his career and, even after his slow start, is on pace to come close to that mark again this year.
Boeser only just signed his current three-year contract with the Canucks back in July but might not end up completing even a single season of it with his original team. Through parts of seven campaigns with the Canucks to begin his NHL career, Boeser has amassed 129 goals and 280 points in 356 games.
For now, Boeser will remain with the Canucks as they return to action against the Tampa Bay Lightning at Amalie Arena on Thursday. You’ll be able to catch that game on Sportsnet Pacific at 4:00 p.m. PT.
News
Recent articles from Mike Gould