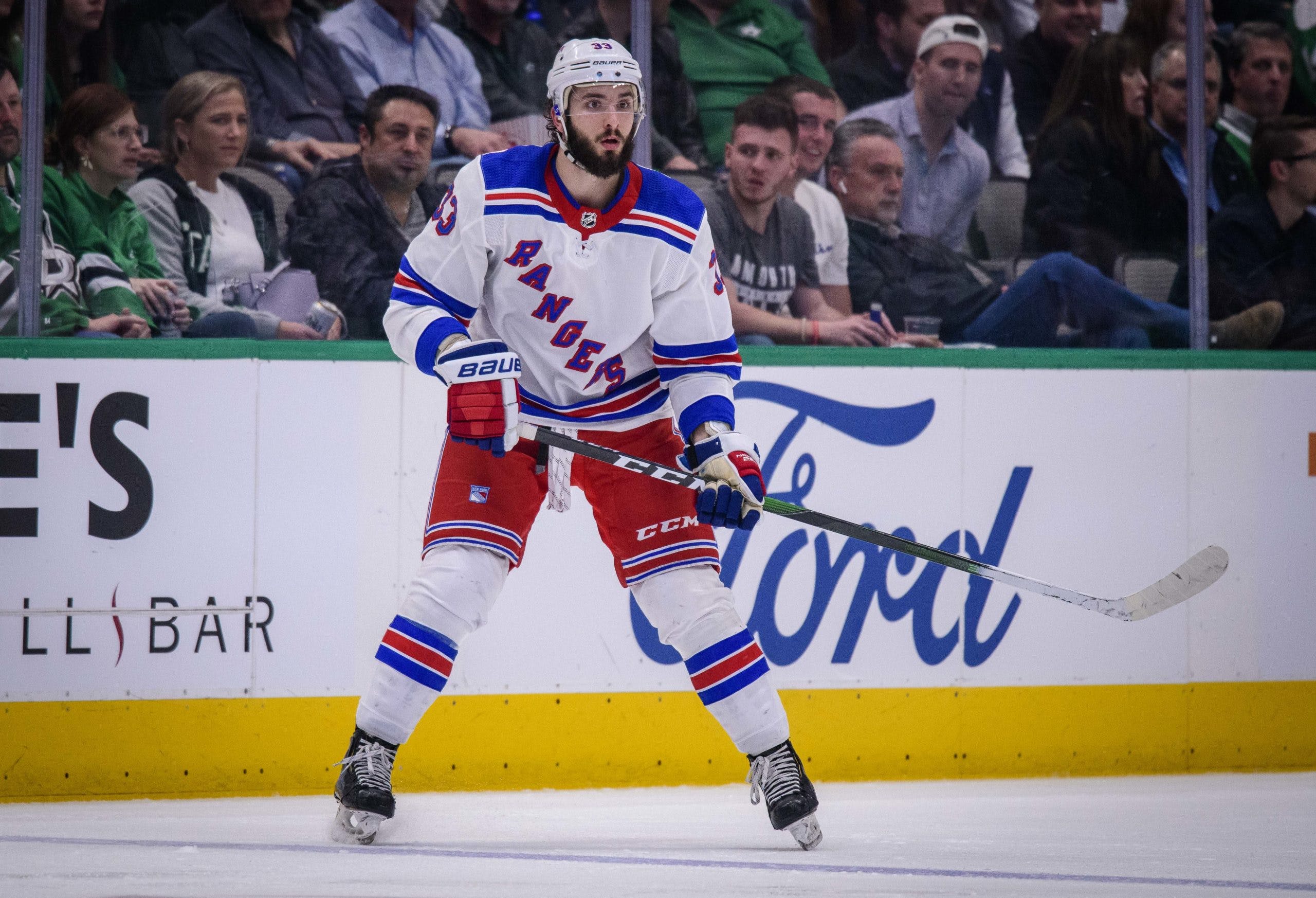 By Sean Warren
1 year ago
With a flurry of activity in free agency, the Vancouver Canucks bolstered their depth to round out their injury reserve options along with the roster of their brand new AHL affiliate in Abbotsford. Some of those signings could pose a legitimate threat to previously pencilled-in players to make the team out of training camp. Among those signings is 27-year-old Phil Di Giuseppe.
Although not the sexy name that he once showed promise to be as a prospect in the Carolina Hurricanes system, Di Giuseppe has evolved his game to be a very effective defensive player in a 4th line role at the NHL level.
The former 38th overall pick in the 2012 draft has been able to contribute offensively at a first line rate in the AHL so it’s not like his offence has evaporated altogether. As recently as the 2019-20 campaign, Di Giuseppe split time with both the New York Rangers and their AHL affiliate Hartford Wolfpack. In 43 games with Hartford, he chipped in with 14 goals and 26 points respectively. He had very similar offensive production during his time in the NCAA which shows that the offence in his game has been able to translate effectively to the pro game.
It just hasn’t converted from the AHL to the NHL with him.
However, throughout his NHL career, he’s been able to still contribute in a limited role with 1.31 points per 60 (minutes played) in his 201 NHL games played which isn’t too shabby at all.
But as touched on at the outset, there is plenty more to his game that can be of key importance for the 2021-22 Canucks.
Not only is he able to play a bit of a physical role as shown by his compilation of 450 hits over his career, but he is a high end defensive winger at even strength. 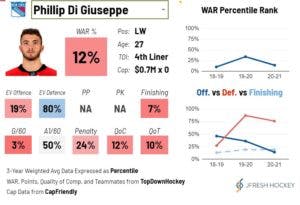 It’s no secret that after a taxing 2021 season, Travis Green and the Canucks are wanting to buckle down defensively with more structure and smarter systems. The addition of Associate Coach Brad Shaw highlights action on that behalf. With a newly assembled blueline group, utilizing cheap depth forwards that can contribute to such a style of play would be a smart add.
Of course, there is plenty of competition for this spot that will be decided in training camp. Matthew Highmore, Zack MacEwen, Nic Petan and Justin Dowling will be battling for a wing spot on the fourth line presumably alongside Brandon Sutter and Tyler Motte. Highmore is likely the favourite going into camp as things sit now but there’s real reason to feel Di Giuseppe can usurp him for that role. 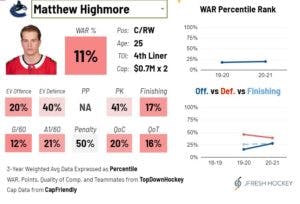 Highmore, acquired from Chicago at the last trade deadline in exchange for Adam Gaudette, can be a moderate upgrade as far as footspeed goes over Di Giuseppe but falls quite a bit short of him defensively. One thing that can assist Highmore heading into camp is his high energy finish with the Canucks.
Overall though, there are several advantages for Di Giuseppe over the field. At least based on what we have seen thus far from each player. Ultimately, it will come down to whoever gels best with Motte and Sutter or that Green and Shaw feel most comfortable trusting in key defensive roles.
Uncategorized
Recent articles from Sean Warren