WATCH: Ekman-Larsson receives championship belt from Podkolzin after first game back in Arizona 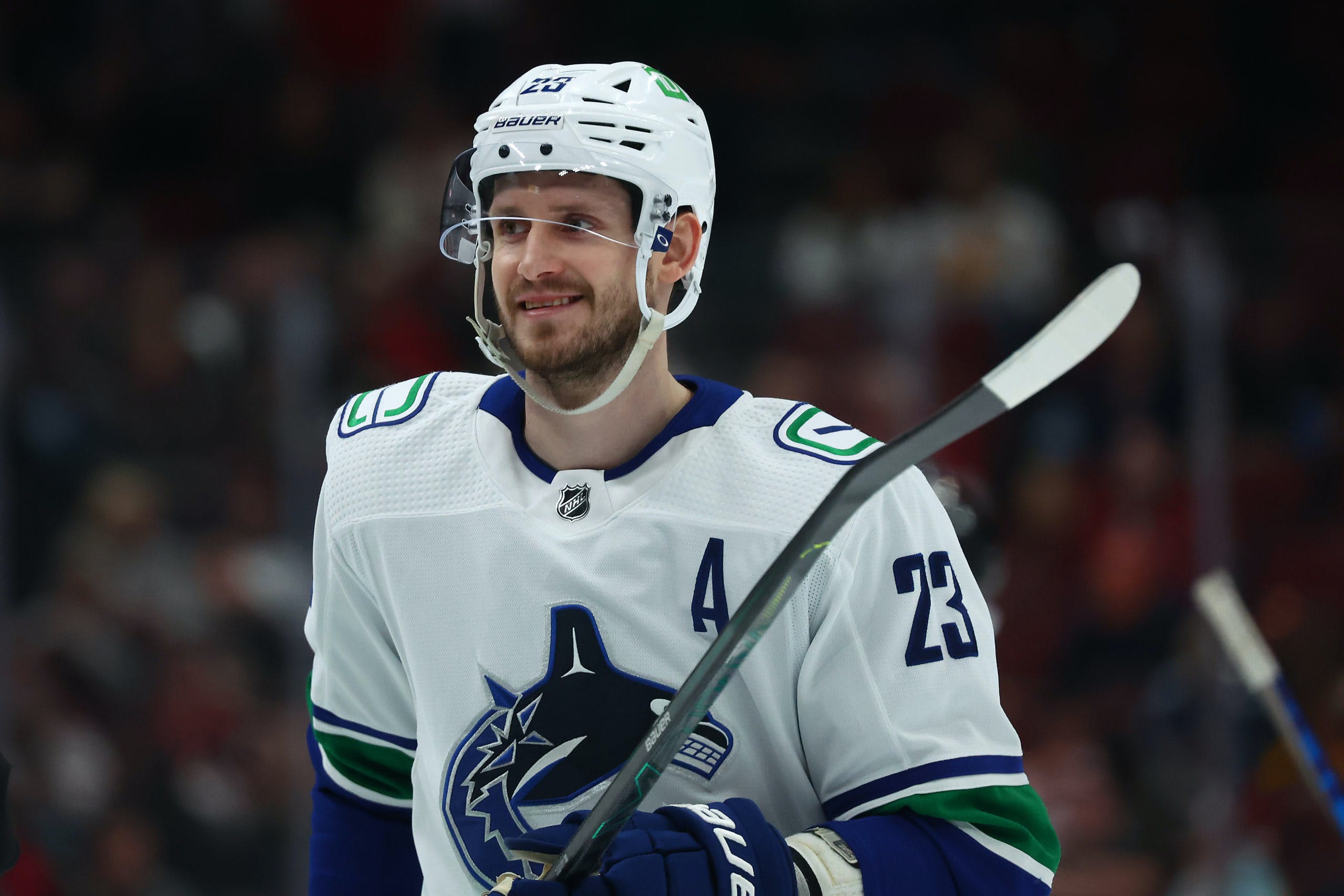 By Mike Gould
9 months ago
Vancouver Canucks defenceman @Oliver Ekman-Larsson was awarded the commemorative Canucks Championship Belt by teammate @Vasily Podkolzin after helping Vancouver win his first game back in Arizona by a 5–1 score.
“Guys, did a great job. Oliver, big game for you,” Podkolzin said to his teammates (sounding like a natural in English, which he has been learning throughout his rookie season) before presenting the belt to Ekman-Larsson.
“It wasn’t that pretty, but it was a win, and it’s a streak. So, keep it going,” Ekman-Larsson added before being showered with cheers.
Ekman-Larsson, 31, played the first 11 seasons of his National Hockey League career with the Coyotes after being selected by the club in the first round of the 2009 NHL Draft. Arizona traded Ekman-Larsson to the Canucks during the 2021 off-season.
Thursday’s game was the first of two meetings between the Canucks and Coyotes this season. Ekman-Larsson picked up an assist and logged 20:36 in the lopsided Vancouver victory.
During the first period, the Coyotes paid tribute to their former captain with a special video recognizing his contributions on and off the ice.
Forwards @Conor Garland, @Jay Beagle, and @Loui Eriksson were also involved in the summer trade and suited up on Thursday, with the latter two playing for the home side (@Antoine Roussel also remains with the Coyotes but is currently injured).
Arizona recognized Garland and former Coyote @Brad Richardson with a post on Twitter during the contest. Richardson spent five seasons with the ‘Yotes before leaving to sign with the Nashville Predators in 2020.
@Bo Horvat and @Alex Chiasson both scored a pair of goals for Vancouver on Thursday, with @Elias Pettersson also finding the back of the net to power the Canucks to a 5–1 win.
Ekman-Larsson and the Canucks (34–28–10) will return to action on Saturday when they host the San Jose Sharks (29–32–9) at Rogers Arena.
Uncategorized
Recent articles from Mike Gould