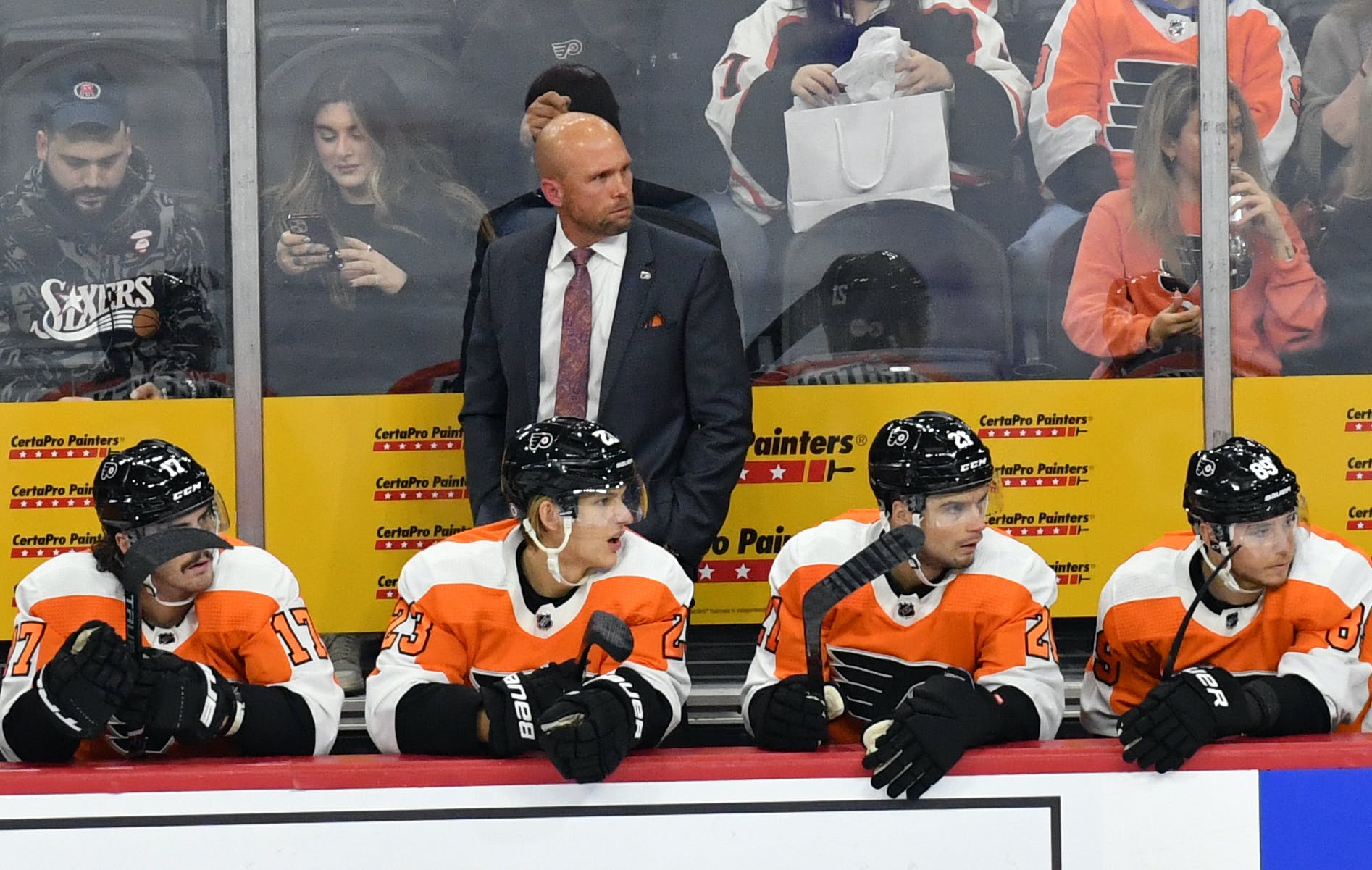 By Mike Gould
7 months ago
The Vancouver Canucks may be on the verge of filling the vacancy left by departed assistant coach Scott Walker.
Canucks hockey insider Rick Dhaliwal spoke at length about Mike Yeo on Thursday’s episode of Donnie & Dhali – The Team on CHEK TV, suggesting the ex-Philadelphia Flyers coach could join Bruce Boudreau’s staff in Vancouver.
“Just hearing Mike Yeo’s name a lot in Vancouver in the last couple of days,” Dhaliwal said. “Bruce Boudreau’s looking for an assistant coach, Yeo is front and centre in Vancouver. He’s had a couple of tough years in Philadelphia, looking for a fresh start.
“[Yeo] would have a lot of responsibility, Don, in Vancouver, so keep an eye on Mike Yeo and Vancouver.”
Don Taylor, Dhaliwal’s co-host, brought up the rumours about Yeo joining the Canucks shared by Elliotte Friedman earlier this month. The Canucks have yet to replace Walker, Darryl Seward, and Kyle Gustafsson on their coaching staff.
“Mike Yeo’s name was brought up, what, a week and a half, a couple weeks ago. It went away,” Taylor said. “We didn’t hear much, now we’re hearing it again.”
“I’m hearing it again, and I’m just hearing Mike Yeo’s name in Vancouver a lot in the last 48 hours, I would say,” Dhaliwal responded. “Let’s keep an eye on that one. But he is front and centre when it comes to Bruce Boudreau looking for an assistant coach.”
Yeo, 48, served as an assistant coach with the Philadelphia Flyers in 2020–21 and for the first 22 games of 2021–22 before being named interim head coach (replacing former Canucks bench boss Alain Vigneault) for the rest of the season.
The Scarborough product has also been the head coach of the Minnesota Wild and St. Louis Blues, compiling a 263–217–62 record in parts of nine seasons leading an NHL bench. He won the Stanley Cup in 2009 as an assistant coach with the Pittsburgh Penguins.
The Canucks’ current coaching staff includes head coach Bruce Boudreau, assistant coaches Jason King and Brad Shaw, and goaltending coach Ian Clark.