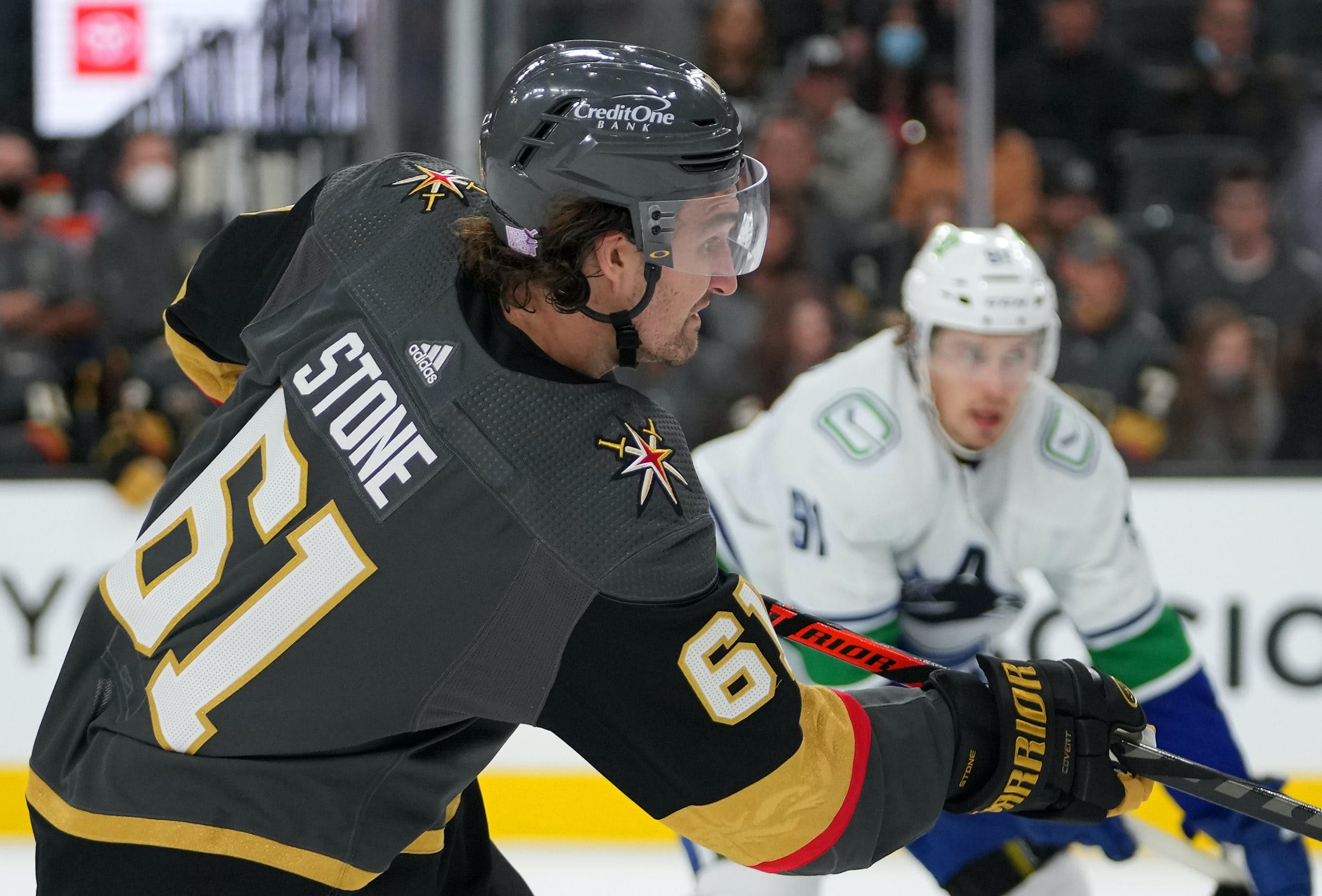 By Mike Gould
7 months ago
After missing more than two months of action on long-term injured reserve, Vegas Golden Knights captain @Mark Stone has reportedly been removed from IR and could return to the lineup against the Vancouver Canucks on Tuesday.
According to CapFriendly, the Golden Knights placed forwards @William Carrier and @Nolan Patrick and goaltender @Laurent Brossoit on long-term injured reserve earlier on Tuesday to free the necessary room to activate Stone.
Stone, 29, has eight goals and 28 points in 28 games with the Golden Knights this year. He’s in the third season of the eight-year, $9.5 million-AAV contract he signed with Vegas back in 2019.
On Tuesday afternoon, the Golden Knights posted a cryptic tweet teasing a “secret message” — with the only capitalized letters in the tweet spelling out the name “Mark Stone.”
Later the same day, the official Twitter account for Golden Knights website SinBin.vegas reported that Stone has been removed from the team’s injured reserve list (CapFriendly’s Golden Knights team page also reflects this change).
The Golden Knights now have an NHL-record seven players on LTIR (Patrick, Carrier, Brossoit, @Reilly Smith, @Brett Howden, Nic Hague, and Jake Bischoff).
Stone and the Golden Knights (40–29–4) will look to fend off the Canucks (35–28–10) in a critical battle in the Western Conference playoff race when they meet at Rogers Arena at 7:00 p.m. PT on Tuesday.
Uncategorized
Recent articles from Mike Gould