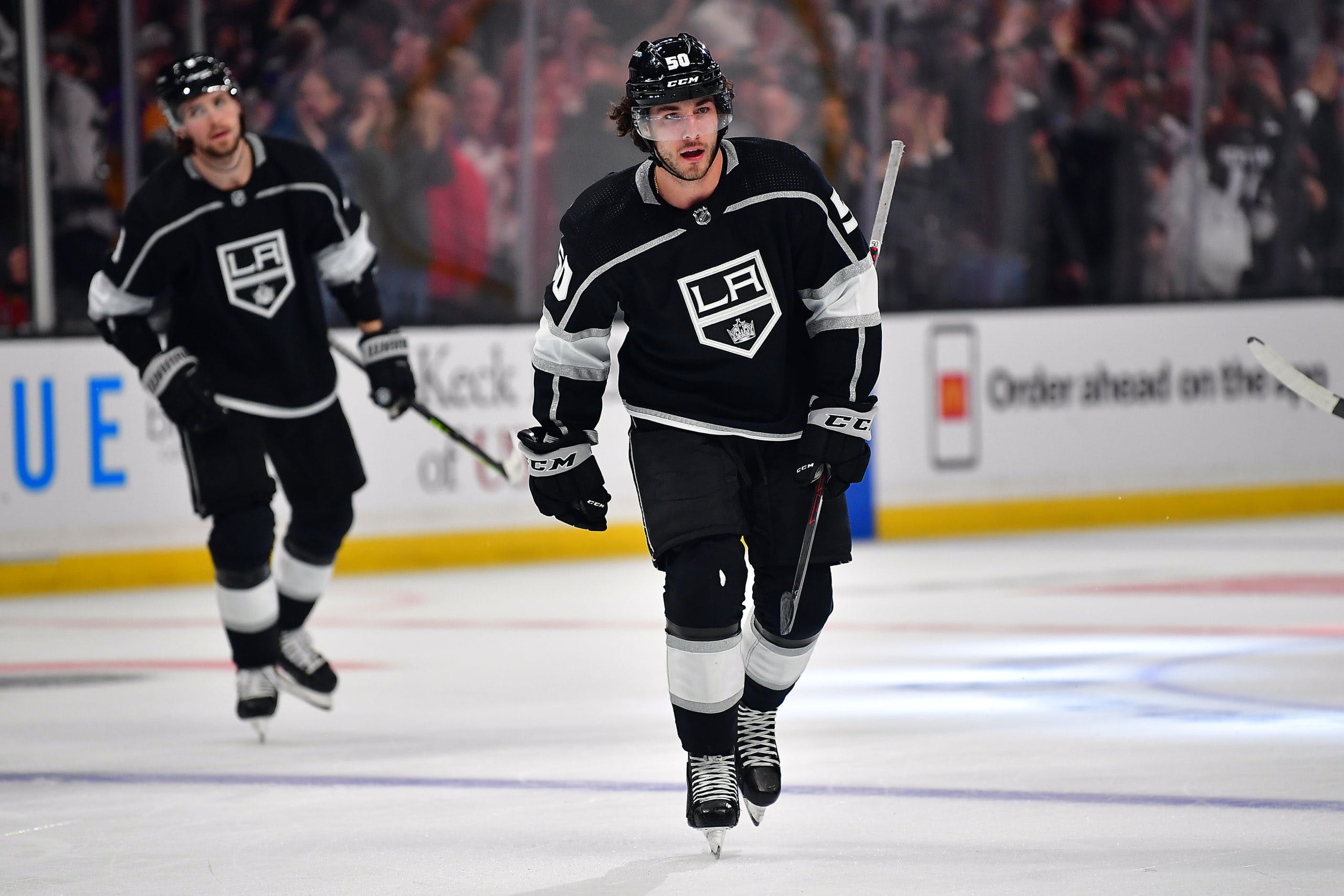 By David Quadrelli
2 months ago
Welcome back to Around the Pacific — a column in which we examine news from around the Pacific Division, oftentimes through a Canucks-tinted lens.
For a while now, you’ve likely heard about the L.A. Kings’ strong prospect pool — particularly, their highly-rated defence prospects.
The Kings seemingly rebuilt in a flash, and after qualifying for the playoffs last season, utilized their strong prospect pool in order to bring in Kevin Fiala from the Minnesota Wild in exchange for 20-year-old right-handed defenceman Brock Faber.
The Kings also attached a first round pick to Faber in that deal, but at this stage in their rebuild, they can afford it.
Two of the Kings’ young defencemen, Sean Durzi and Mikey Anderson, both saw their entry-level contracts expire this offseason, and over the past five days, the club agreed to terms with both players.
On Saturday, the club announced that they had signed the left-handed Anderson to a one-year deal. The deal carries a cap hit of $1 million.
And on Wednesday, reports surfaced that the club had re-signed Durzi for two years at a cap hit of $1.7 million.
Last year, Durzi put up 27 points through 64 games, and showed well on the Kings’ power play. All in all, it was a successful rookie season for the young offensive defenceman.
Anderson, on the other hand, is a young defensive defenceman, and by all accounts, proved he’s more than reliable in his own end last season.
The Kings are hoping that both of these young defencemen can take a step forward next season as they turn their focus to not only making the playoffs, but making some noise once they’re there as well this season.
With plenty of young players at forward set to take another step as well — the club doesn’t have a forward over 30 aside from captain Anze Kopitar — teams in the Pacific will certainly be aware of what they’re up against when they play the Kings for years to come.