Kuzmenko’s decision date, the Oilers’ conundrum, and keeping an eye on Vitali Kravtsov: Around the League 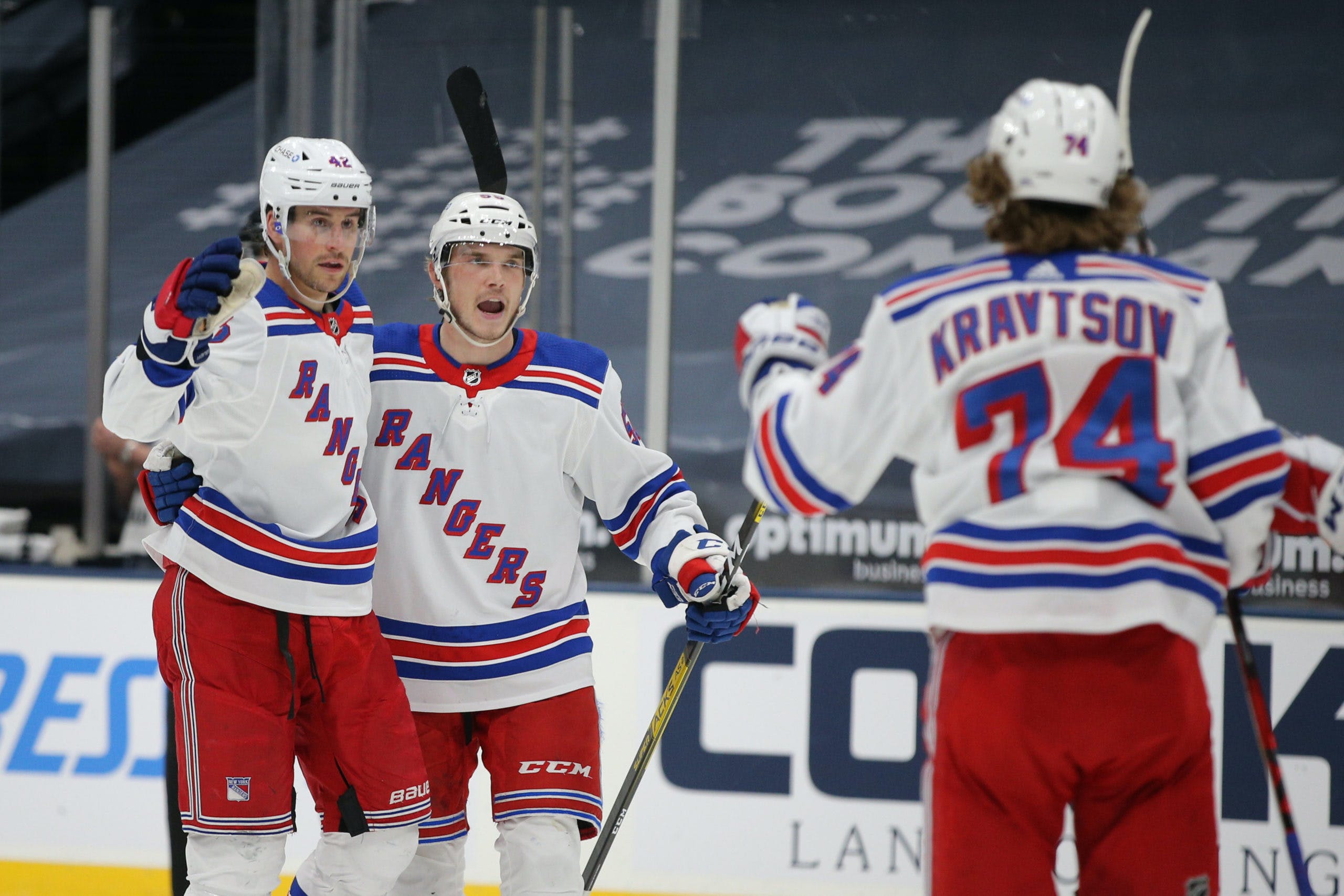 By David Quadrelli
7 months ago
Welcome back to Around the League — a column where we break down what’s happening around the league through a Canucks-based lens.

If you’ve been around this site for a while now, you’ve definitely heard about Andrei Kuzmenko.
In case you haven’t, we’ll bring you into the loop.
Kuzmenko, a 26-year-old left winger, finished second in KHL scoring this season, tallying 20 goals and 33 assists through 45 games played. He is an effective offensive player who an NHL team will be adding for peanuts this offseason, as Kuzmenko can only sign a one-year entry-level contract this summer.
The Vegas Golden Knights, Edmonton Oilers, along with the Canucks, are believed to be among the finalists to land Kuzmenko’s services for next season.
Kuzmenko will visit Vancouver and Edmonton this week — along with two U.S.-based teams — and is hoping to make his decision within the next ten days, according to Darren Dreger.

The Oilers — and their captain — have a few situations on their hands right now, but we’re going to focus on the contract situations of Jesse Puljujarvi and Kailer Yamamoto for now.
Daily Faceoff’s Frank Seravalli included the two young wingers in his latest top 25 trade targets list — as you may have read by now, Tanner Pearson and Jason Dickinson came in at 18 on the list — and that has people asking questions.
Here’s what Seravalli had to say:

“It’s a safe bet that one of these two players will not be returning to the Oilers next season. Both are fan favorites. But both require new deals, likely both raises, and GM Ken Holland acknowledged that Edmonton will have to watch every dollar. ‘Am I willing to trade some assets in a deal that will make us better? Yes I am,’ Holland said Wednesday. Edmonton’s preference would likely be to keep Yamamoto, but he would bring the bigger return.”

Many observers in Edmonton believe — in part to his underlying numbers — that Puljujarvi has untapped potential and that it would be a mistake for the Oilers to let him go.
But that certainly seems to be a real possibility at this juncture, and one that an analytics-savvy organization may try to take advantage of this offseason.
Could he be an option for the Canucks?
Better yet, could the Canucks somehow free up some cap space and then weaponize that cap space to take advantage of a team riding the emotional high of making the Western Conference Final?
After all, their GM did just say that they’d be willing to trade assets in a deal that “would make them better.”
Also, in very unsurprising news, Mikko Koskinen officially left the Oilers today, signing in Switzerland.

Keeping an eye on Kravtsov

A few weeks ago, the New York Rangers’ trade deadline package offered to the Canucks in exchange for J.T. Miller was revealed by Sportsnet 650’s Satiar Shah.
As a reminder, Shah said:

“So from what we can gather, it was essentially, Nils Lundkvist, a first-round pick, and Filip Chytil. Now there was some talk about Kravtsov, this and that, but it’s very evident — whether these pieces were all together or not — that the Rangers were not offering Braden Schneider.”
CanucksArmy has confirmed that this package was offered to the Canucks sometime in January.

The thing we’re now going to focus on from what Shah said is the name Vitali Kravtsov.
Kravtsov, who the Rangers selected with the ninth overall pick in the 2018 NHL Entry Draft, has played in just 20 games for the club, and has spent most of his pro career in the KHL.
As such, it’s become increasingly clear that Kravtsov does not want to play in the AHL.
Kravtsov, who is represented by Dan Milstein — who also represents Danila Klimovich and Andrei Kuzmenko — signed a one-year one-way contract on Sunday.
The deal is for $875,000, and Kravtsov will need to pass through waivers in order to be sent down to the AHL.
In other words, Kravtsov is going to play in the NHL next season. Whether that’s with the Rangers or elsewhere now remains to be seen.
Kravtsov failed to make the Rangers’ opening-night roster this past season, and soon after received permission from New York to contact other clubs in hopes of a trade.
If there was “some talk” — and by all accounts, it really wasn’t much — about Kravtsov between the Canucks and Rangers before, could those talks pick up again now that Kravtsov is signed to an NHL contract?