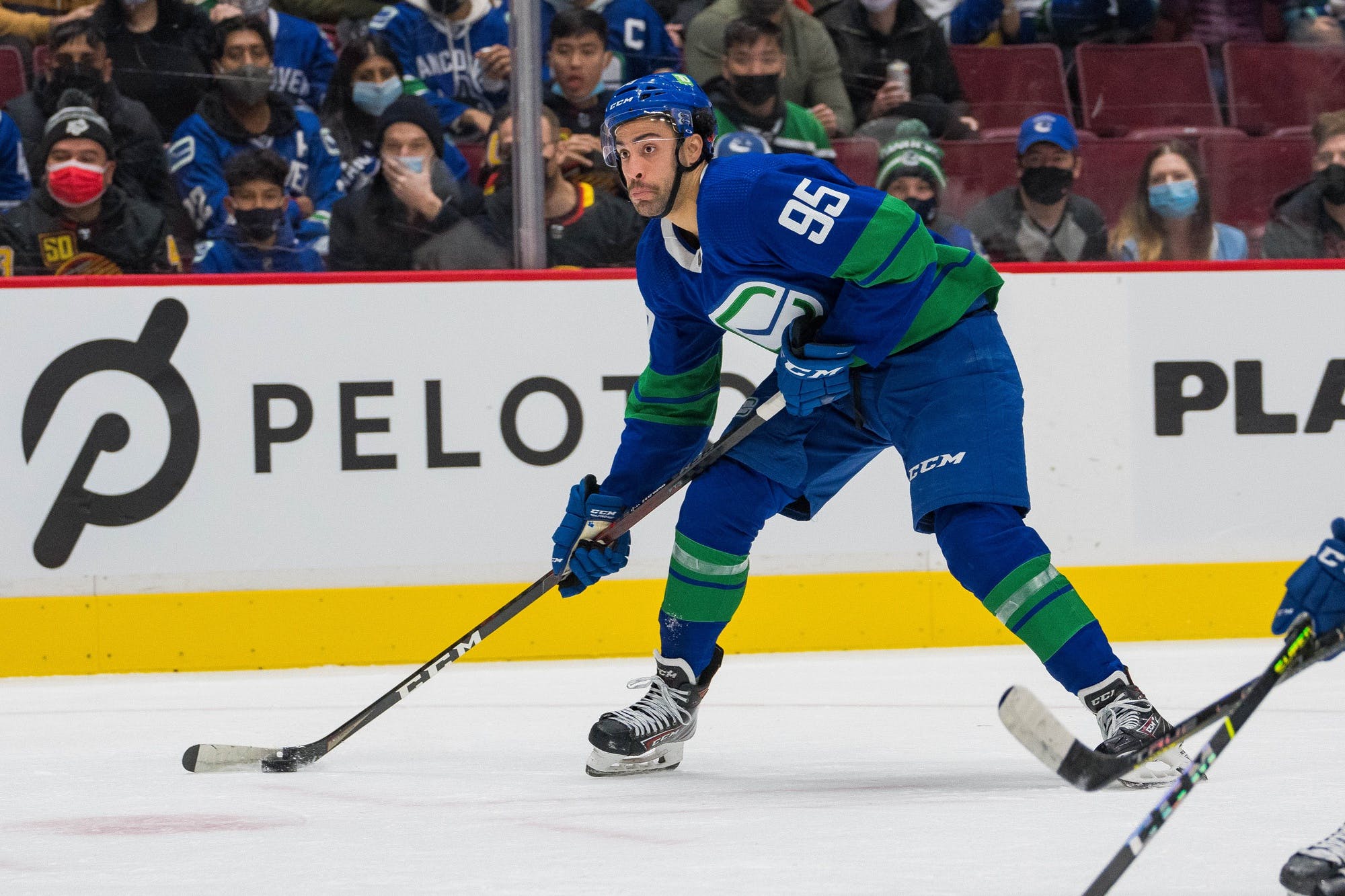 By Mike Gould
2 months ago
Justin Bailey is getting another shot to work his way up from the American Hockey League to the NHL.
The Bakersfield Condors (the Edmonton Oilers’ AHL affiliate) have signed Bailey to a one-year contract, the club announced Thursday. The 27-year-old forward will also attend Oilers camp on a professional tryout.
Commonly dubbed as the fastest skater in the AHL, Bailey initially signed with the Canucks in 2019 after spending a season in the Philadelphia Flyers organization.
Bailey battled numerous injuries during his tenure with the Canucks, and a COVID-related border fiasco caused him to arrive at the Canucks’ 2021 training camp almost a week late. The 6’4″ forward ultimately appeared in just 19 games for the Canucks over parts of three seasons, failing to register a single point.
At the AHL level, however, Bailey was a premier player who showed plenty of promise when healthy. He scored 15 goals and 27 points in 30 games with the Abbotsford Canucks in 2021–22.
Ultimately, Bailey just never worked out in the NHL as the Canucks hoped. He’ll get a fresh opportunity to prove himself in the Oilers organization going forward.
The Oilers have also recently been linked to former Canucks forward Jake Virtanen, who spent parts of six seasons in Vancouver before being bought out in 2021.
Virtanen’s tenure with the Canucks ended shortly after an unnamed woman accused him of sexual assault. The B.C. Prosecution Service subsequently charged Virtanen with one count of sexual assault; in July, a jury found Virtanen not guilty.

In 317 career regular-season games with the Canucks, Virtanen scored 55 goals and 100 points. During the 2020–21 season, his final year in Vancouver, Virtanen scored just five points (all goals) in 38 games.
Virtanen spent the 2021–22 season with the Kontinental Hockey League club Spartak Moscow. He scored nine goals and 16 points in 36 games.