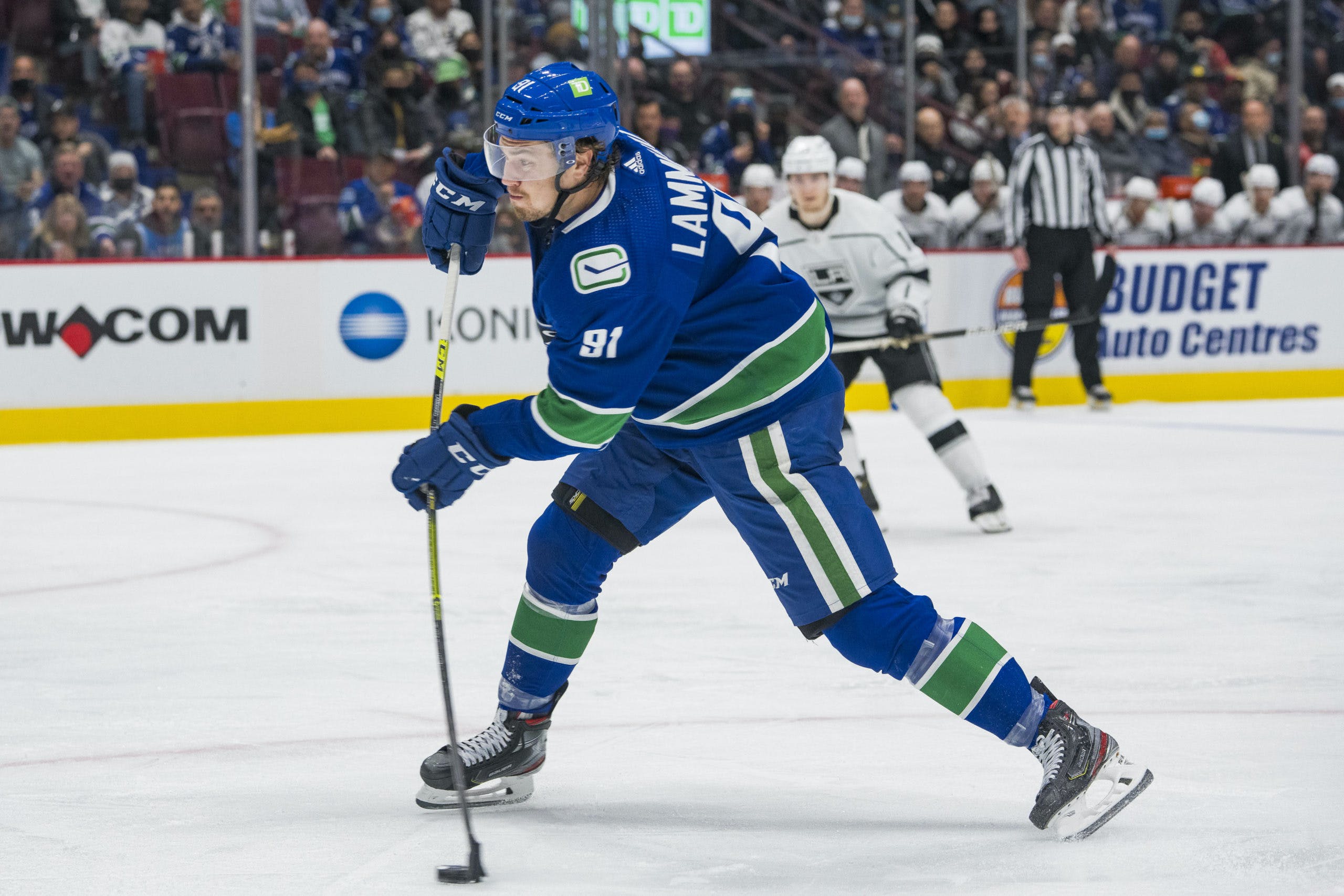 By Mike Gould
8 months ago
Vancouver Canucks forward Juho Lammikko won a gold medal with Team Finland at the 2022 IIHF World Championship after its 4–3 overtime victory over Team Canada on Sunday.
Lammikko, 26, recorded the lone assist on @Joel Armia’s goal in the gold medal game. The Noormarkku, Finland product wrapped up the tournament with two points (both assists) in 10 appearances.
The Finns carried a 3–1 lead into the final three minutes of regulation before @Zach Whitecloud and @Maxime Comtois scored back-to-back goals to draw the Canadians level.
Team Finland forward Sakari Manninen ultimately scored the winner with 6:42 elapsed in the extra frame, although the goal came with some controversy.
Just over a minute before, the officiating crew called Team Canada defenceman @Thomas Chabot for a hook. The penalty call drew the ire of some Canadian viewers and led directly to Finland scoring in overtime.
Lammikko has now won World Championship gold medals in both his appearances at the tournament. He previously played for Team Finland at the 2019 worlds, suiting up for seven games and recording  no points.
Team Canada won the silver medal at the 2022 Worlds; Team Czechia captured the bronze after defeating Team USA 8–4 earlier on Sunday. Neither the Canadian team nor the Czech team featured any Canucks players.
Lammikko, a 6’3″ left-handed centre, scored seven goals and 15 points in 75 games with the Canucks this season. He’s set to become a restricted free agent in July.
Uncategorized
Recent articles from Mike Gould