After Knights trade Dadonov to Canadiens, Ducks poke fun at botched deadline deal: Around the Pacific 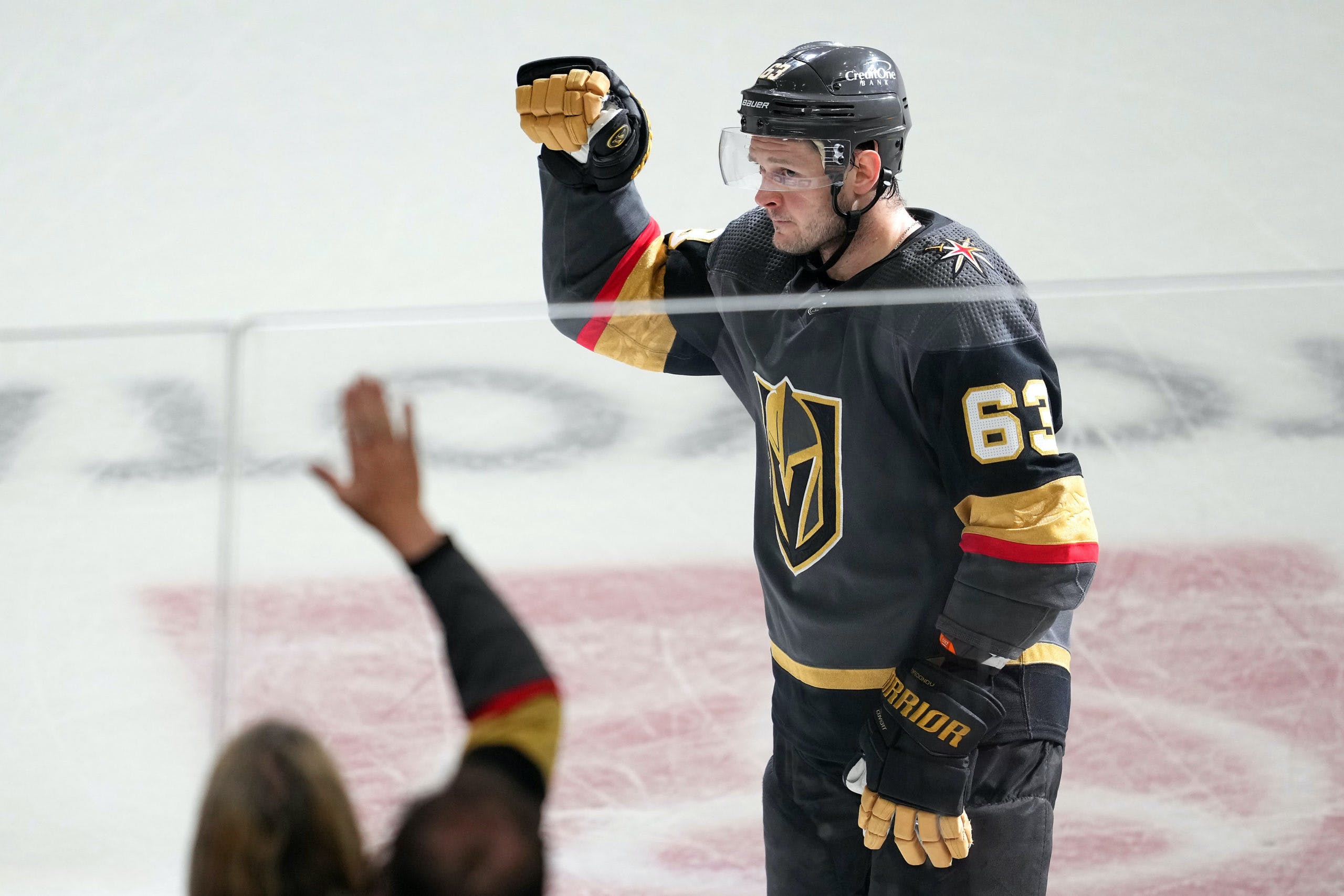 By Mike Gould
7 months ago
Welcome back to Around the Pacific — a new series here at CanucksArmy keeping you up to date on all the happenings around the Pacific Division.
The Vegas Golden Knights have finally traded Evgenii Dadonov.
On Thursday afternoon, the Golden Knights announced they had sent Dadonov to the Montreal Canadiens in exchange for defenceman Shea Weber (whose hockey career is likely over due to injury).
The deal gave the Canadiens a 20-goal scorer on an expiring contract, while Vegas managed to free up a bunch of cap space. The Knights also managed to turn the page on one of the most embarrassing off-ice sagas in franchise history.
You see, the Knights had agreed to trade Dadonov to the Anaheim Ducks back at the 2022 trade deadline. However, the NHL subsequently voided the deal after it was revealed that Dadonov had not included the Ducks on his 10-team trade list — unbeknownst to both teams and the league.
Dadonov ended up finishing the season in Vegas, playing out the string for a team that he knew didn’t want him around. Awkward. To his credit, the 33-year-old winger played well down the stretch and wound up with 43 points (20 goals, 23 assists) in 78 games.
Nevertheless, It seemed inevitable that the Knights would try to trade Dadonov again this summer. They did just that on Thursday.
Shortly after the Knights broke the news, the Ducks weighed in on the deal involving their, er, alumnus:
(This time, it seems Dadonov’s no-trade clause wasn’t an issue).
In 413 career NHL games with the Golden Knights, Ottawa Senators, and Florida Panthers, Dadonov has scored 124 goals and 265 points. His contract carries a $5 million cap hit through the end of the 2022–23 season.