WATCH: Demko plays defence on Kreider while being pulled in All-Star Game 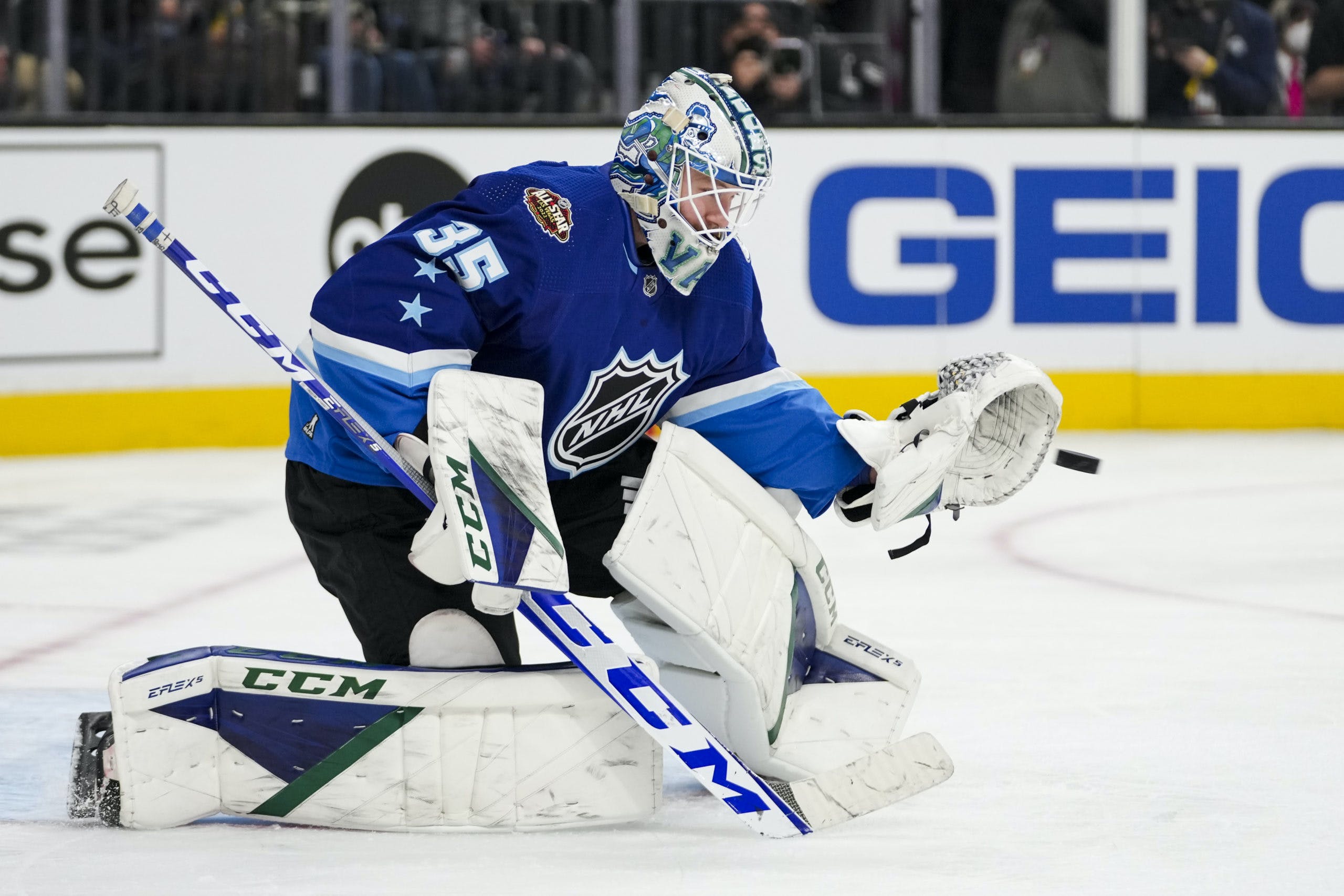 By Mike Gould
10 months ago
Even after he vacates his net, @Thatcher Demko will do all he can to try and prevent goals.
The Vancouver Canucks netminder played the second period for Team Pacific in the 2022 NHL All-Star tournament semifinals against Team Metropolitan on Saturday.
Demko allowed two goals on 12 shots before being called to the bench for the extra attacker in the final minute of play. Even with Team Pacific down 6–3, Demko opted to throw a pick against opposing forward @Chris Kreider in an attempt to prevent the NHL’s leading goal-scorer from adding to the Metropolitan lead.
Demko’s defensive effort ended up working in his team’s favour. Kreider was unable to score on the play, setting the stage for the Pacific All-Stars to carry the puck the other way and convert on their next chance.
Vegas Golden Knights forward @Mark Stone made it a 6–4 game with just 22 seconds left on the clock. Unfortunately for Demko’s team, that was as close as the score would get.
The Metropolitan All-Stars ended up winning the 2022 NHL All-Star Game over the Central Division by a final score of 5–3.
Uncategorized
Recent articles from Mike Gould