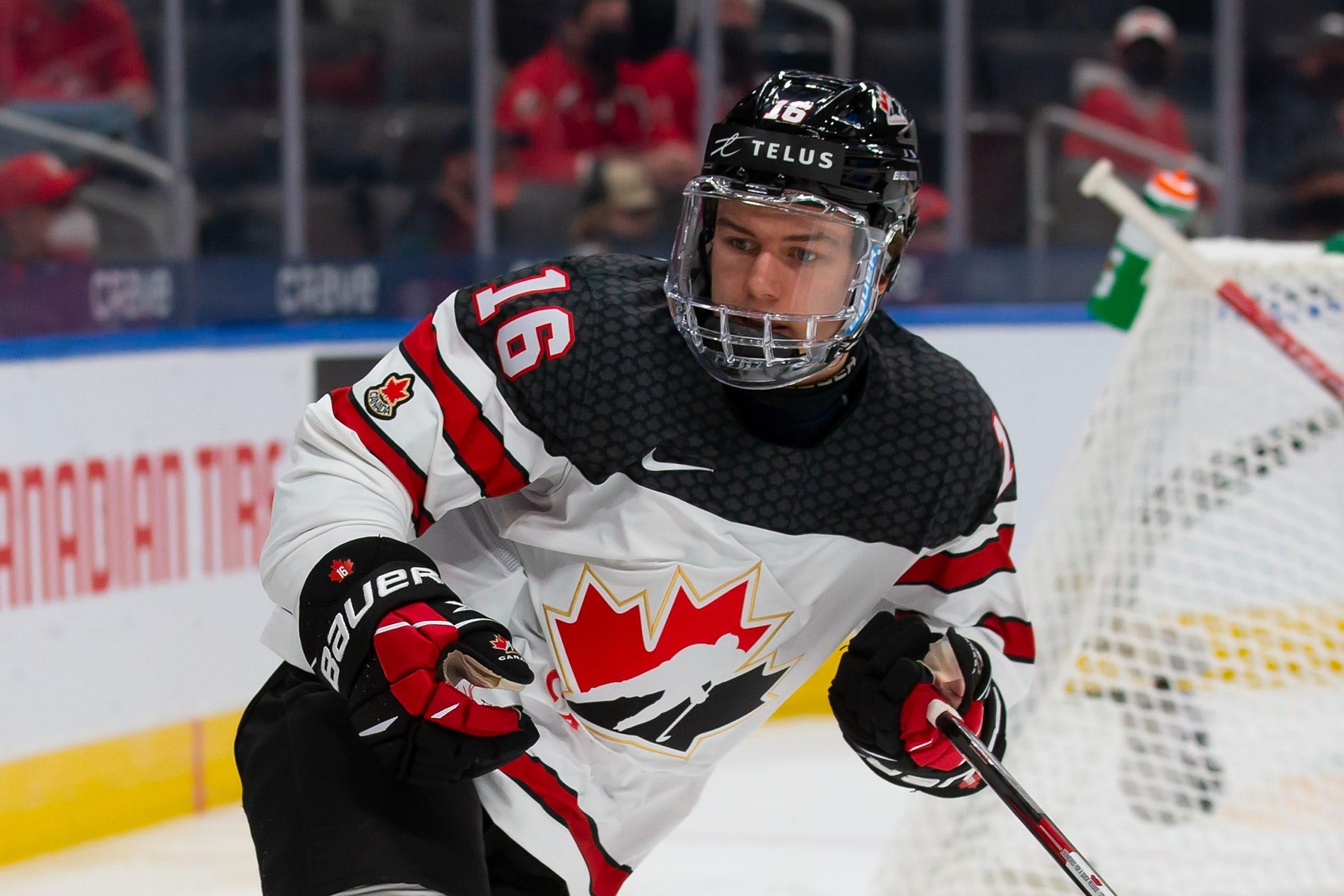 By Mike Gould
3 months ago
Projected 2023 No. 1 pick and North Vancouver product Connor Bedard wasted little time in scoring for Team Canada at the 2022 IIHF Men’s World Junior Championship.
The 17-year-old forward uncorked a wicked writer past Team Latvia goaltender Patriks Berzins midway through the first period of Team Canada’s tournament-opening game on Wednesday.
Donovan Sebrango and Mason McTavish picked up the helpers on Bedard’s first goal of the rebooted tournament. Bedard notably scored four goals in one World Junior game back in December before a series of COVID-19 outbreaks shut down the competition in Edmonton and Red Deer.
Bedard, who grew up a Canucks fan and still idolizes Tyler Motte, put his slick hands and lethal shot on display to open the scoring in Wednesday’s game.
Very few junior hockey players are capable of scoring 50 goals in a season. Even fewer manage to do it before they’re even drafted. Bedard managed to score 51 goals and 100 points in 62 games as a 16-year-old with the Regina Pats during the 2021–22 Western Hockey League season.
Despite outshooting Team Latvia 18–4 during the first period of Wednesday’s game, Team Canada entered the first intermission in a 1–1 tie after Latvian forward Rainers Darzins evened the score with 1:54 remaining in the opening frame.
Bedard stands 5’9″, weighs 181 pounds, and shoots right. While it’s unlikely the Canucks will be bad enough in the 2022–23 season to earn the right to select Bedard, he’d be a perfect addition to their roster — and 31 other NHL lineups.