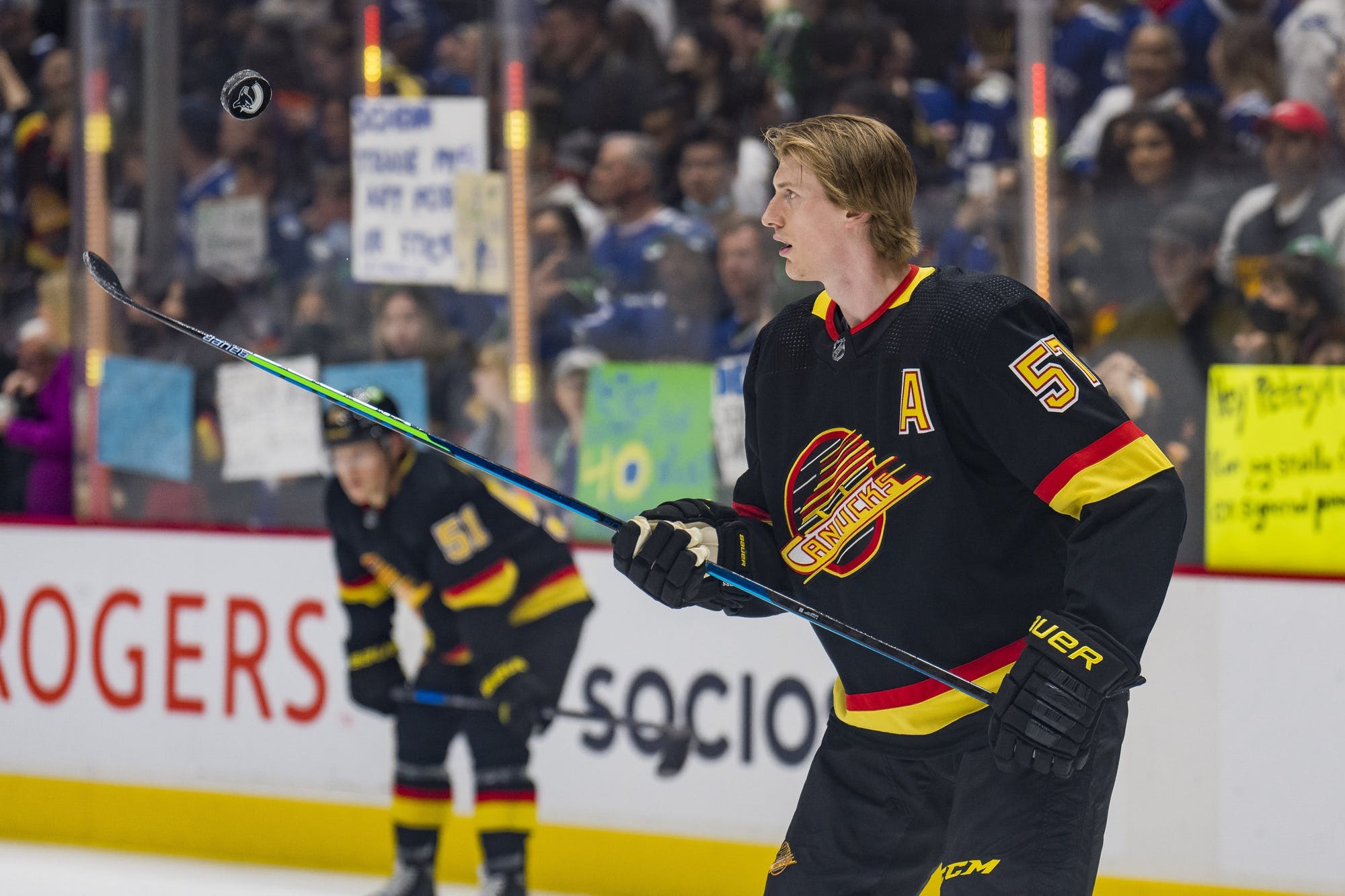 By Mike Gould
1 month ago
Another day, another Vancouver Canucks injury update.
Vancouver Canucks defenceman Tyler Myers did not skate during Thursday morning’s practice and is out day-to-day with an unspecified injury.
Myers, 32, slotted in on a pairing with Kyle Burroughs during the Canucks’ 5–4 exhibition win over the Edmonton Oilers on Wednesday but was absent from practice.
Canucks head coach Bruce Boudreau told the media after the skate that Myers is considered day-to-day and will be evaluated further on Friday.
As you may read this morning, Brock Boeser is regularly “skating hard” after recently undergoing hand surgery, which is certainly a good thing given the circumstances facing Boeser.
Ilya Mikheyev, who is out with a lower-body injury, has skated a couple of times. “It’s still a process before he’s game-ready,” Boudreau said Wednesday.
J.T. Miller didn’t make an appearance in Wednesday’s win over the Oilers, but Boudreau made it clear his absence was pre-planned when speaking to media post game. Miller was a full participant in practice Thursday morning.
Miller is slated to play in the Canucks’ Friday evening home tilt with the Arizona Coyotes.
News
Recent articles from Mike Gould