Report: One of the “minor details” for Bruce Boudreau is his assistant coaches 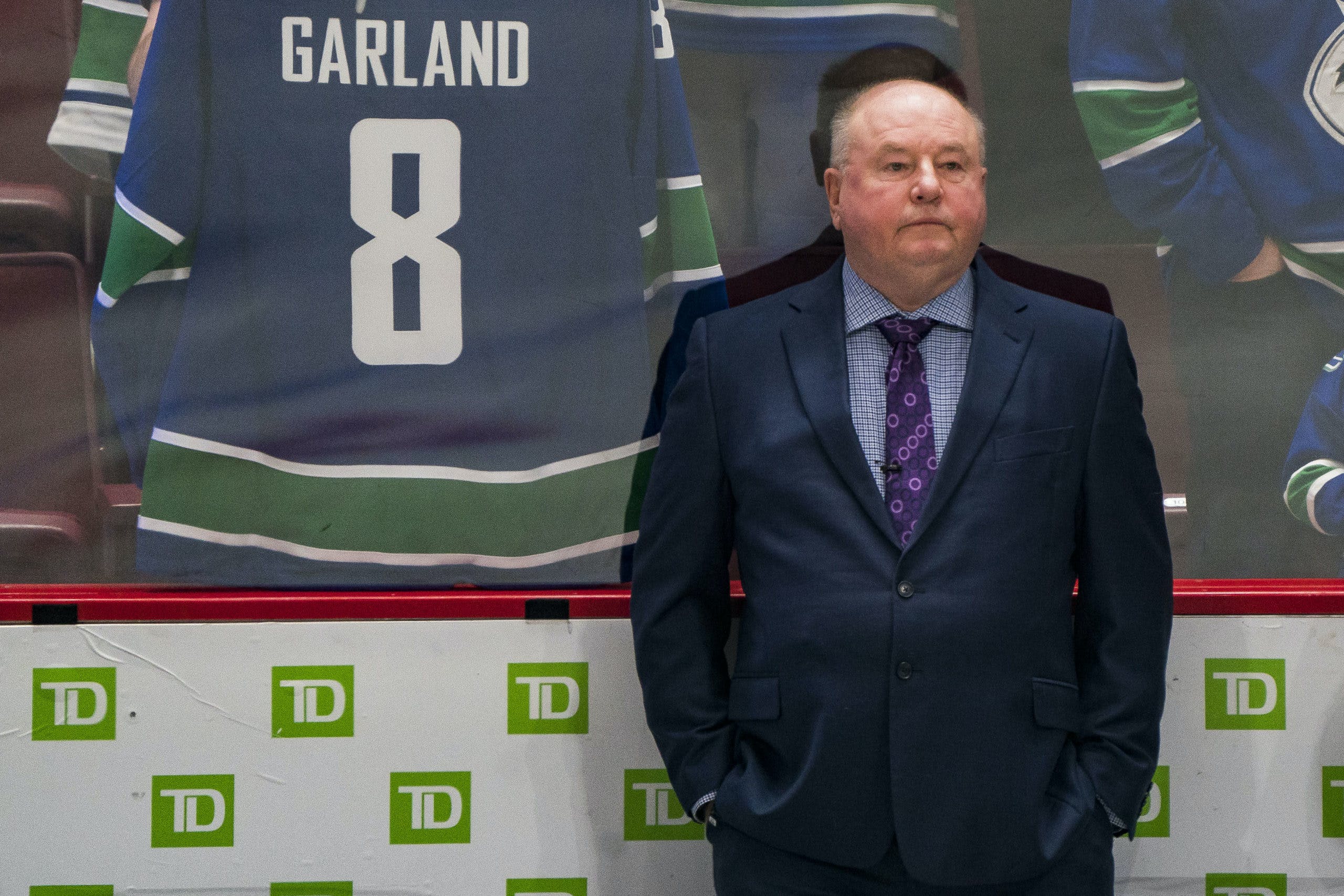 By Mike Gould
8 months ago
Sportsnet’s Jeff Marek appeared on Friday’s edition of Halford & Brough on Sportsnet 650 in Vancouver to discuss all things Canucks with hosts Mike Halford and Jason Brough.
Among the topics Marek discussed on the program was the future of Canucks head coach Bruce Boudreau. Reports this week have indicated that Boudreau is very likely to remain in Vancouver after some minor details are worked out.
Boudreau joined the Canucks last December on a one-year contract with an additional option for the 2022–23 season. While he’s reportedly interested in exercising that option to come back, Boudreau is still trying to exercise some of his leverage before he commits back to Vancouver.
“I believe one of the details is, ‘who are the assistant coaches?’ And, does Bruce Boudreau get to pick all of the assistant coaches, does Jim Rutherford get one assistant coach,” Marek said on Halford & Brough.
“I’m sure there are other issues that are involved at this point, but I believe that is certainly one of them — and you can understand, that’s big for a head coach.”
Scott Walker, Jason King, Brad Shaw, and Kyle Gustafson currently serve as assistant coaches under Boudreau.
Walker was hired alongside Boudreau, while the other three assistants joined the Canucks at various points during Travis Green’s tenure as head coach.
“It happens. Sometimes GMs want one of their guys on the bench,” Marek continued. “I get it, it’s not new. That’s kind of the hitch of this league, coaches always want their own crew, but it’s not beyond the pale to have a general manager have one of his assistants on the bench.”
Boudreau, 67, led the Canucks to a 32–15–10 record in the final 57 games of the 2021–22 regular season after replacing Green behind the bench in December.
The Toronto product has a 599–317–125 record in his 15 seasons as an NHL head coach with the Canucks, Minnesota Wild, Anaheim Ducks, and Washington Capitals. He was presented with the Jack Adams Award as the NHL’s top coach in 2007–08.