Report: Canucks give Brock Boeser permission to speak with other teams about trade 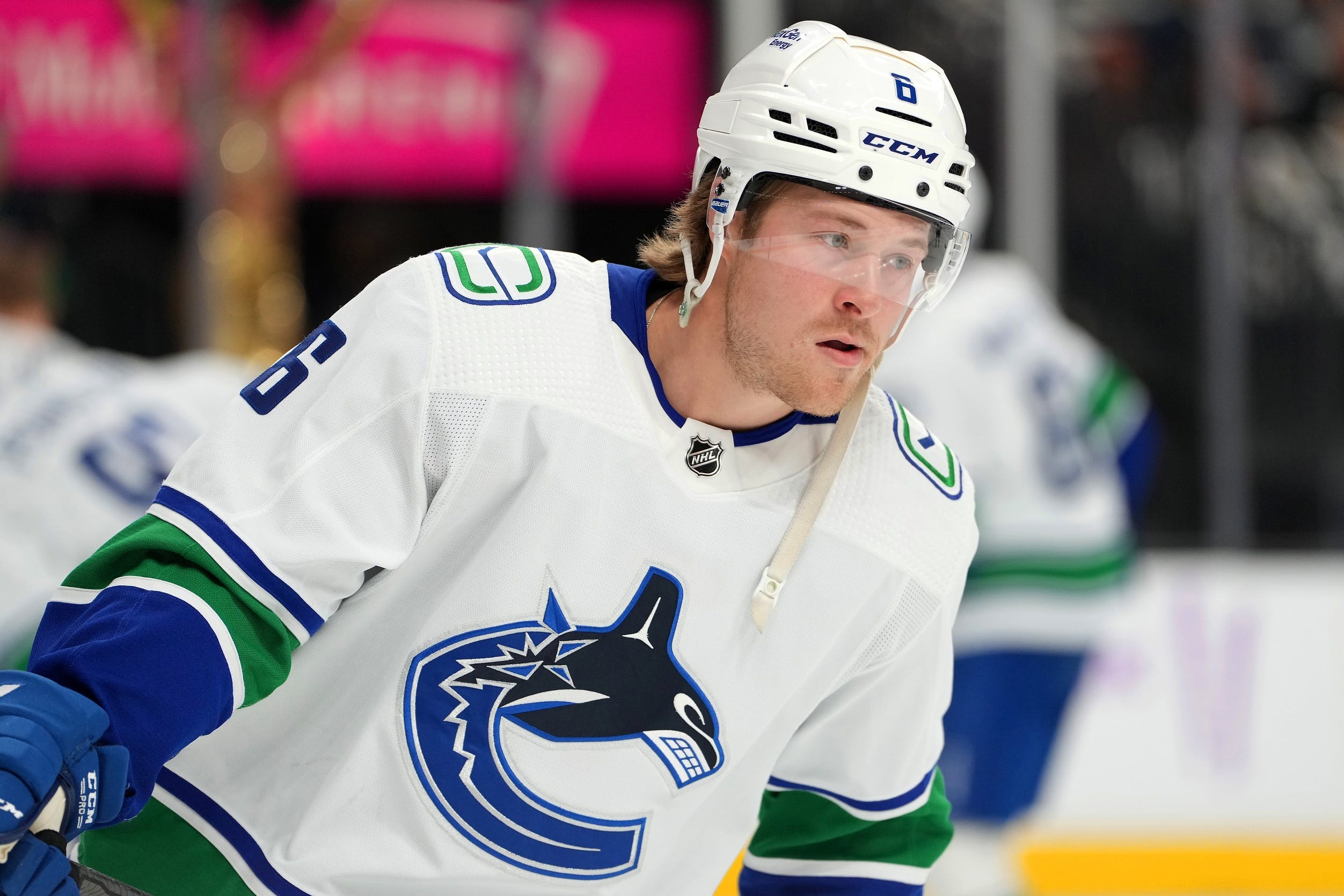 By Mike Gould
1 month ago
The Vancouver Canucks have given forward Brock Boeser permission to speak with other teams about a potential trade, Sportsnet’s Elliotte Friedman reported Saturday.
Boeser, 25, has three goals and 14 points in 18 games with the Canucks this season. Canucks head coach Bruce Boudreau made Boeser a healthy scratch for Saturday’s game against the Arizona Coyotes, calling it “tough love” for a player who has struggled to find his footing this season.
The Canucks signed Boeser to a three-year contract extension in July. He’s signed through the end of the 2024–25 season at a $6.65 million cap hit.
Here’s what Friedman had to say about Boeser’s situation on Saturday’s edition of “32 Thoughts” on Hockey Night in Canada:

It’s Hockey Fights Cancer Night in Vancouver as the Canucks play the Arizona Coyotes and everybody’s thinking about Duke Boeser. Brock Boeser won’t play tonight in that game, the team’s not commenting and his representatives aren’t commenting but, from what we understand, Boeser’s representatives have been given permission to talk to other teams about a potential move. Boeser’s been struggling, obviously, he’s got to be better, but I think they’re coming to a realization here that maybe it’s time to explore this. So, I don’t know where it’s going to go, but I do think Boeser’s representatives have permission to talk to other teams, although, at this point in time, the team and the agents have not confirmed.