Bo Horvat not expected to play against Dallas on Monday, day-to-day after blocking shot against Coyotes 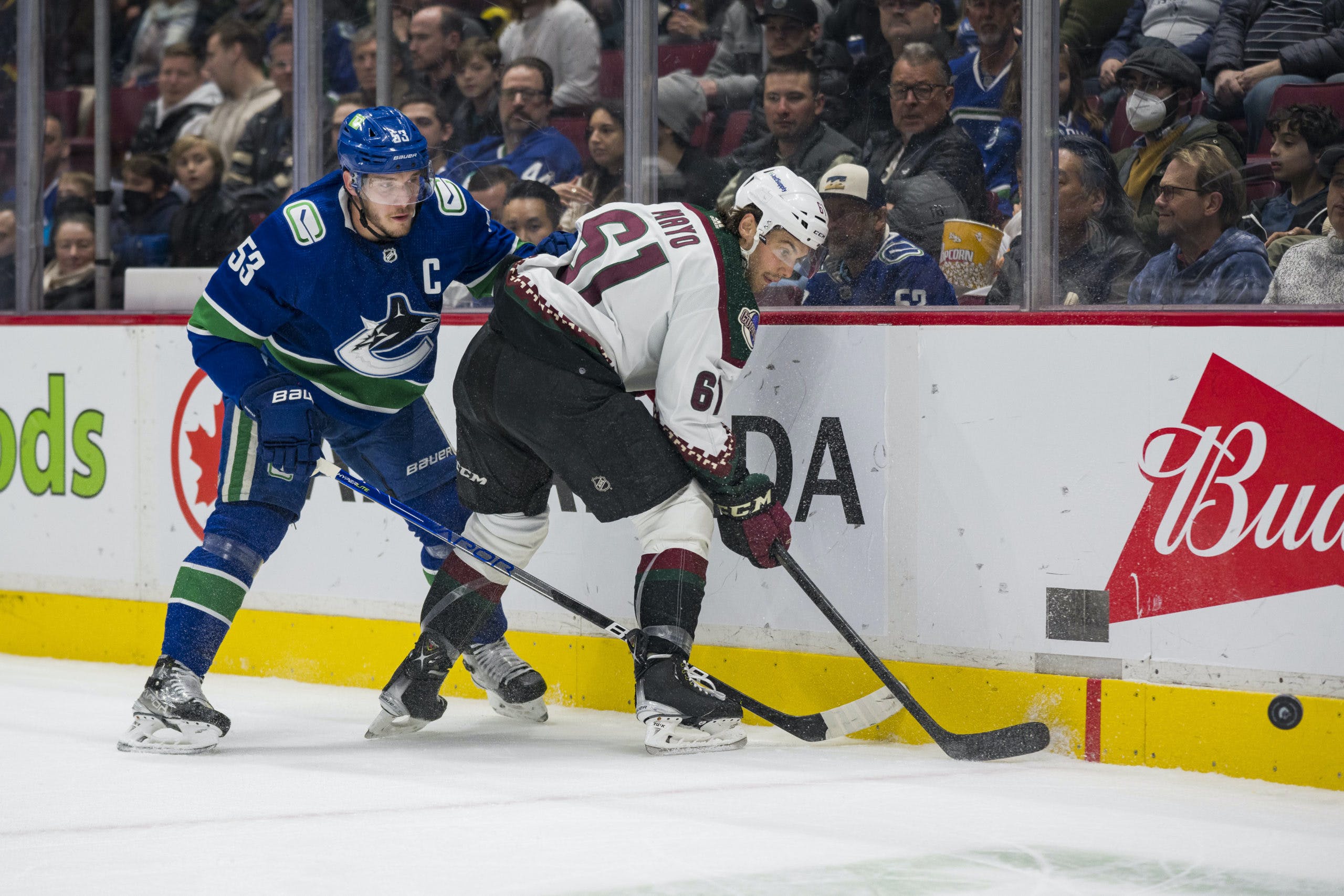 By Mike Gould
9 months ago
The Vancouver Canucks will likely be without their captain when they take on the Dallas Stars on Monday in a critical game to determine Western Conference playoff positioning.
@Bo Horvat blocked a long shot by defenceman @Anton Stralman early in the second period of Thursday’s 7–1 Canucks victory over the Arizona Coyotes. The 27-year-old went immediately to the Canucks’ dressing room after hobbling off the ice and did not return to the game.
Canucks head coach Bruce Boudreau told reporters on Friday that Horvat is not expected to play against the Stars on Monday and is officially listed as day-to-day with a lower-body injury.
Sportsnet’s Iain MacIntyre added that the captain may be ruled out for the rest of the Canucks’ playoff chase if team doctors determine Horvat broke a bone while blocking Stralman’s shot.
Playing in his eighth season with the Canucks, Horvat has 31 goals and 52 points in 70 games. The 2013 first-round pick is the Canucks’ leading goal-scorer and ranks fourth on the team in points.
Uncategorized
Recent articles from Mike Gould