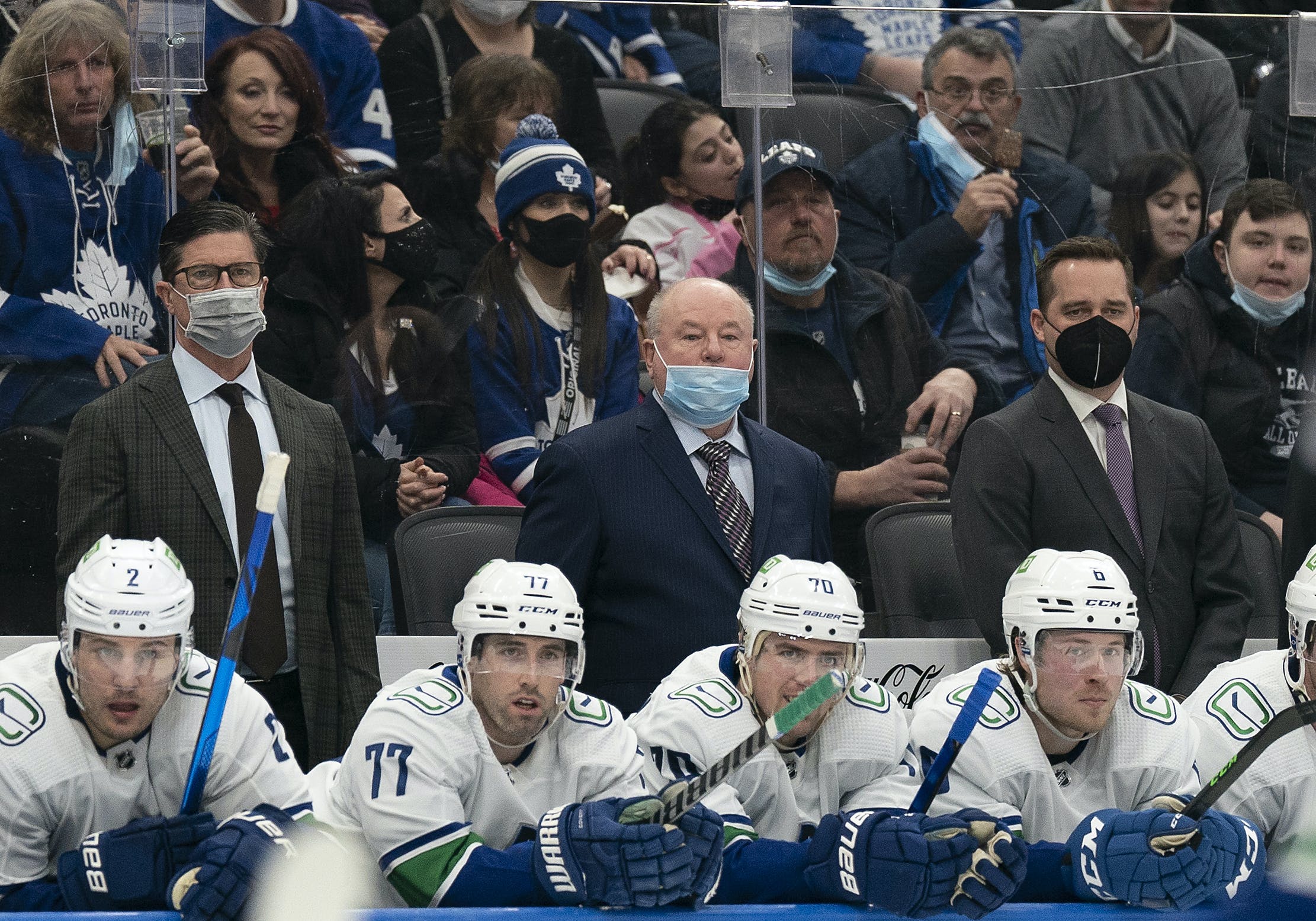 By David Quadrelli
7 months ago
According to Daily Faceoff’s Frank Seravalli, the Chicago Blackhawks have asked the Vancouver Canucks to speak with assistant coach Brad Shaw for their vacant head coaching position.
Shaw was brought in ahead of last season behind the Canucks’ bench to work with the Canucks’ defence. Amid the Canucks’ recent coaching changes, Shaw is currently slated to remain with the coaching staff.
Despite coaching in the NHL since the 2005-06 season, Shaw has never served as head coach of an NHL club on a non-interim basis.
Yesterday, Canucks president Jim Rutherford told Rick Dhaliwal of Donnie and Dhali – The Team that the club would like to add another assistant coach who compliments head coach Bruce Boudreau.
The Blackhawks fired head coach Jeremy Colliton after a pitiful start to their season, which saw Chicago stumble to a 1-9-2 record out of the gate in the 2021-22 campaign.
Derek King served as the Hawks’ interim coach, and as Seravalli pointed out, remains a strong candidate to fill the position.
More to come.
More from CanucksArmy:
Uncategorized
Recent articles from David Quadrelli