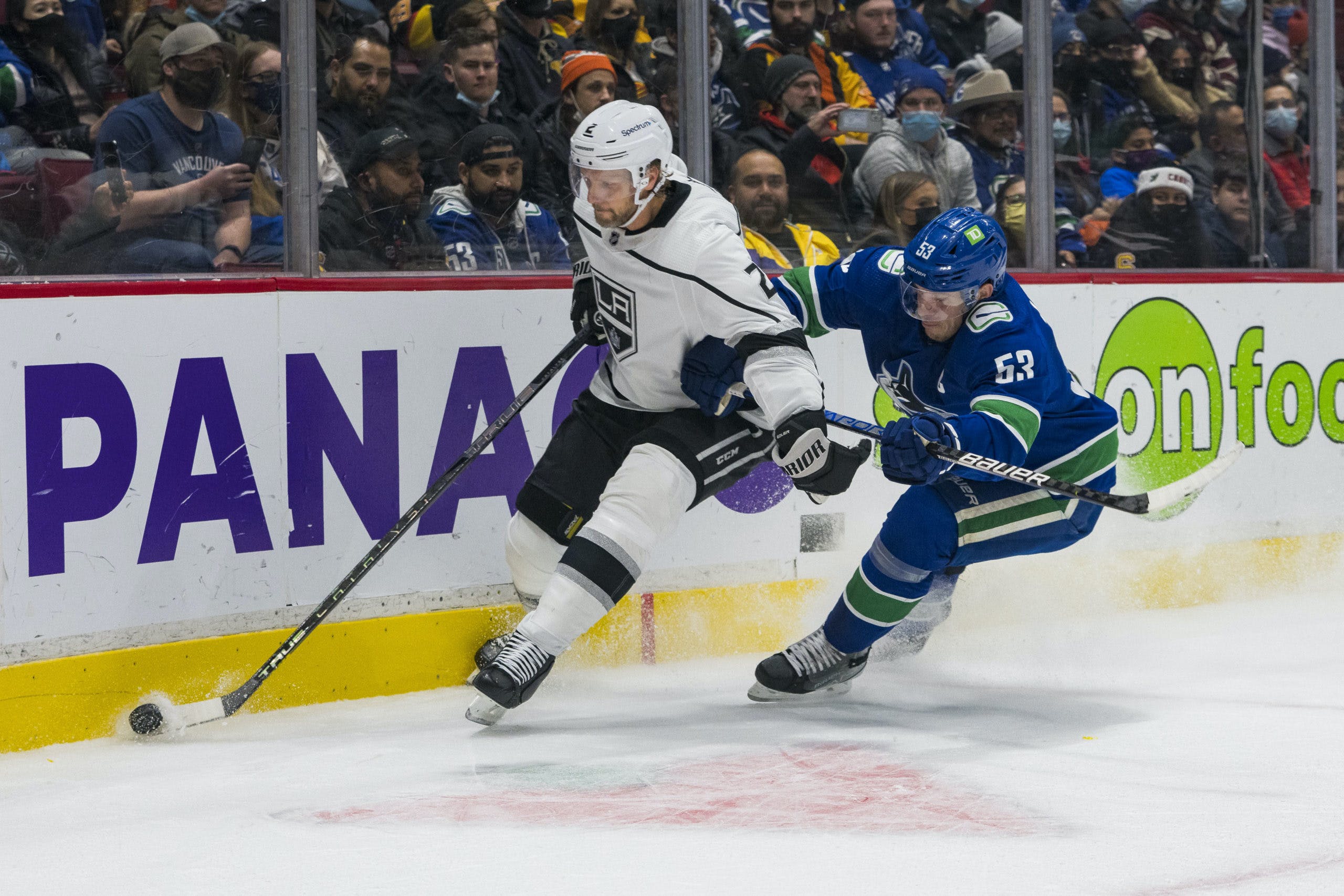 By Mike Gould
1 year ago
Vancouver fans showed no hesitation and great enthusiasm in welcoming longtime Canucks defenceman @Alex Edler back to Rogers Arena on Monday evening.
The 35-year-old rearguard signed with the Los Angeles Kings in October after spending the first 15 seasons of his career in Canucks blue and red/green. He scored 99 of his 100 career goals with Vancouver, finally reaching the century mark as a King against the Calgary Flames on Dec. 2.
Los Angeles’ game against the Canucks on Monday was Edler’s first in Vancouver as an opponent. The Canucks prepared a video tribute for their former assistant captain; Canucks fans in the building added to the salute with a lengthy ovation for their former stalwart.
Here’s some additional footage of the Rogers Arena crowd during the tribute, as posted to Twitter by CanucksArmy managing editor David Quadrelli and contributor Clarissa Sabile:
Edler’s former team got the last laugh on Monday. Vancouver trounced the Kings by a 4–0 score in Bruce Boudreau’s first game as Canucks head coach.
Uncategorized
Recent articles from Mike Gould