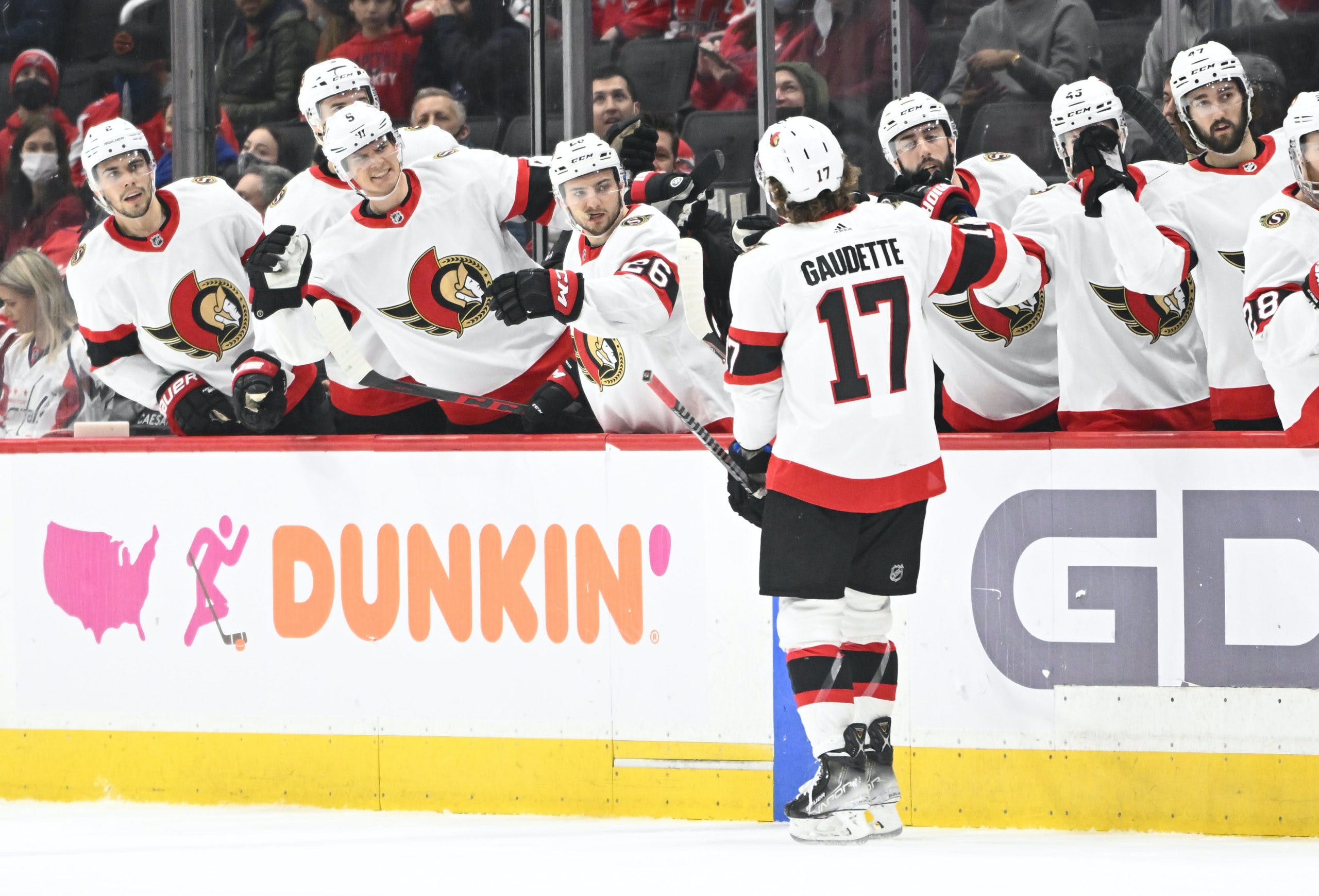 By Mike Gould
7 months ago
Former Vancouver Canucks forward and current Ottawa Senator @Adam Gaudette scored the shootout winner against his old team in Tuesday’s game at Rogers Arena.
Gaudette, 25, played the first 153 regular-season games of his National Hockey League with the Canucks before being dealt to the Chicago Blackhawks in 2021.
During his time in Vancouver, Gaudette picked up a little information that proved useful during his attempt on ex-teammate @Thatcher Demko in Tuesday’s skills competition.
“I thought he was gonna be cheating a little more, to be honest,” Gaudette told reporters after the game. “I worked on that move a lot when I was here. I was close with [Canucks goaltending coach] Ian Clark, who sat me down, showed me some video on that type of move. I had it in mind and I just stuck with it.”
The Senators used Gaudette very sparingly during Tuesday’s game. The 6’1″ forward played just six shifts in the entire contest and none in the third period or overtime; it took some effort from Senators assistant coach Davis Payne to persuade bench boss D.J. Smith to allow Gaudette to shoot.
The Canucks picked up a point in Tuesday’s contest but fell 4–3 to the Senators. J.T. Miller scored the first goal of the shootout but @Alex Formenton tied it in the third round before Gaudette won it in the fifth.
Uncategorized
Recent articles from Mike Gould