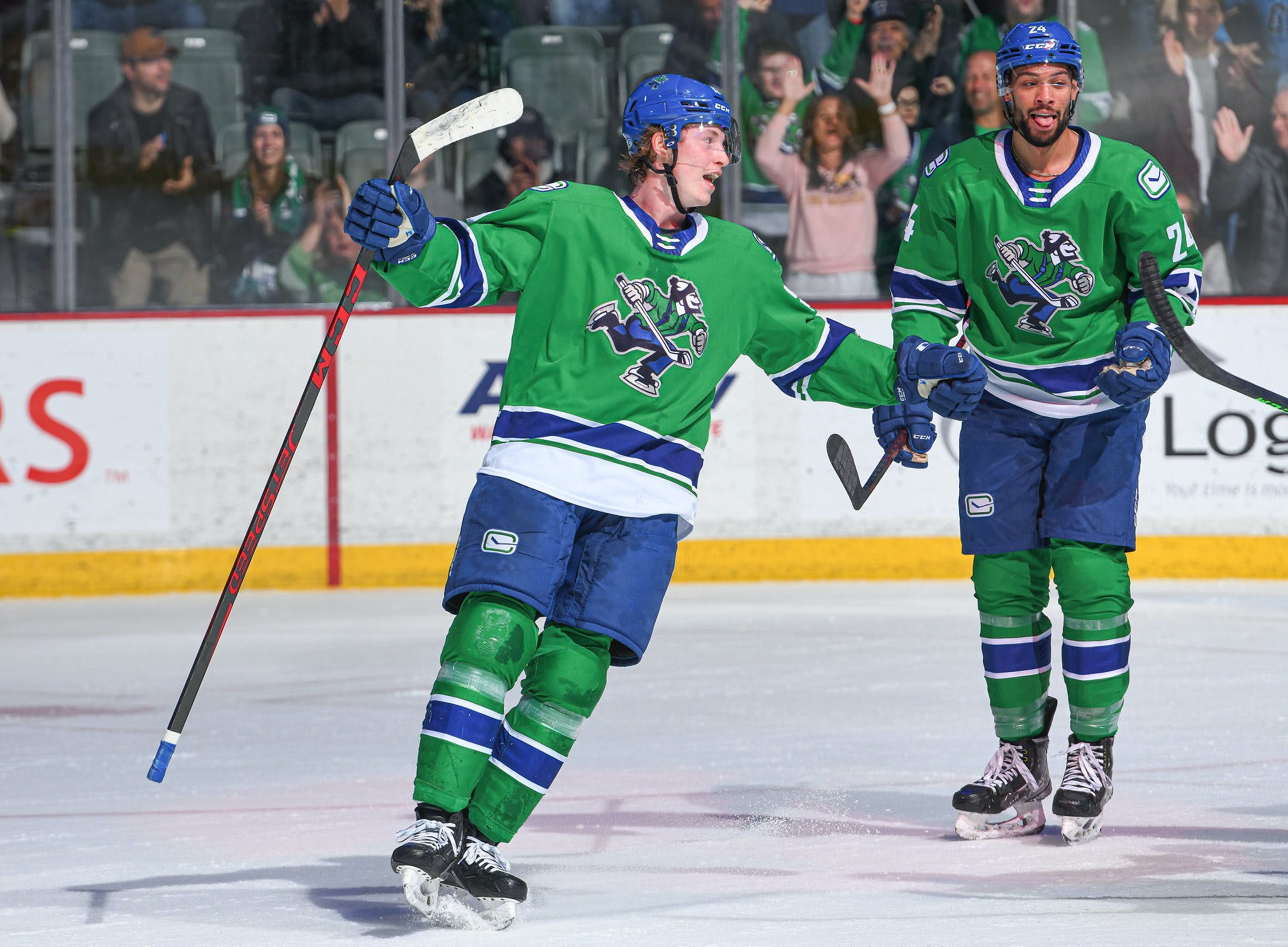 By Mike Gould
4 months ago
The Abbotsford Canucks have announced the schedule for their upcoming training camp, to be held in Port Coquitlam from October 5 to 8.
The Baby Canucks will hold 10:00 a.m. skates on October 5, 6, and 7 before facing off for an informal scrimmage at 6:00 p.m. on October 8. All the sessions will take place at Port Coquitlam Community Centre and will be open to the public.
This will be Jeremy Colliton’s first training camp as Abbotsford Canucks head coach. He replaced Trent Cull — promoted to the NHL Canucks as an assistant — behind the Abbotsford bench in July.
Under Cull, the Canucks finished the 2021–22 American Hockey League season with a 39–23–6 record, good enough to finish fifth in the Pacific Division. They were swept by the Bakersfield Condors in the first round of the 2022 Calder Cup Playoffs.
The Canucks will play their first game of the 2022–23 AHL regular season on October 14 when they visit the Ontario Reign. Their home opener is slated for October 28 against the San Diego Gulls.