Advertisement
Ad
AHL announces 2020/21 schedule: Here’s what you need to know about the Comets’ schedule 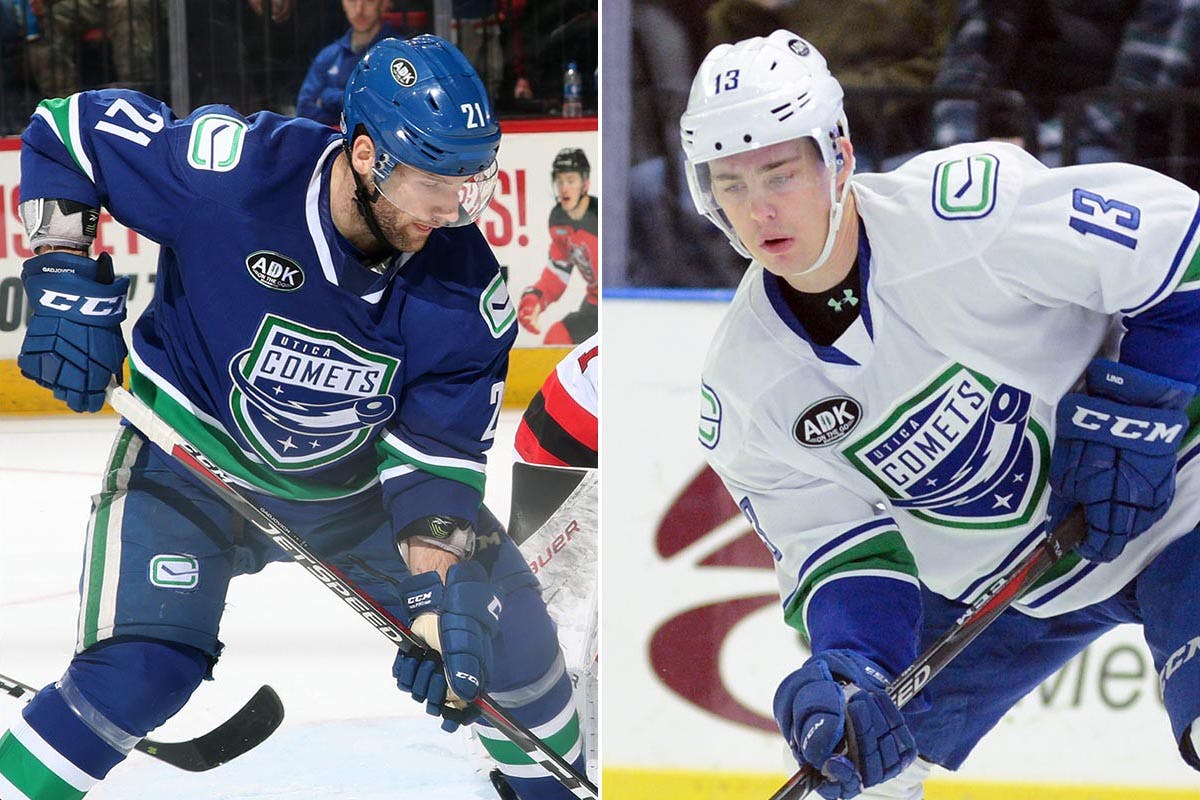 The American Hockey League announced their 2020/21 schedule this morning and we have you covered as far as Canucks prospects and players who will be plying their trades in the AHL this year. As things stand now, Vancouver will have players playing in Utica as well as Manitoba for this unique season.

The Canucks have loaned forward Tyler Graovac, defender Ashton Sautner, and goaltender Arturs Silovs to the Manitoba Moose in order to keep them handy for NHL/Taxi-Squad duty with a shorter quarantine time. Unfortunately, with Ontario still in lockdown mode, we will have to wait a little bit longer before finding out the schedule for the Canadian clubs.

As for the Utica Comets, they will have a few familiar faces back in the fold from last season, along with a couple of new ones from the Vancouver prospect pipeline, but they also have a load of players headed their way from St. Louis.

Forwards Kole Lind, Jonah Gadjovich, Lukas Jasek, and Sven Baertschi will return from last season’s roster, along with defenders Mitch Eliot and Josh Teves. Goaltender Jake Kielly will also be back. The Canucks have added rookie forward Will Lockwood and first-year defender Jett Woo into the fold as well. Although they aren’t Canucks property, the Comets will also see a pair of forwards from last year’s group brought back on AHL deals as Vincent Arseneau and John Stevens return with AHL pacts.

Utica will be packing a 32-game schedule into the days between February 5th and May 14th that will see them face their longtime rivals in from Syracuse and Rochester a staggering 14 times each with two games apiece against Providence and Binghamton. That should make for some heated contests and we’ve seen how players like Kole Lind and Jonah Gadjovich tend to be pretty engaged in those types of games.

The Comets will have seven back-to-back games this year but thankfully ended up without any three-in-threes as we have seen so often in previous seasons.

Utica will open their campaign on the road on Friday, February 5th against Rochester, followed by games against Syracuse and Binghamton before returning to the Adirondack Bank Center for their home opener against the Crunch on Wednesday, February 17th.

Only four of Utica’s games come before 4:00 pm Pacific this year, so the matinee games have been kept to a minimum.

This schedule has clearly been designed to give the players and team staff their best chance of avoiding excess travel and exposure to COVID-19 related issues. This will be a tightly compacted season that could end up really helping a couple of these young players establish themselves as legitimate options for the big club going forward while giving a couple of rookies the baptism by fire approach.

Stay tuned to this space for your Canucks AHL coverage as I will be keeping you up to date with Vancouver’s players in Utica as well as Manitoba this season.